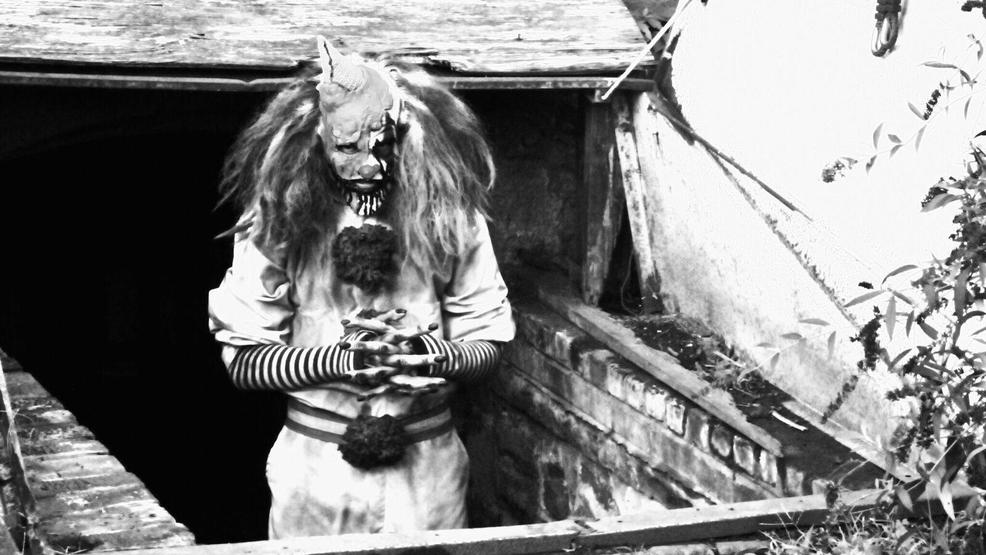 5 Halloween attractions to get your scare on

‘Tis the season to be scared. So just what are you afraid of? Creepy clowns? Demented dolls? Chainsaw-wielding lunatics? Flesh-eating zombies? Check. These haunted houses, trails and forests will make you sleep with the light on when you return home. You’ve been warned.

The tame kiddie slide, hayride and corn maze that this popular Fall Festival in Centreville is known for during the daytime hours turn decidedly sinister at night, with more than “forty acres of fear.” Attractions include the Cornightnmare, a three-quarter mile walk through a dark cornfield with aliens, zombies, bugs, caves, clowns and claustrophobia at every turn; the Dark Side Hayride, whose theme this year is a lost circus abandoned in the early 1900s; and a walk through the Forest. Tickets are timed and depending on when you go there can be quite a wait for some attractions; kill an hour (no pun intended) hanging out at the Firegrounds, which has blazing firepits, a 6-lane giant slide, Foamhenge, a coffin simulator and kettle corn and other snacks.

Touted as Northern Virginia’s only real haunted house (it’s located in Leesburg’s Paxton Manor), Shocktober returns for an eighth season with a brand new theme in the basement attraction, Carnival of Souls. As the legend goes, more than a hundred years ago the Carvers, a carnival family, were banished from Leesburg and forced to move to to the caverns underneath Paxton Manor. Now, the zombie cave dwellers have taken over the haunted house and terrorize anyone who enters. (If you are a bit skittish, you can buy a $5 “no scare” glow necklace, which will prevent the actors from targeting you.)

Built inside an abandoned and haunted building in Ft. Belvoir, this attraction opens on (when else?) Friday the 13th with an all-new experience. A recent flyer and photos advertised “bodies found in an abandoned doll factory”, “circus massacre death toll,” and a Victorian witches hut, so suffice it to say there is something for everyone, no matter what you most fear.

Described as “a balance between a haunted trail and a house of death,” this attraction in Prince William County is no mere walk in the woods. This year’s theme, “Monsters,” takes unsuspecting guests deep into monster-infested woods where they’ll come face to face with demented twists on Frankenstein, Dracula, The Creature, The Wolfman, The Mummy and more. Before or after, enjoy treats and games in the midway, and attempt their new Escape Room.

No listing of frights in the DMV and surrounding area would be complete without mention of this one in Dickerson, Maryland. One of the scariest Halloween attractions in the entire country, it’s also one of the few where the actors are allowed to touch you. This year is their 25th anniversary, and they are celebrating with a Dia de los Muertos (Day of the Dead) theme. You can select from one of three experiences (or multiple if you really are a glutton for punishment.) Trail one is the original, very wooded and heavily shadowed with rough terrain “and your deepest and darkest primal fears lurking where you least suspect them.” Trail two features startles and scenes that are designed closer together but will nonetheless make you “jump out of your shoes.” The Town is located on the opposite side of the farm, and starts and ends with a shuttle that drops guests into an old town filled with churches, mineshafts, butcher shops, jails, saloons and cat houses, and “the worst that our imagination can throw at you.” While you are working up your nerve, purchase tickets for activities including a Zipline, Death Jump, Giant Swing and Carnival Games.