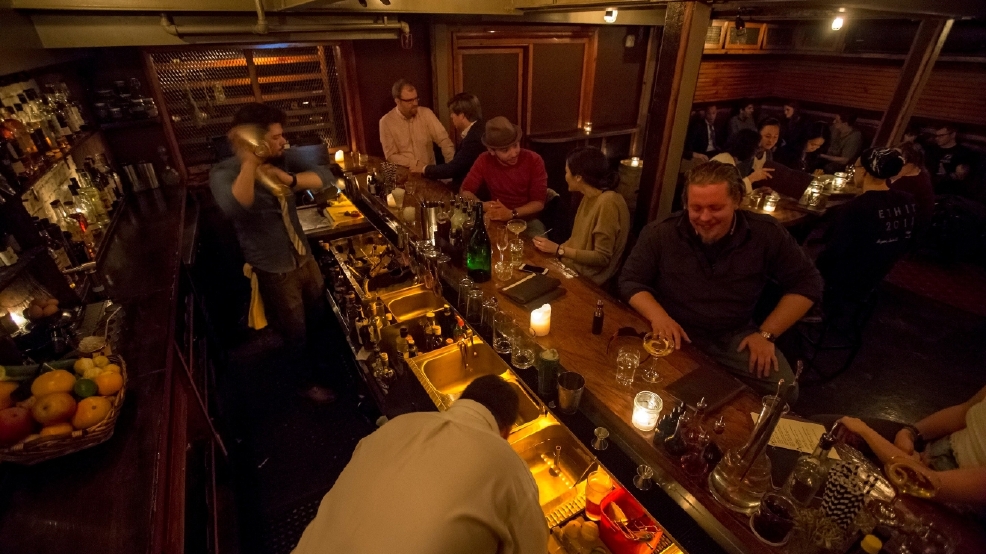 From cocktail celebrations to comedy and book signings, there is a lot happening in this District this week! (Image: Courtesy Dram & Grain)
SEE MORE

7 events you want to have on your calendar this week

Royal Knights: Rickey Royalty: The Royal is paying homage to DC's official cocktail, the Rickey, with a special D.C. pride edition of "Royal Knights" this week. JP Fetherston of the Columbia Room is guest bartending all night alongside the Royal's Lee Carrell, slinging their own takes on the Rickey. 8 Rickeys, $8, all night. Flying Dog Brewery's brand new Grapefruit Hibiscus Radler from their #BrewhouseRarities collection (because really, a radler is essentially a beer rickey) will also be available. The Royal is one of the first in D.C. to get this beer, so try it before it's gone! And come hungry, because Chef Yuan Tang from upcoming restaurant concept Rooster & Owl is taking over the kitchen, serving up small bites like the R&O corndog w/lamb gyro and honey tzatziki, and Vietnamese Glazed Pork Ribs with peanuts and green papaya slaw. The Royal, 501 Florida Ave NW, 9 p.m., free

Jeffrey Ryan Book Signing: Stop by Thos. Moser Georgetown Showroom for the first stop on Jeff Ryan's five-month tour for his new book Appalachian Odyssey about his 28-year journey hiking the Appalachian Trail, which he says encourages setting goals, chasing dreams and achieving them one step at a time. Traveling in his 1985 Vanagon wrapped in the Appalachian Odyssey book cover, Ryan will also stop at 30 L.L. Bean stores from Maine to Colorado to discuss hiking the Appalachian Trail that runs from Maine to Georgia. He hiked each trail one at a time with each section of the book presented as a self-contained story, modeled loosely on Chaucer's Canterbury Tales. Thos Moser Showroom, 1028 33rd St NW, 6 p.m., free

Louis C.K Standup: If you missed his surprise shows back in April at the DC Improv and the Lincoln Theatre that sold out in minutes, don't miss your chance to see this hilarious dude this week. He added a D.C. stop to his tour late in the game, but from what we hear, his new material is a can't-miss! DAR Constitution Hall, 311 18th St NW, 8 p.m., $50

Icebergs Late Night: Under the Surface: Hang out in the "Chill Zone" and talk with the ICEBERGS' creators, as well as polar scientists and researchers. Build your own berg with construction materials from the ice-inspired installation. Challenge family, friends, or yourself to an Instagram scavenger hunt or glacial exploration trivia search throughout the historic building. Enjoy food offerings from Hank's Oyster Bar and music by DJ DeRico. National Building Museum, 401 F St NW, 6 p.m., $5-$16

Bastille Day Celebration at CityCenterDC! Hop on over to The Plaza at CityCenter for an evening of French music and celebration with the Bon Musique Quartet. Pop into Caudalie and enjoy wine tasting, mini facials and 10 percent off purchases before enjoying special menu items and dining specials at DBGB Kitchen and Bar, Fig & Olive, Del Frisco's Double Eagle Steak House, Mango Tree and more. CityCenterDC, 825 10th St NW, 6 p.m. free