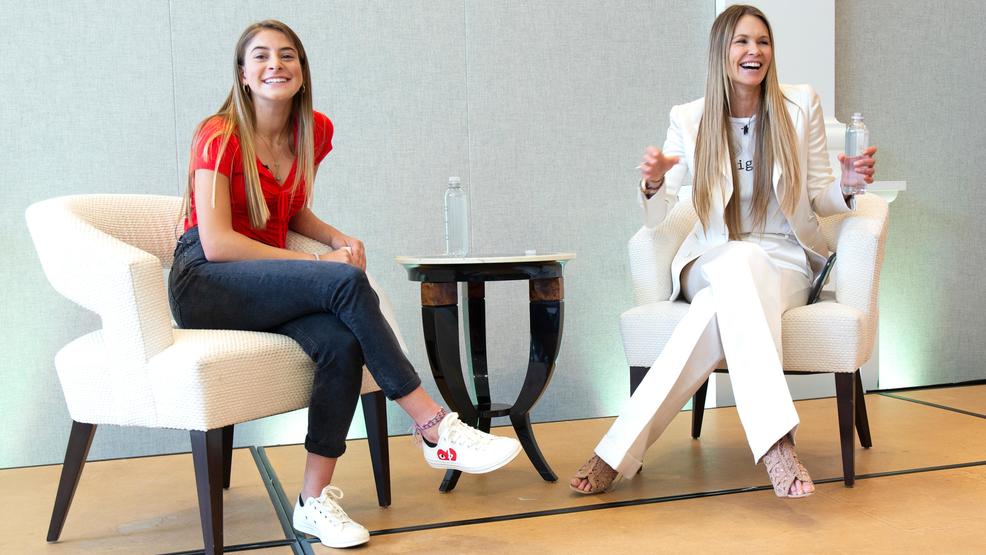 While most high school sophomores spend their spring slogging their way through geometry homework and desperately wishing it was summer break, 15-year-old Ariel Beck was busy planning an entrepreneurship summit for 200 women ranging in age from middle school to graduate school students. As CEO of the non-profit Girls Who Start, Beck was intent on making her inaugural summit a success, so that it would not only be her first summit, but her first of many. After months of planning, her break-through moment came when she secured Elle Macpherson as the summit's keynote speaker.

"I had never really considered female leadership until 2015 when I heard my mom [Marla Beck] speak at Amazon’s first Women’s Entrepreneur’s Conference in Seattle," said Beck. "In her speech, she shared that only five percent of public companies have female CEOs, that only five percent of partners at venture capital firms are female and that 98 percent of venture capital money was being given to men. I realized these numbers were something I wanted to change, but I had no idea where to start."

Rather than be discouraged by these stats, Beck used the resources she had in her life, namely her mother's entrepreneurial experience as the co-founder of Bluemercury, and began inviting notable female leaders to speak to girls at her school. When she realized the demand was high, she founded Girls Who Start. Currently, there are two chapters of the organization dedicated to inspiring young women to become entrepreneurs and leaders. The founding chapter is at Sidwell Friends School and the first expansion chapter is at Walt Whitman High School. But Beck wanted to get the word out and spread her message wide. Thus, the Girls Who Start Entrepreneurship Summit was born.

"It definitely wasn't easy balancing my schoolwork, sports and the summit planning, but Elle Macpherson was a big get for us, and it gave me so much hope for the potential of the summit," said Beck.

Considering it was the non-profit's first major event, Beck wasn't sure how many attendees she should expect. She planned for 150 women, and wound up having more than 220 women register, and had to create a waiting list. Ultimately 200 women from 30 different schools attended the one-day summit; seven of the attendees expressed interest in starting chapters of Girls Who Start at their own schools at the end of the summit.

Beck credits Kate Goodall, the CEO of Halcyon, who hosted the summit, as her mentor during summit planning. The duo structured a day of programming ranging from discussions on creating a brand from female leaders like Natalie Mackay (CEO of Winky Lux) and Elizabeth Galbut (founder of SOGAL Ventures) to workshops on pitching entrepreneurial ideas and finally the keynote speech from fashion icon Elle Macpherson, who is now the co-founder and creative director of WelleCo.com. Oscar winner Claire Sliney also led a chat about activism through film.

"[Kate] really helped me to plan the summit agenda, and suggested a 'how to pitch' workshop, which was very popular," says Beck. "Even if you have the greatest idea it won't go anywhere unless you know how to pitch it, and at the end of the summit, we had women pitching their ideas and even connecting with some of our sponsors."

Though Beck said she was very pleased with the success of the first summit, she isn't stopping there. Her goal is to see 100 chapters pop-up nationwide in the next five years, and would love to see at least one international chapter. Her summit attendance goal for next year is 300 women.

"The only way to change those numbers I heard from my mom is to start now -- age doesn't matter," says Beck. "But you can't make change without first starting."