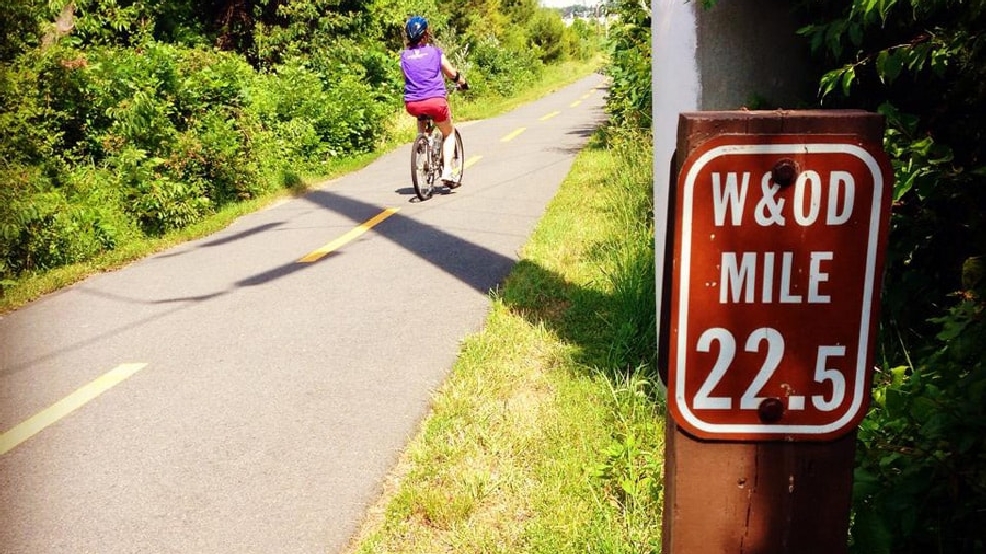 Bikes & Brews: Take a brewery tour while biking along the W&OD Trail

Do you love beer? Do you love the outdoors? Then this itinerary is for you! Explore the W&OD trail on a bike, while making stops at cute towns and breweries that you can literally bike up to!

The 45 mile Washington and Old Dominion trail connects Washington D.C. to Loudoun County. Now, if you are ambitious or an avid biker, you can start the trail in Arlington and head out on a leisurely ride towards Loudoun, but if you are unable to, a suggestion would be to drive up to the starting point of this itinerary and hop on the bike there. Loudoun County is only about an hour away (not during rush hour, obviously!) so makes for an easy day trip.

Your first stop (or starting point) is the Beltway Brewing Company in Sterling, Virginia. This is not a traditional brewery in the sense that they are a contract brewery, making beers for other clients instead. Occasionally, they do brew batches of their own beer, which will be available in the tasting room in addition to the beers currently being brewed for their partners. Mile marker 22 – 22.5

Stop two should be the tasting room at Old Ox Brewery in Ashburn, which is set in the middle of a bunch of nondescript office buildings, but easily seen from the bike trail. . One of my favorite stops, the warehouse style brewery has plenty of seating with tables and comfortable couches, and the beer is really really good. The Golden Ox Belgian style Golden Ale is refreshing with a slightly fruity finish and is easy to drink!), while the Alpha Ox IPA is another crowd favorite. Some of their experimental brews are worth a try too! Mile Marker 25 -25.5

From here, continue the ride to downtown Leesburg, for stop number three at Crooked Run Brewing, a smaller brewery that is on the more experimental side. The red kolsch is their flagship, but they also do some good sour beers and IPAs. Tip: Since everything here is small batch, if you really like something grab it when you can! 0.2 miles off mile marker 35 -35.5

In downtown Leesburg, you should also grab a pizza at Fireworks, and bike around the downtown area which has a number of boutique stores as well.

If you want to explore Leesburg a bit more, you can check out Macdowell Brew Kitchen, a popular outdoor bar that began brewing beers a couple of years back (how about Weiz Ass Wheat :D), or the family owned Loudoun Brewing Company. If not, get back on the trail and ride out to the end in Purcellville at mile marker 44 and stop at Corcoran Brewing Company. Sit at one of the picnic tables, get a tasting and grab some of the free popcorn! If you plan on getting here more often, join their beer club, which I think more breweries should have!

If you’ve had enough beer and want something different, move on Catoctin Creek Distillery. The first legal distillery in Loudoun County since before Prohibition! Get a tour, a cocktail or two, and call it a day before heading back to where you started!

You’ve biked a lot, you probably had a lot to drink, so be safe if you are planning on heading back to D.C.. If not, make it an overnight trip and get a hotel or B&B in Leesburg, there are plenty!

Now that spring is here, it’s time to get out and enjoy the sunshine before the heat of summer sets in!