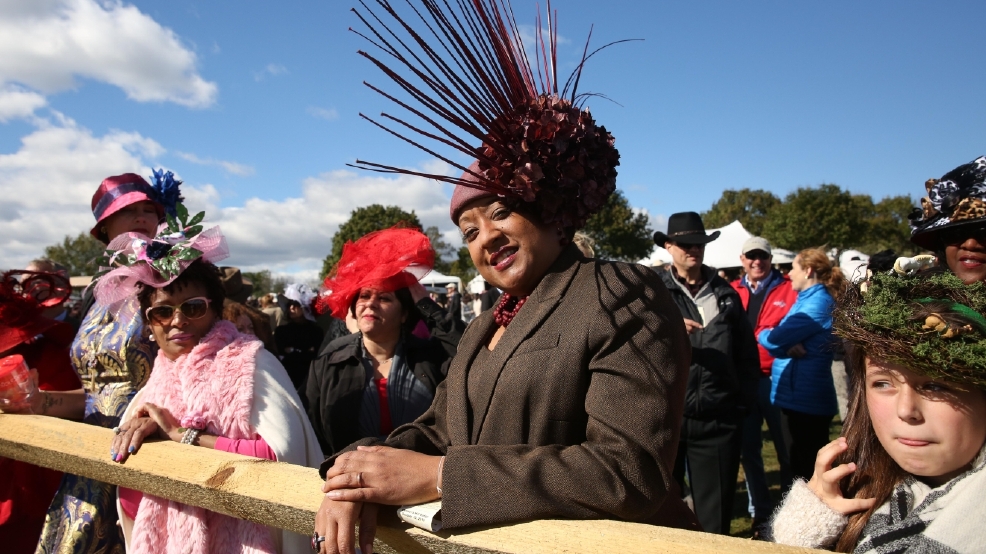 I know nothing about hats.

When I was invited to be a “celebrity judge” for a hat competition at the Virginia Gold Cup horse races on Oct. 22, I had to re-read the email twice to convince myself that it wasn’t a mistake. Armed with hastily Googled hat-related terms, I trekked out to The Plains, Virginia.

In the press tent, Kelly Collis, the co-host of the Tommy Morning Show on 94.7 Fresh FM, and Cecilia Mencia, the editorial manager of Posh Seven Magazine, and I were all given a ledger with details on how to evaluate the contestants. The categories included the most glamorous or elegant, best racing theme, funniest or most outrageous, best child’s hat and best men’s hat.

At exactly 2:30, I was shepherded into the winner’s circle with a pen in hand to judge the contestants. Within five minutes of arriving, my hat blew off twice. This seemed like a clear sign that I was an unfit hat judge - surely people who put the effort into their hats have figured out a way to keep it attached to their heads, right? Fortunately, I felt like less of a newbie when I saw that my fellow judges were also struggling with the wind.

I tried not to think about the fact that several of the adorable kids eagerly pressing up against the fence would probably be a little crushed. I awkwardly asked one 13-year-old contestant about the inspiration for the hat she made - did she have bees in her garden?

As it turns out, coolness is not a requisite for hat judging. Keeping a straight face isn’t required either, as I found out when I laughed out loud at an older couple who showed up with matching hats that included fake birds and margarita glasses - relationship goals, am I right?

Farther down the line, the faces of some contestants crumpled a little when I asked if their hats were homemade. All the judges placed a lot of value on the DIY aspect and none of the hats we took into consideration were completely store bought - the contestants we liked at least seriously altered their hats themselves.

After making the rounds, the judges and I huddled together to make our decision, which was surprisingly easy. We all loved Candace Washington’s spiky number, which reminded me of going to punk rock concerts when I was younger, but I think I was the only one with that association. She took home the prize for the most glamorous hat and she’s won in the past for her striking creations.

The funniest was clearly the couple with the matching hats, Ann and Paul Walsh, and we decided to split the prize between them. The kid’s competition was slightly more wrenching, but ultimately Elizabeth Moty impressed all of us with her adorable halo with miniature horses.

We hit a snag when it came to the men’s category - unlike the spring Gold Cup, there weren’t any serious male contestants. So we wound up picking two men out of the crowd who wore black top hats, Nestor Fernandez and John Nelson. When the judges ventured back to the crowd to congratulate the winners, one woman, who didn’t win, heckled me. “He bought his hat here,” she yelled accusingly. I shrugged it off and told her it was for the men’s category, but she pouted that it wasn’t fair.

Although I still haven’t figured out how to make my own hat stay on my head and eventually just gave up on it, the other judges and I were happy with our selection. If you’re looking to bring home that coveted green ribbon at the next Gold Cup in spring, here are four tips: