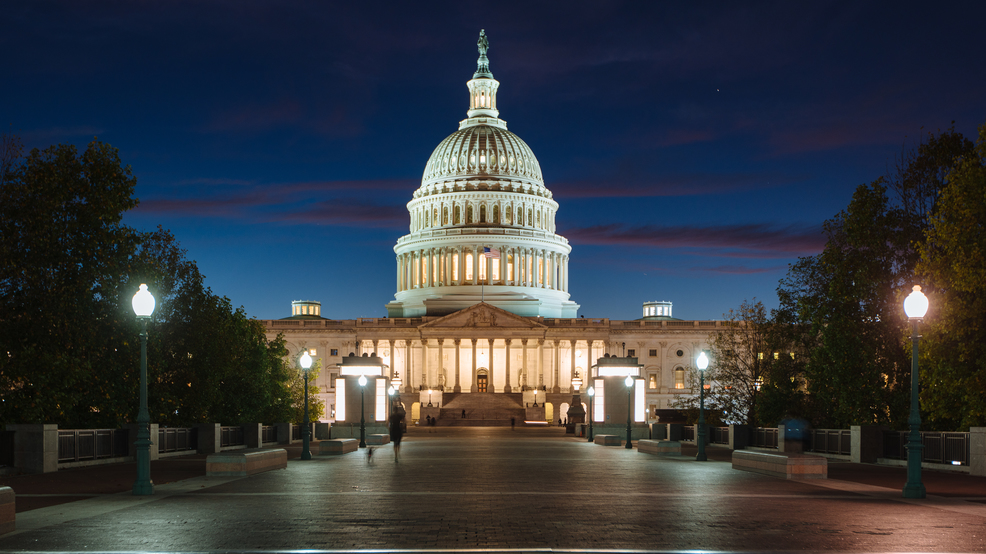 Get briefed on seven things everyone is talking about this week. (Image: Getty Images)
SEE MORE

Hill Happenings: 7 things to know before you hit happy hour

Here at DC Refined, we aim to be a place where readers can come and know they will be informed of the latest local entertainment and lifestyle news. Of course, in D.C., political news is as much our entertainment as the latest Kardashian drama. Hill Happenings will present the week’s current events from a bipartisan view, without commentary, for your perusal. After all, you want to be as informed as possible before you hit up happy hour, don’t you?

Here’s what everyone is chatting about this week:

1. House fails to override Trump veto of his border national emergency: Lawmakers voted 248-181 in favor of overturning President Trump's first veto, but that was 38 votes shy of the number needed for the required two-thirds majority. The veto came after Congress sent Trump a resolution annulling the national emergency that Trump had declared at the US-Mexico border. The victory will allow Trump to spend billions more for constructing barriers along the Southwest border than Congress has approved.

2. Congressional Hearings on FAA's oversight process of Boeing: Congressional hearings into the Federal Aviation Administration's oversight of Boeing before and after two deadly crashes of its best-selling airliner began Wednesday. The FAA has thus far defended its practice of relying on aircraft makers to help certify their own planes for flight.

3. Mueller Report Update: Attorney General William Barr has promised he will release at least a partial version of the Mueller Report in April, but Democrats are demanding a full and fast release. Barr's four-page synopsis released Sunday stated they found no evidence that President Donald Trump’s campaign “conspired or coordinated” with the Russian government to influence the 2016 presidential election.

4.. Bill to legalize medically assisted suicide in Maryland defeated in state Senate: A measure to allow the terminally ill to end their lives with a doctor's help failed on a tie vote in the Maryland Senate. The vote Wednesday was 23-23, short of the majority needed to advance the bill, known as the End of Life Options Act.

6. Dismissal of Jussie Smollett case: Empire star Jussie Smollett says he was assaulted by two men late at night in downtown Chicago in a racist anti-gay attack, but prosecutors say he faked the whole thing in order to attract attention to advance his career. But on Tuesday, authorities abruptly dropped all charges against Smollett, abandoning the criminal case only five weeks after the allegations were filed. In return, prosecutors said, the actor agreed to let the city keep his $10,000 in bail.

7. Predicted peak bloom for cherry blossoms moved up to April 1: The National Park Service announced Tuesday the peak bloom will now occur April 1. The original prediction made March 6 said it would reach peak bloom April 3-6. According to the National Park Service, it's prediction date moved up because the indicator tree is in full bloom and temperature forecasts are in the upper 70s this weekend. Determining the peak bloom date requires checking both the forecast and where the trees are in the blooming process.