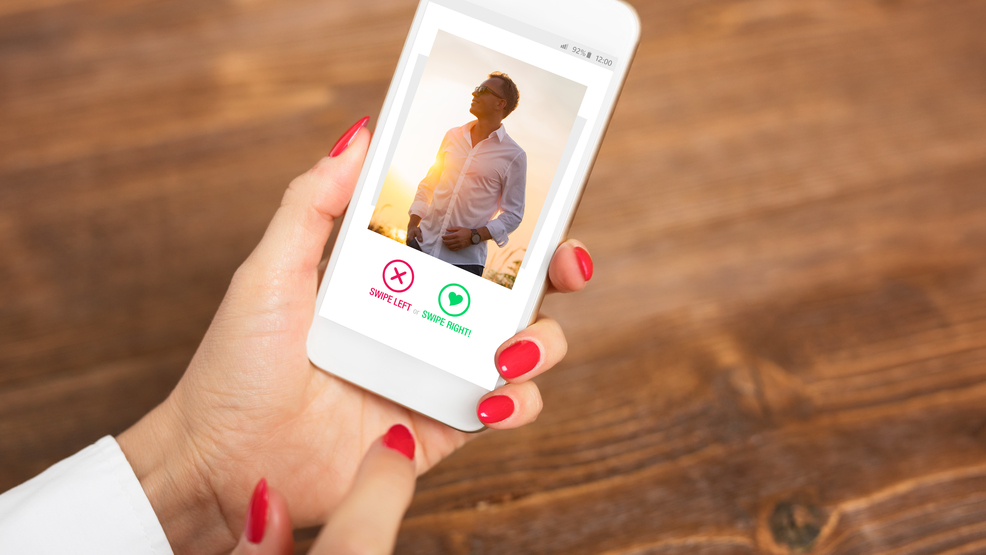 These days finding our potential soulmate is as easy as a swipe of your thumb. (Getty Images)
SEE MORE

Comparing 8 of the most-used dating apps in D.C. (part 1)

Smartphones have completely changed the way we live. And they've definitely changed the way we date. Now, finding our potential soulmate is as easy as a swipe of your thumb. But is it really that easy? With love on the brain, we're taking a look at the different dating apps people use in D.C. and what people *really* think about them.

This is the OG dating app. You know the concept: swipe right on a profile if you’re interested, swipe left if not. Once you match with someone, either of you are able to initiate a chat. To create a profile,upload a couple photos, a short bio and start swiping! You can connect your Tinder profile to your Facebook profile so that you can list where you attended school, where you work and see if any potential matches have mutual interests. This is location-based, as almost all of these apps listed are, so you can adjust the maximum distance you’d like for your match-pool to be in your settings. You can also limit the age range you are interested in. Tinder is now popularly known as more of a hookup app than a dating app.

Local Review: “Now, most of my peers recognize tinder as the hookup app, but I'd say the first time I downloaded it's just what I'd heard of most people using. These days I mostly use it for window shopping - checking out who's around when I travel somewhere new or mindlessly swiping, often after a night out. I'm admittedly pretty bad at the follow-up, but from my experience, the majority of guys I match with don't really seem to have many intentions to move beyond small-talk or an Instagram follow. Every once in a while, I've found a spark of mutual genuine interest, but they're few and far between.” -- 24-year-old female, interested in males.

Bumble has a similar swiping concept as Tinder, but with a twist: the ladies must make the first move and they only have 24 hours to do so. Also similar to Tinder, you create a profile by connecting to your Facebook page, uploading a couple photos and creating a short bio. You can also list what you’re looking for: something casual, a relationship, marriage, etc. and answer prompts about yourself, such as if you drink, how active you are, if you have pets, how tall you are, etc. Bumble also has a nice feature for the ladies out there who may not know how to make the first move -- there are suggested openers so that your messages are a little more fun and engaging than the boring “Hey, how was your weekend?”

Local Review: “I was a Tinder user, but I loved the idea of women having to make the first move. It is a refreshing take on the modern dating game. Especially with the inappropriate messages that come through on other apps like Tinder. I ultimately ditched the apps and found my guy the old fashioned way, though.” -- 25-year-old female, interested in males.

This app is a little different in that it asks users to complete a series of fun prompts about themselves, and potential matches can respond to your photos or prompts directly. It’s intended to be an easier way to make conversation. It also varies from Bumble and Tinder because you don’t “swipe.” If you aren’t interested in someone, you click the “no” button. If you are interested in someone, you have to interact with their profile in some way (by liking or commenting on a photo or prompt). Hinge also asks you to include things like your height, where you work, where you went to school, ethnicity, religion, drinking and smoking habits and more. These types of prompts on dating apps are generally a good way for you to see if someone would fit into your lifestyle and shares the same values, and vice versa!

Local Review: "I liked using Hinge over other dating apps because of the pre-made prompts that make it easy to start conversations. I’ve always struggled to speak to women in person and the nature of my job makes it hard to meet them, but the app made it convenient and easy to connect over common ground. I ended up dating a girl for a few months from Hinge, and I still use the app now, but I’d like to eventually meet my next girlfriend in person. Maybe I just use it as an excuse not to get out of my comfort zone.” -- 24-year-old male, interested in females.

Her is a women-only dating app for lesbian, gay, bisexual, bi-curious and queer women who are interested in other women. Her is particularly inclusive, allowing users to select from a long list of gender and sexuality identities. To use Her, create a profile either using Facebook or uploading a couple photos and a short bio. If you’re interested in another user, “like” an item on their profile. From there, they can decide to send you a message. Or, they can “like” you back, which makes it a match. If you match, both users are able to send that first message. Her also has a “Feed,” which is the app’s blog about LGBTQ life, events and more. Because of this feature, it’s a great way to meet people but also get more involved in the LGBTQ community in your area.

Local Review: “I like the idea behind it since it’s one of the most widely used apps for queer women. However, the usability interface is lacking. It’s not as user friendly as Tinder, for example. But, it allows for you to add what height you are (which is surprisingly helpful, at least for me haha). It also gives you multiple options to choose for sexuality which is amazing. As for meeting girls, unfortunately I haven’t had time because of grad school, but I downloaded it originally because some of the most influential queer women I follow on social media have met their partners through Her, so eventually I hope it will do the same for me!” -- 23-year-old female, interested in females.

Stay tuned for ]the second part in our two-part series covering The League, Ship, Grindr and Coffee Meets Bagel.