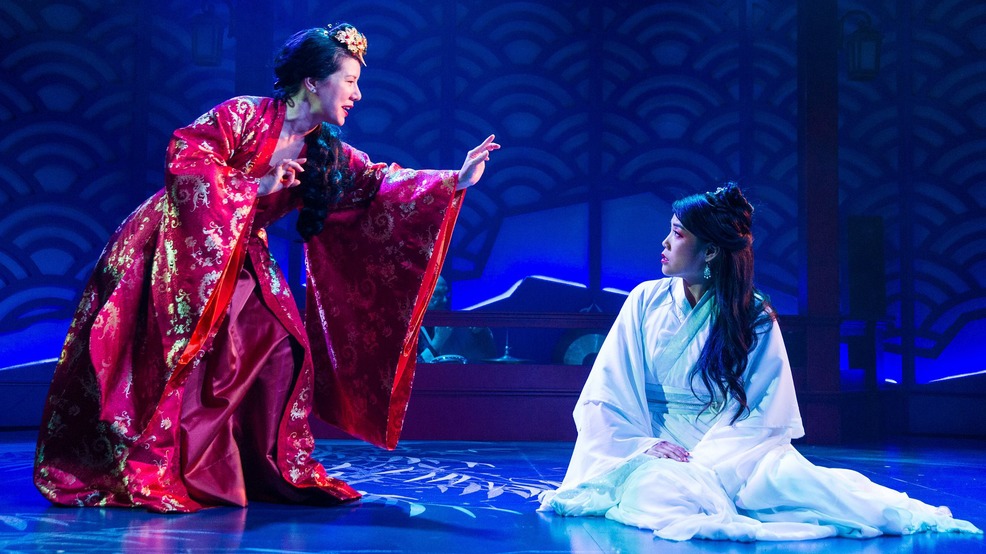 Evoking classic fairy tales like “The Little Mermaid,” "The White Snake" is a timeless romance that teaches the values of loyalty, compassion and understanding. (Image: DJ Corey Photography)
SEE MORE

Theater Tuesday: 5 must-see shows for May

This month's list is full of modern adaptations of classic plays and literature, mixed in with newer diverse works. There is a soul-stirring gospel musical, an adaptation of an ancient Chinese folktale, and a classical tale to celebrate the last show of a long-time Artistic Director in the D.C. theater community.

In this adaptation of an ancient Chinese folktale, a snake spirit transforms herself into a woman in order to experience the human world and falls in love with a humble pharmacist’s assistant. Evoking classic fairy tales like “The Little Mermaid,” "The White Snake" is a timeless romance that teaches the values of loyalty, compassion and understanding.

A playground altercation between 11-year-old boys brings together two sets of Brooklyn parents for a meeting to resolve the matter. At first, diplomatic niceties are observed, but as the meeting progresses, and the rum flows, tensions emerge and the gloves come off, leaving the couples with more than just their liberal principles in tatters.

The world-renowned Fisk Jubilee Singers shattered racial barriers in the U.S. and abroad, entertaining kings and queens. For centuries, the bold a capella African American ensemble born on the campus of Fisk University has blended their rich voices together sharing a heritage of suffering, strength and endurance. With uplifting spirituals and hymns including “Wade in the Water,” “Ain’t That Good News,” “Swing Low, Sweet Chariot” and “Nobody Knows the Trouble I’ve Seen,” this a capella musical with more than three dozen songs is sure to enlighten audiences.

Through 10 years of war, grief and rage, Queen Clytemnestra lies in wait for her husband Agamemnon’s return, determined to avenge one child, only to doom the others. The sole surviving trilogy in Greek tragedy, "The Oresteia" chronicles a deluge of violence that can only be stopped when society peers into its own soul and sees the depths of its complicity. Playwright Ellen McLaughlin has written a new version of the classic, commissioned by STC. Her play, three years in the making, weaves together the works of Aeschylus with stunning poetry and emotional heft. An epic, world-premiere interpretation of this pillar of western culture, "The Oresteia" makes a fitting end to Michael Kahn’s tenure as Artistic Director of the Shakespeare Theatre Company.

In 1920, Russian Jewish writer Isaac Babel starts a diary while wandering the countryside with the Red Cavalry. In 2010, after the crash of an aircraft carrying the Polish president, his diary is discovered among the wreckage. What did Babel write, and why does it matter so much to one ruthless KGB agent destined to become one of the most powerful figures in the world? "Describe the Night" uncovers the mystery by tracing the stories of seven lost souls connected across decades by history, fiction, lies and blood.