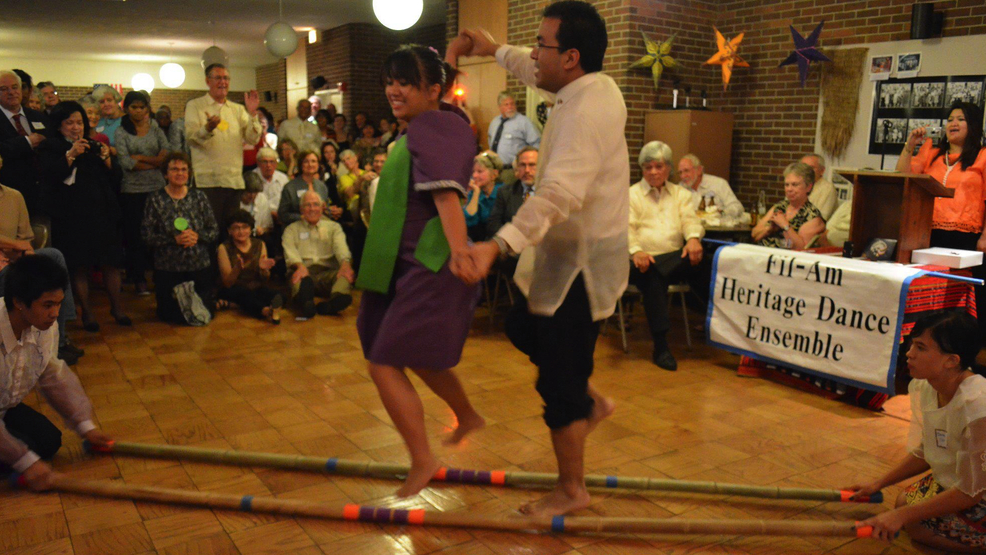 On May 30, about a dozen local performers will perform at D.C.’s Keegan Theatre for "On Our Own, We’re Fierce Too," staged by La Ti Do Productions and billed as the first D.C. cabaret with an entirely Asian-American cast. Performances will include highlights from Hamilton, Golden Age musical theater pieces and spoken word in a show benefiting the National Asian Artists Project. (Image: Courtesy Matthew Aninzo)
SEE MORE

&lsquo;On Our Own&rsquo; brings the first all-Asian cabaret to D.C.

“Just you wait until there’s a production of Miss Saigon that rolls around—you’ll be perfect.”

Sarah Anne Sillers has heard some version of that time and again. The Helen Hayes Award-nominated actress, based in Silver Spring, hopes the day soon comes when options for Asian-American actors go far beyond South Pacific and The King and I.

On May 30, Sillers will join about a dozen local performers at D.C.’s Keegan Theatre for "On Our Own, We’re Fierce Too," staged by La Ti Do Productions and billed as the first D.C. cabaret with an entirely Asian-American cast. Performances will include highlights from Hamilton, Golden Age musical theater pieces and spoken word in a show benefiting the National Asian Artists Project.

The show is as much a celebration of local talent as it is a response to Broadway and Hollywood’s diversity problem when it comes to Asian-Americans. Though the 2015-16 theater season saw a five percent rise in total roles played by actors of color on New York City stages, Asian-American representation fell five points, according to a recent study by the Asian American Performers Action Coalition. Hollywood, meanwhile, has long been accused of “whitewashing” potentially Asian roles in movies such as Annihilation, The Great Wall and Ghost in the Shell (starring Natalie Portman, Matt Damon and Scarlett Johansson, respectively) by casting them with white actors.

Though La Ti Do, launched in 2012 by actor Don Michael Mendoza and poet Regie Cabico as a weekly musical theater and poetry cabaret, has highlighted Asian-American performers in years past, Mendoza took things a step further this year after seeing a trailer for Crazy Rich Asians, an upcoming film based on Kevin Kwan’s bestselling novel.

“I was like, ‘Wow, so it is possible,’” says Mendoza, who is Filipino. “Hollywood can find these people to put a movie like this together that’s not about being a kung fu master or being a sage in the mountains, or like Karate Kid.”

Also performing is Matthew Aninzo, an opera singer and performer of Philippine folk dance who lives in Maryland. When Aninzo saw a recent performance of Allegiance, a musical with a largely Asian-American cast that was inspired by George Takei’s imprisonment in a World War II-era Japanese-American internment camp, he says his first reaction was, simply, “pride.”

Though Sillers recently understudied for Studio Theatre’s Vietgone, which she praises for flipping Asian-American stereotypes on their head, her heritage has been an issue in the audition room for many productions. With a Chinese mother and Caucasian father, the actress is half-Asian, or “hapa”—an identity that has befuddled some casting directors, who struggle to put her in an ethnic category.

“What I sort of crave is to see Asian performers in roles that aren’t explicitly Asian or that don’t have to be,” Sillers says. “That they aren’t just there to check a box.”