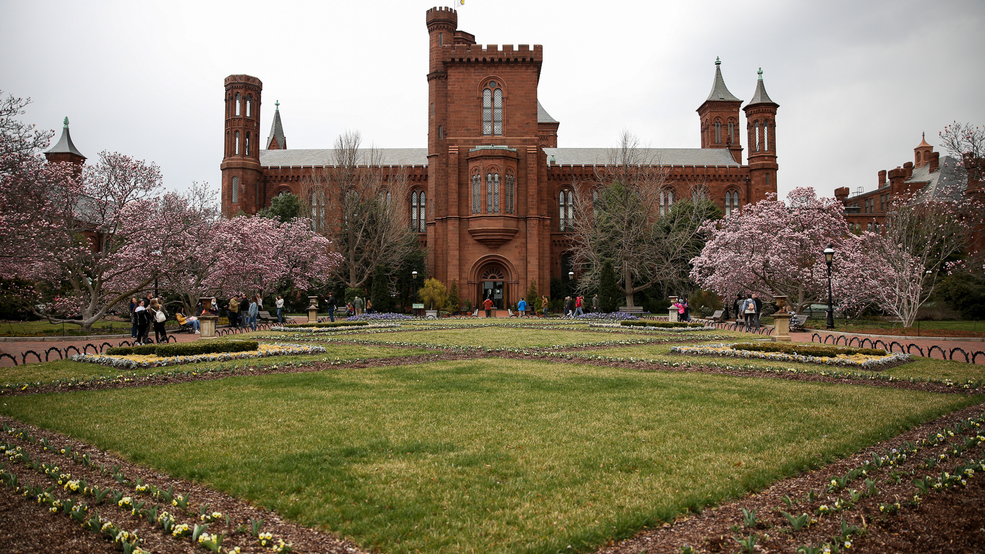 Museum Week kicked off Monday, but it’s also National Public Gardens week. The Smithsonian Gardens is an accredited museum, and its unveiling a project for the first time in its history.

One of the highlighted attractions is the parterre outside of the Smithsonian castle. Parterre is a French term meaning on or along the ground. Its’ a breathtaking ornamental garden style that originated in the 16th century renaissance in Italy.

“We haven’t built new gardens, but we've just dded to the charm that we have here,” says Barbara Faust, director of the Smithsonian Gardens.

The Smithsonian Gardens is opening its first-ever Smithsonian-wide exhibition.

“In the 47 years we've been in existence, we've never done anything like this,” says Faust.

The special habitats include 14 separate exhibits in indoor and outdoor gardens at different museums, all exploring the importance of protecting habitats. And it’s more than just plants...

One exhibit features large-scale models of dragonflies to illustrate the importance of one of the oldest indicator species. The dead wood is life exhibit outside of the National Museum of American History focuses on the critical role even in our own gardens.

The sheltering branches exhibit outside of the National Museum of African American History and Culture has repurposed wood that was harvested from trees the Smithsonian has cut down through the years.