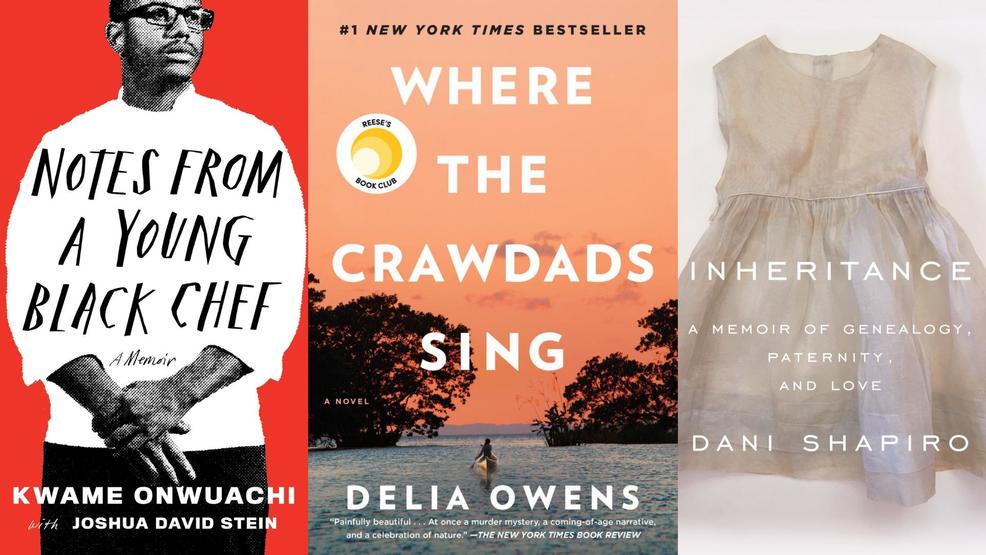 From memoirs to romance and psychological thrillers, the themes of coming-of-age, community and grappling with an identity crisis abound in my spring 2019 book recommendations. (Images: Courtesy of publisher)
SEE MORE

10 solid books to dive into this spring

After really slacking on my personal reading goals at the end of 2018, I have kicked off 2019 with a vengeance. Lucky for me, there were some incredible book releases in the last few months, making this list difficult to narrow down to my top 10 picks. From memoirs to romance and psychological thrillers, the themes of coming-of-age, community and grappling with an identity crisis abound in my spring 2019 book recommendations. So pick one (or 10!) up at your local bookstore, and let me know what you think. Happy reading, fellow book worms!

The Story: Everyone and their mother told me I needed to read this book, and let me tell you, they were not wrong! The writing is stunningly beautiful and the story is so unique, making this gem of a read very fresh. It took me a bit to get into this one, but it was worth it to push through. For years, Kya Clark, who the locals mockingly call "Marsh Girl" and gossip about, has survived on her own in the marsh of a small town on the North Carolina coast. But when a base need for human connection takes over, Kya allows two local boys in to her heart, and tentatively explores her sensuality. Several years later, when the town heartthrob is found dead, Kya is the first suspect. "Where the Crawdads Sing" is a gripping tale of love, heartbreak, loneliness, empathy and, in the end, a bit of a mystery. But most of all, it's a love letter to the natural world that deserves an attentive read.

The Story: Writer Dani Shapiro has been telling her life story for as long as she can remember. She's written four memoirs and five novels, and shared her innermost thoughts on everything from her upbringing in an Orthodox Jewish community, her spiritual explorations and the tragic death of her father. But when she learns at age 54 that the only father she's ever known is not her biological father she realizes that she has never truly known her own story. In her latest memoir, Dani is emotionally vulnerable with her audience in a whole new way as she explores the age old question of what makes us who we are. She shares her search for the truth, for forgiveness, for peace and, ultimately, for acceptance.

The Story: There's nothing more romantic than a proposal from your super cute boyfriend on the jumbotron at a Dodgers game... right? WRONG! Especially when said boyfriend has only been in your life for five months and doesn't even spell your name correctly in his proposal! What should be one of the most exciting moments of a girl's life quickly becomes a nightmare for Nikole Paterson when her actor boyfriend inflicts this horror upon her in front of 45,000 strangers, and a group of his closest bros, and tells her to just "live a little" when she hesitates at the proposal. Lucky for her, bystander Carlos and his sister Angie come to her rescue and whisk her out of the now very unfriendly stadium and deliver her to the safety of her friends and a dark bar. Nikole's efforts to pay Carlos back for his kindness quickly lead to romance, and a steamy rebound relationship. But when their hookups start toeing the line of real intimacy, both Nikole and Carlos must face their past in order to determine their future.

The Story: In two short years, Chef Kwame Onwuachi has gone from being a 27-year-old chef whose first restaurant lasted less than three months, to a 29-year-old chef who is running a successful restaurant venture in one of D.C.'s hottest neighborhoods, a James Beard finalist for Rising Star Chef of the Year and a RAMMY finalist for Rising Culinary Star of the Year. And as of April 9, 2019, he's a published author of a memoir, spilling all the deets on his culinary coming-of-age, which began "as a child in [his] mother's kitchen." From cooking for the "cleanup crews... in the aftermath of Deepwater Horizon" to "working for little or no pay at blue-chip kitchens like Per Se and Eleven Madison Park" to opening, and closing, his dream restaurant and beyond, his memoir is about as personal as it gets, and he's not holding any of it back. As he says on page six, "there's a lot out there about me that's untrue," and Onwuachi is making sure his story is told correctly this time. For anyone interested in pulling the curtain back on kitchens, exploring restaurant racism and how to combat it, learning what it really takes to make it in that brutal world, and becoming truly familiar with "Chef Kwame and Kwame All Smiles (both are me, but not all of me)" Onwuachi's memoir is a must read.

The Story: I guess I was on a memoir kick this season! Tara Westover was born to a survivalist family living in the mountains of Idaho. Hospitals were forbidden so everything from concussions to severe burns were treated with herbalism. She was 17 the first time she set foot in a classroom. Yet Westover went on to study at BYU, Harvard and eventually earn a PhD from Cambridge University. She's a New York Times bestselling author and the true the embodiment of a self-made woman. Her memoir is a gripping, heartbreaking, inspiring tale of self-discovery. The best review I have encountered of "Educated" would be "Difficult to read. Impossible to put down."

The Story: Laurie doesn't believe in love at first sight until it hits her like a thunderbolt on December 21, 2008. A fleeting moment of locked eyes and instant connection through a bus window leads Laurie to spend most of 2009 searching for her mystery bus boy. But she turns up empty handed, until nearly a year later at a Christmas party when her best friend Sarah introduces Laurie to her new boyfriend, Jack, who -- you guessed it -- is bus boy! The rest of the book follows this odd trio from 2009-2017 testing the limits of friendships, weathering heartache and exploring the concept of destiny.

The Story: This collection of stories set in Houston, Texas, and mainly revolving around one unnamed man, almost reads like a novel. About half of the stories focus on this young man, the son of a black mother and a Latino father, who is working at his family's restaurant, dealing with abuse and coming to terms with his sexuality. But even when we are seeing Houston through the eyes of the other peripheral characters whose stories are sprinkled throughout, we realize we are always examining the concepts of community and family, what defines both and how we decided when one is no longer worthy of loyalty.