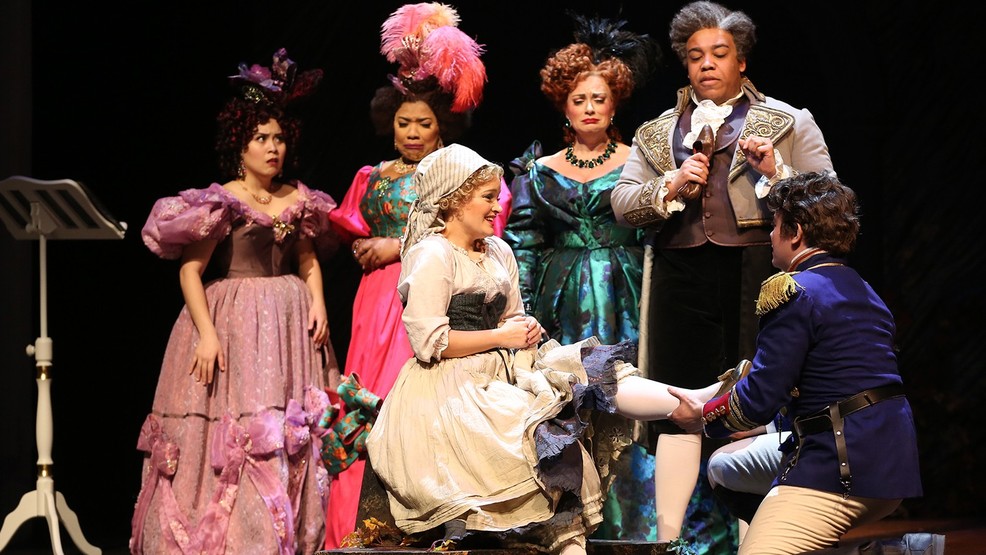 The Ford's Theatre cast of "Into the Woods." (Image: Carol Rosegg)
SEE MORE

Baseball is back, and the cherry blossoms are in peak bloom -- what else could you want?? Oh, what's that -- you also want some really great theater options? Your wish is our command as today we are sharing our roundup of the best local theater options to add to your calendar for April.

This month's list includes a docudrama, a classical musical, the latest work from Pulitzer Prize winner Ayad Akhtar and, to lighten it up, a good old fashioned comedy.

In Stephen Sondheim’s imaginative, darkly comical remix of beloved fairy tales, a baker and his wife set out to reverse a witch's curse in hopes of having a child of their own. The couple’s quest takes them into the woods, where they encounter Little Red Riding Hood, Jack and his beanstalk, a cautious Cinderella, a sequestered Rapunzel and a couple of lovelorn princes. Sondheim's lush Tony-winning score and James Lapine's Tony-winning book conjure a world where "giants can be good and witches can be right." Peter Flynn (Ford's "Ragtime," "The 25th Annual Putnam County Spelling Bee," "1776") returns to direct this fanciful tale about the lengths to which we’ll go to get what we wish.

Coinciding with the 20th anniversary of the tragic 1999 massacre at Columbine High School in Littleton, Colorado, this docudrama combines fact and fiction to illuminate the dark realities of adolescence. Weaving together excerpts of real interviews with parents, survivors and community leaders, and powerful characterizations of contemporary teens, Columbinus thoughtfully explores the Columbine shooting and the conversations that continue to this day. The New York Post hailed Columbinus as “a powerful and important piece about the churning rage that's all too likely to bubble over again.”

As the brilliant and calculating Robert Merkin prepares a hostile takeover of a family-owned manufacturing company, he is not concerned about crossing the line to get what he wants in the name of “saving America.” Inspired by the volatile and cut-throat financial world and the junk bond giants of the 1980s, “this epic piece of work” (Chicago Tribune) is an enticing look at the money makers, their hubris and those who tried to hold them accountable. Pulitzer Prize winner Ayad Akhtar’s (Disgraced) latest work asks if redemption is truly possible or if there is always a new scheme waiting in the wings.

Dorian Belle is a big deal. He’s a Canadian pop sweetheart, and he’s ready to be taken seriously. So his people hire his favorite hip-hop artists—Black and Alexand, the ‘bad boy’ rappers of Petty Young Goons—to help him toughen up his image. They’re black, he’s white. They’re from Chicago, he’s from Canada. It’s all on reality TV. What could go wrong? Inspired by Shaw’s Pygmalion, this world premiere is a blistering and entertaining look at cultural and racial appropriation in a fictionalized exchange of ideologies, vernacular, and alleged street cred.