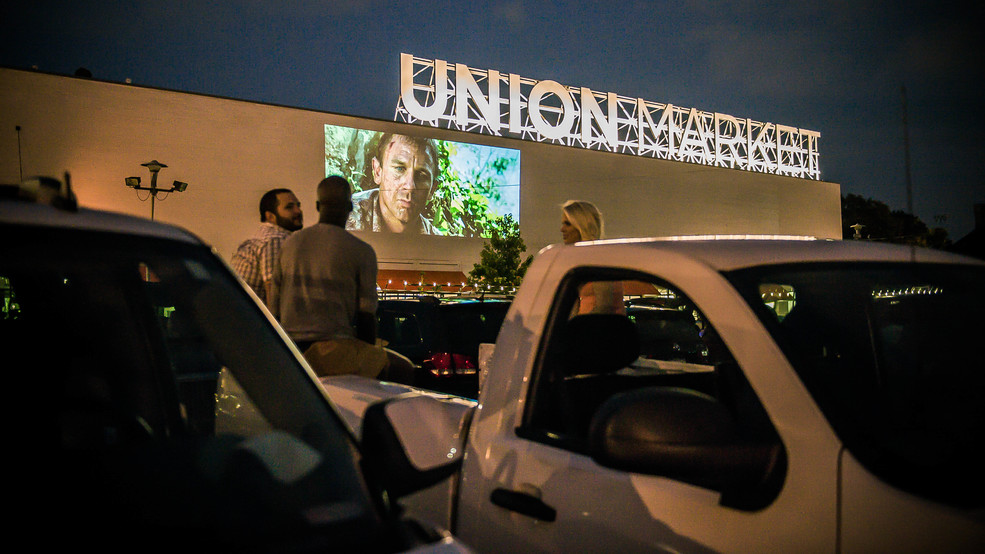 Catch movies ranging from Netflix favorites like Coco to throwbacks like Jaws and A League of their Own on the first Friday of every month. (Image: Courtesy Union Market)
SEE MORE

Grab your popcorn and a blanket and get ready for movie night under the stars, as Union Market's drive-in movies are back for the eighth season. The first Friday of every month from May 3 through October 4 a flick ranging from Netflix favorites like Coco to throwbacks like Jaws and A League of their Own will be projected onto Union Market's parking lot wall.

The good news for the many Washingtonians living a car-free life is that walk-ups who wish to view the movie from the picnic area are FREE, while movie viewers with cars will pay $15 (one fee covers everyone in the car). All movies kick off around sunset, but get there early to snag primo seats, and enjoy some pre-show activities. The DC Rollergirls will also be wheeling around to serve snacks and beverages. See the full schedule below.