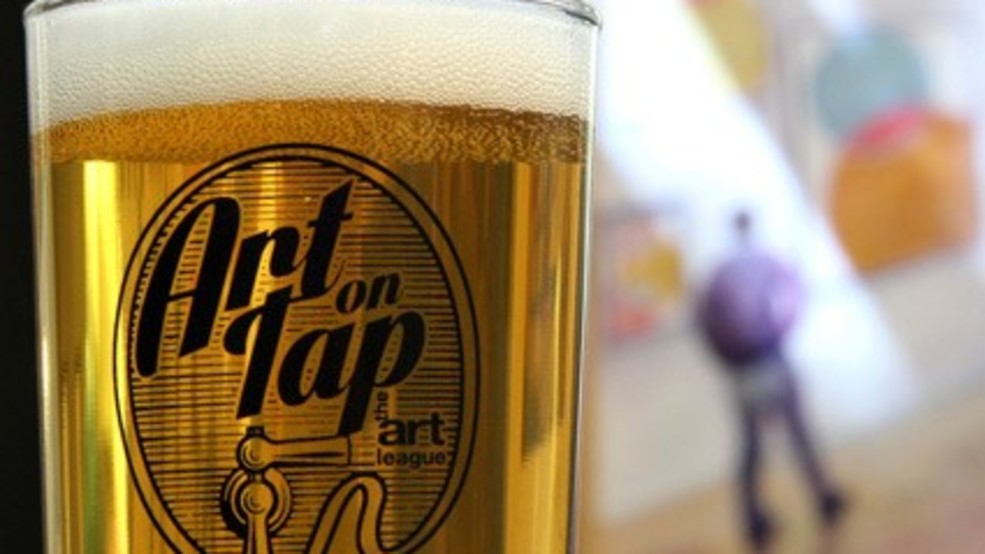 Weekend Report: 14 events not to miss this weekend

The 9 Songwriter Series: Founded in 2008 by singer/songwriter Justin Trawick, "The 9 Songwriter Series" is a touring live music event based in Washington, DC. The show was created with the idea of nine artists getting together and combining their talents in order to play in nicer clubs and to larger amounts of people. Each installment features nine solo singer/songwriters performing in rotation and often sitting in with each other, providing audiences with a rich, intimate, varied listening experience. Pearl Street Warehouse, 33 Pearl Street SW, doors open at 7 p.m., show starts at 8 p.m., $10

The Shins: Check out GRAMMY-nominated American band The Shins at the hottest new music venue in town as they showcase music from their four albums; a fifth is due out in March. The Anthem, 901 Wharf St SW, doors open at 6:30 p.m. show starts at 8, tickets start at $40

Opening Reception: World Press Photo Exhibition 2017 at Dupont Underground: Celebrate the opening night of the World Press Photo Exhibition at this exclusive gathering with the think-tanks, universities, embassies, international-, media-, and civil society organizations that made it happen. Following the reception, be among the first to tour the exhibition in the Dupont Underground.

Art on Tap: Enjoy local craft beers, original artwork, and amazing food at The Art League's annual Art on Tap on Friday, November 3, 7:00–10:00 pm in the Torpedo Factory Art Center. Craft beers from local breweries have been artfully paired with a work of art from an Art League instructor. Local restaurants have chosen a brew/artwork coupling to serve as their muse to create the perfect complimentary appetizer. Ticket holders sample and enjoy the brew, bite, and artwork trifectas, while drinking from a take-home Art on Tap beer tasting glass, and then vote for their favorite at the end of the event.

Special Event: Escape the Botanic Garden: You are being summoned to the U.S. Botanic Garden to solve a plant forensics case! As part of a team, you will be challenged to investigate the Conservatory after dark, using exploratory stations to discover clues and information that might be key to the case. Doors will open at 6:45 p.m. and tickets start at $40.

Divine Felines: Cats of Ancient Egypt: Cats’ personalities have made them Internet stars today. In ancient Egypt, cats were associated with divinities, as revealed in Divine Felines: Cats of Ancient Egypt. Cat coffins and representations of the cat-headed goddess Bastet are among the extraordinary objects that reveal felines’ critical role in ancient Egyptian religious, social, and political life. Dating from the Middle Kingdom to the Byzantine Period, the more than eighty works include statues, amulets, and other luxury items decorated with feline features, which enjoyed special status among Egyptians. The exhibition, organized by the Brooklyn Museum, also dedicates a small section to cats’ canine counterparts.

DC Beer Fest: The DC Beer Festival returns to Nationals Park, bringing together dozens of craft breweries and featuring fall seasonal beers. Taking place throughout the stadium's concourse including Centerfield Plaza, Budweiser Brew House, Bud Light Loft and Budweiser Terrace, the DC Beer Fest will have over a dozen food trucks throughout as well as lawn games, DJs, and more! Admission is $45 with a choice of two sessions: noon to 3pm and 5pm to 8pm. Admissions includes unlimited tastings, with food sold separately.

National Air and Space Museum & BYT Present: FOUND IN SPACE after hours event: This first-of-its-kind after-hours event at the National Air and Space Museum commemorates the longest unbroken stretch of human habitation in space. This unique opportunity celebrates our future in the solar system with a chance to experience the museum in a new, late night setting, while enjoying open bar cocktails and beer. Moon Boots will provide the musical entertainment and special screenings, space-inspired activities and talks roundout the evening.