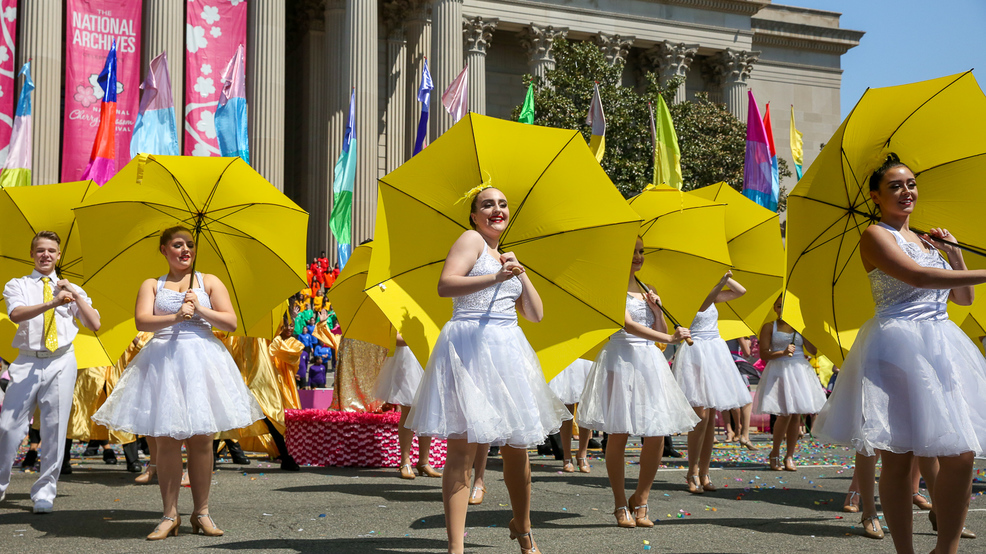 Weekend Report: 7 events to amp up your weekend

Cherry Blossom Parade: The signature event of the Cherry Blossom Festival, the parade runs for 10 blocks along Constitution Avenue, featuring giant colorful balloons, elaborate floats, marching bands and performers in a "spectacle of music and showmanship." Anthony Anderson from Black-ish is th2 2019 parade Grand Marshal and celebrity performers will include Cece Peniston, Freda Payne, the Redskins cheerleaders and more. The parade will run on Constitution Avenue from 7 to 17th Streets NW beginning at 10 a.m. Free to attend.

Japanese Street Festival: Come and enjoy the tastes, sounds and culture of Japan at the Sakura Matsuri - Japanese Street Festival! The largest one-day celebration of Japanese culture in the US will have four stages of performances and demonstrations, cultural exhibitors, food vendors, a Childrens' Corner - and more! Tickets are $50

Yoga at the Kennedy Center: Enjoy a free, all-levels vinyasa yoga class in the Grand Foyer as part of the Kennedy Center's Sound Health program connecting the performing arts to mind-body wellness. An instructor from a different local yoga studio leads each session, and this weekend instructor Atticus Mooney is teaching. Free to attend.

DC Refined Cocktail Class: We've got blossoms on the brain! And what better way to celebrate cherry blossom season than by learning to make a cocktail called "Flowers on the Roof" while soaking up some sun on a rooftop? Join us on Saturday, April 13 for a private cocktail class at the Wharf's stunning rooftop bar, Whiskey Charlie. ONLY FOUR SEATS LEFT! Tickets are $35.

Masquerade Ball: Almost 625 years ago, in 1393; Charles VI of France held the first masquerade ball in the world. Since then the Masquerade Ball began as part of Europe’s carnival season. Less high society and more cirque du célébration, villagers would gather in masks and costumes to take part in elaborate pageants and glamorous processions. Quickly spreading across France like wildfire, some of the most notorious balls of the day would be held to celebrate Royal Entries: the grand occasion of welcoming kings and queens into their cities. In commemorating this occasion, you are cordially invited to celebrate this French tradition on a French soil. The night is filled with French food, open bar, dancing and many more! Tickets are $99.

Queen Latifah Concert: Hip Hop royalty is coming to DC! The Grammy- and Golden Globe–winning superstar has broken down barriers in the music industry and continues to prove she can have it all. She’s a rapper, singer, actress, media mogul, label president, author, CoverGirl and she’s just getting started. Don't miss her Kennedy Center debut in this program of Hip Hop, jazz, and R&B hits. Tickets are $59.