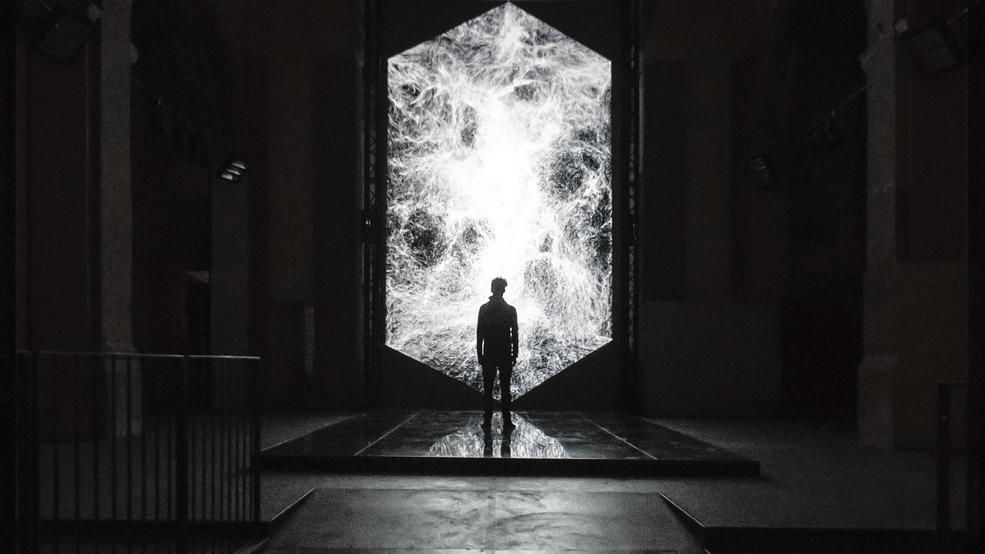 Weekend Report: 8 events to enjoy during a snowy MLK weekend

Fire & Ice Festival: Imagine that feeling of a chilly house in the winter. What if, after piling blanket on blanket on blanket, it still felt as cold inside as it is outside? Thousands of D.C.-area families, veterans, seniors, and more experience this every year. This weekend, the Wharf is hosting the second-annual Ice House on behalf of the Washington Area Fuel Fund (WAFF). Come feel the chill of living in a house with no heat and help raise funds to keep your neighbors warm this winter. Stop by to visit the Ice House on District Pier and enter to win exciting prizes, see local celebrities “chill” in the House, get your “Bring the Heat” thermal photo, and more. Free to attend.

Everything in Existence Exhibit: Artechouse's latest exhibit, which opened yesterday, traces a line that highlights the evolution of the fuse* practice, presenting four multimedia installations that invite audiences to experience different perceptions of reality and new perspectives that are designed to remind us that we are all part of something bigger. The exhibition is inspired by the notion of interconnectedness, the belief that we are all part of everything in existence. Tickets are $15.

Yoga at the Kennedy Center: Enjoy a free, all-levels vinyasa yoga class in the Grand Foyer as part of the Kennedy Center's Sound Health program connecting the performing arts to mind-body wellness. An instructor from a different local yoga studio leads each session, and this weekend instructor Perry Daniels is teaching. Free to attend.

Bourbon Steak Turns 10: And the team is celebrating in style! The festivities will commence on Saturday with an exclusive five-course dinner, meticulously matched with world-class wine pairings for $200.90 --a nod to 2009, the year the doors opened. Continue the party on Sunday with Bourbon Steak's first-ever brunch ($75), featuring a live DJ playing popular tunes from the decade, a bloody mary Fountain, an endless pour of Moet champagne and mimosas and a 10-layer birthday cake. A portion of the weekend’s proceeds will be donated to No Kid Hungry.

Women's March on Washington: The third annual march returns to D.C. this Saturday, with more than 6,000 people marked as "going" on the official Facebook event page. "On January 19, 2019, we’re going to flood the streets of Washington, D.C., and cities across the globe. The #WomensWave is coming, and we’re sweeping the world forward with us," says the event posting. Meet at the Constitution Gardens arun d 10 a.m. if participating, and expect the march to start at 11, followed by a rally from 1-4 p.m. If you're participating in the march, find out where you can snag some freebies/deals before and after the march here. Free to attend.

Matthew Bourne's New Adventures, Cinderella: Following the dazzling adaptation of The Red Shoes in 2017, Matthew Bourne’s New Adventures returns with one of its most popular and beloved productions, Cinderella—a thrilling twist on the classic fairy tale. Set in London during World War II, a chance meeting results in a magical night for Cinderella and her dashing young RAF pilot, together just long enough to fall in love before being parted by the Blitz. Tickets start at $29.

Strathmore Presents Step Afrika!: The first professional company dedicated to the tradition of stepping launches its 25th anniversary season at Strathmore with a retrospective performance of the company’s best-loved works including Wade, Passing 25, and Nxt/Stp: Hip Hop. Tickets start at $35.

Oyster Oyster Pop-Up: Following a successful inaugural pop-up in late November 2018, Oyster Oyster will once again take over the bar and kitchen of their good friends at Maxwell Park, this time to host “Root Down” – a root vegetable-centric pop-up. Stop by for a three-course, prix-fixe tasting menu ($35, wine/cocktail pairings for an additional $30), with items such as mushroom jerky chip, smoked Chesapeake oyster aioli, and sunchoke and potato dumplings. If you can't make it Sunday, you'll have another chance Monday, January 21. Make reservations here.