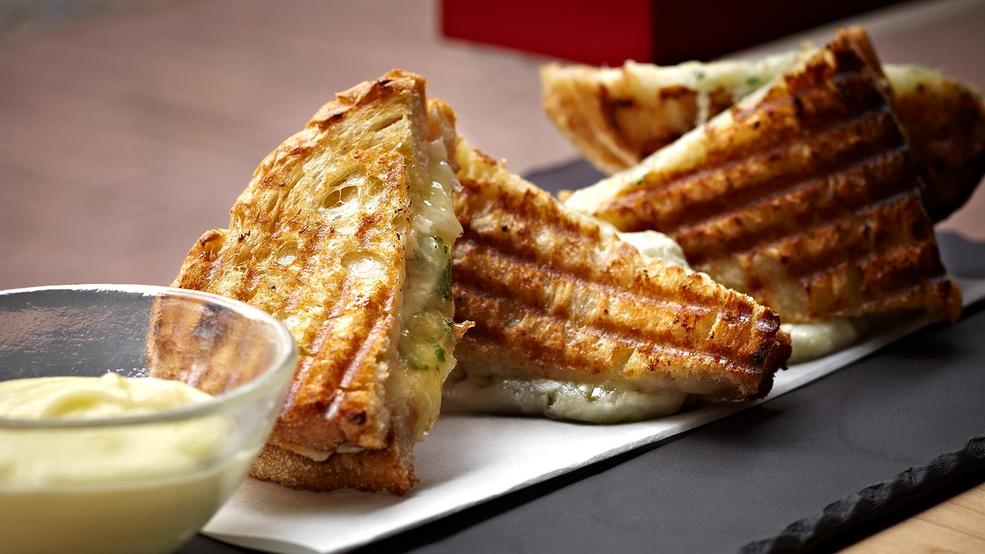 José Andrés is offering free sandwiches to all government employees at any of his restaurants serving lunch, until the shutdown ends. (Image: Greg Powers)
SEE MORE

Welcome to day five of the partial government shutdown of 2018. Even though the shutdown officially began at 12:01 a.m. on December 22, the holiday weekend means most of the 800,000 government employees affected are spending today navigating what the shutdown means for them, their paycheck and their work week. While many government employees will be placed on an unpaid temporary leave during the shutdown, approximately 420,000 workers have been deemed essential and thus have to report to work, but won't receive a paycheck until Congress and the White House can broker a deal regarding federal funding.

Nine government departments are officially shuttered during the shutdown: Agriculture, Commerce, Homeland Security, Housing and Urban Development (HUD), Interior, Justice, State, Transportation and Treasury. While some departments are more effected than others -- 213,000 of the 245,000 Homeland Security officials are classified as essential while only 345 of the 7,500 HUD officials are deemed essential -- we wanted to offer a few dining suggestions to workers who may find themselves with a little more time for lunch than usual. All lunch options suggested are less than a mile (walking) away, but we hope you'll branch out from your food truck fav for a week and explore more of the city's vibrant lunch scene!

Departments of Interior, State and Commerce

Bombay Club: This 30-year-old gem is a classic for a reason, and that reason is the kale chaat, the lamb vindaloo and the lobster labadar! Ashok Bajaj's first restaurant changed the way D.C. diners looked at Indian food, and has since played host to a slew of celebs, from Harrison Ford to Bill Clinton. Since you have time to linger, start with the bread basket (drown your shutdown sorrows in the naan) and the butternut squash samosa before choosing from a house thali or curry. If you're dining with a companion, splurge for the fllambéed cobra coffe paired with sticky banana pudding.

Sushi Gakyu: Don't get me wrong, I never say no to a good spicy tuna roll, but treat yourself to a special treat at Sushi Gakyuand tuck into a deconstructed chirashi bowl. The Gakyu Chriashi is served in a box, with chirashi toppings on a bed of rice, a sashimi plate and miso soup. If you're off the clock, don't sleep on the sake.

Bread Line: You could eat at this sandwich shop every single day during the shutdown -- no matter how long it lasts -- and not get tired of it, mainly because the specials change daily. Snag a spicy lamb or Cuban sandwich with a side of potato leek soup on Thursday, followed by a fried cod and tomato basil combo on Friday. Even their classic offerings will keep you on your toes as they spice up a classic like prosciutto di parma with walnut bread, fig jam, mascarpone and gorgonzola cheeses.

Woodward Takeout Food: WTF is this casual American cafe not closer to our office?? Probably because I'd never eat anything else except the shaved beet, radish, cauliflower, apricot and sunflower seed salad. But if cauliflower gyros and grilled chicken banh mis aren't your thing, you can also score a hearth-baked pizza, ready in 10 minutes.

Departments of Agriculture and HUD

Rappahannock Oyster Bar: Head to the Wharf for a shucking good time! The shack where ROC's latest outpost is located may not look like much, but the historic building (circa 1912) at the Municipal Fish Market is dishing up creative small plates from executive chef Autumn Cline, wines, craft beers, unique cocktails, and of course the most celebrated shellfish. If you want to luxe it up, order the Cadillac of seafood towers -- literally-- and indulge with oysters, middleneck clams, shrimp cocktail and Redfish crudo.

Lupo Marino: Keep the Wharf party going at this 68-seat ode to Southern Italian fare headed up by executive chef Todd Sprik. Try such items as a basket of fried calamari, sardines, clams, head-on prawns and lemon; a duck-egg salad with asparagus, arugula and bottarga; and orecchiette tossed with spicy sausage, rapini and ricotta salata.

Jaleo: While you might be surprised to find either of these hot spots on a "save" list, José Andrés is once again determined to feed the down and out. In response to a tweet from the President on Dec. 21 warning of a "shutdown that will last for a very long time" José said "And I will offer again Free Sandwiches to the poor men and women of the federal government, republicans and democrats, at every restaurant of mine in DC for lunch until they get paid again!" So snag a barstool and nom on a FREE sandwich such as the Fútbol club Barcelona or JLT. *

China Chilcano: If Spain gets stale, move on to lunch in Lima as you enjoy a Peruvian favorite, the sánguche. Personally, we love the Huachana, a Huacho-style sausage, fried egg and huacatay.

*Editor's Note: The deal at all José Andrés restaurants is only available from 2-5 p.m. for those who show a government ID. The sandwiches offered in each restaurant will be the choice of ThinkFoodGroup restaurants, and the offer does not include sides or drinks.