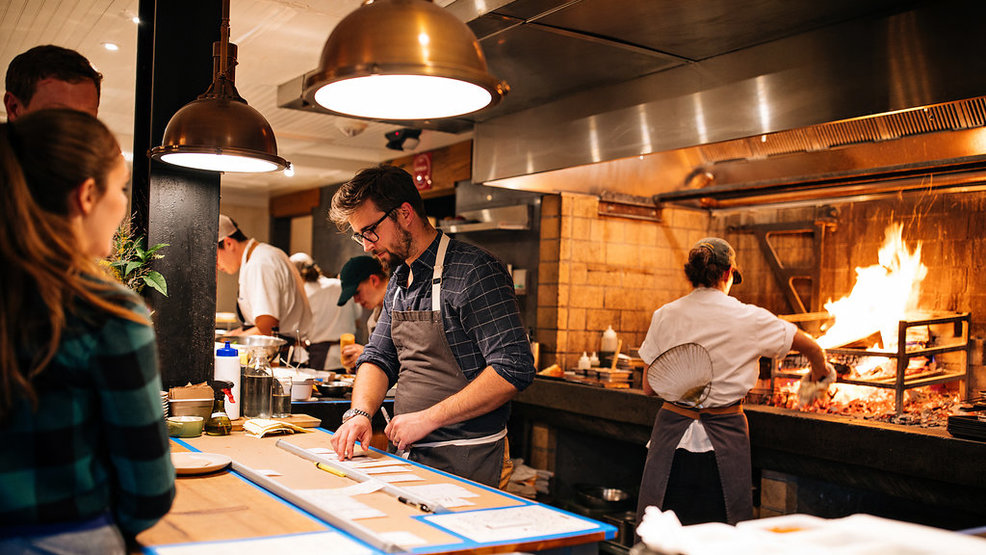 Jeremiah Langhorne of the Dabney is a finalist in the Best Chef: Mid-Atlantic category. Winners will be announced at the JBF Awards Gala on May 7. (Image: Andrew-Cebulka)
SEE MORE

This has been a big week for the food industry! Monday we learned who would be vying for RAMMY Awards later this summer, and today we found out which of the 22 locals from the James Beard Foundation Awards shortlist would be venturing on to the next round. Of the 22 locals on the JBF semifinalist list, ranging from seasoned restaurateurs to rising stars and outstanding beverage directors, only four continue on to the next round.

We've also got to give a big shout out to our journalism colleagues who were recognized for their work as media award nominees. Tom Sietsema of the Washington Post is a nominee in feature reporting for his piece "Dishwashers." Maura Judkis also from the Post is a nominee in the humor category for "Pumpkin Spice Life." Tim Carman and Fritz Hahn of the Washington Post are nominees in the innovative storytelling category for "America’s Most Authentic Dive Bars”." And Helena Bottemiller Evich of Politico is a nominee in food and health for "The Great Nutrient Collapse."

The winners for the restaurant and chef awards will be revealed at the JBF Awards Gala on Monday, May 7 at the Lyric Opera of Chicago. Winners of the James Beard Media Awards will be announced on Friday, April 27. So let's keep our fingers crossed and root hard for the home team here guys!