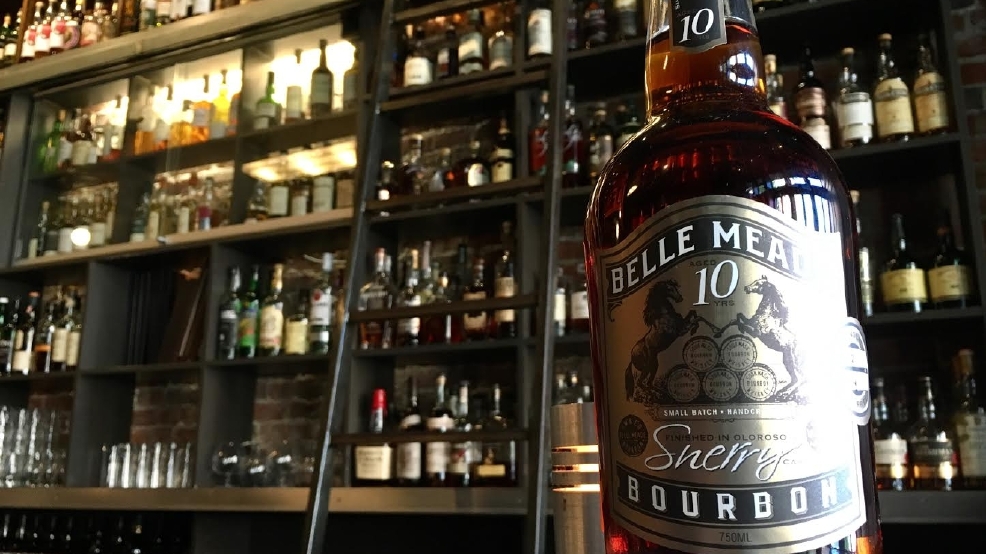 6 bars to enjoy custom wines and spirits you can&rsquo;t get anywhere else

Forward-thinking venues know that guests expect more these days than off-the-shelf wines and spirits. These D.C. spots are raising the bar by heading to distilleries and wineries to select single barrels of spirits and create proprietary wine and Bourbon blends, putting their own stamp on beverage programs and custom labels on bottles! The result? An imbibing experience that’s as unique as the interior design and the culinary philosophy.

The teams from both spots (the former a Southern-inspired bar on 18th street with an amazing whiskey selection, the latter a swanky lounge and cigar bar in Chevy Chase Pavilion) are no strangers to offering up proprietary whiskey on their menus. They’ve selected single barrels at FEW Spirits, Four Roses and WhistlePig, and blended a custom barrel at Angel’s Envy. Their latest venture is decidedly more involved, but also infinitely more personalized. The crew, including Rebellion owner Brian Westlye, chef Travis Weiss and beverage director William Scott Jackson, along with Civil owner Matt Krimm, headed to Maker’s Mark Distillery in October to take part in a custom blending session and make their own barrel of Bourbon. The premise is this: all Bourbon must legally be matured in charred white American oak barrels, but it can be finished (i.e. shortly matured) in other kinds of wood. The group began by tasting Bourbon finished with five different kinds of wood staves--ranging in flavor from honey to spice to bitter chocolate. Then, using five different colored and engraved wooden disks (similar to poker chips), each of which represented one variety of stave and 10% of the final blend, they went about mixing, matching and blind tasting until they created a Bourbon they liked. (For the record, the winning spirit is balanced, with a little heat on the mid-palate and a sweetness that’s coaxed out when a little water is added.) The team threaded the staves on a metal ring, placed them in the barrel, sealed it shut, and filled it with their unique recipe. Right now, it’s in one of Maker’s Mark rickhouses, where it’ll finish for nine weeks before being bottled and shipped, with delivery expected in early March, and timed with two launch events. The two bars will share 240 bottles, and guests will be able to sip it neat, on the rocks or with water for $10 an ounce, or mix it into cocktails. The best part? Their recipe belongs to them, and ordering future barrels of their house Bourbon is easy and seamless. “This is something unique, and an opportunity to see the effects of wood on Bourbon,” says Rebellion beverage director William Scott Jackson. “It’s a fascinating process.”

Bill Thomas, proprietor at the Adams Morgan whiskey den--with the largest selection in the Western Hemisphere--has a decade of experience hand-picking barrels. “I’ve learned each single cask has an unmistakeable personality,” he says. “When you find someone doing it right, you want to celebrate it and help them on their journey to becoming an iconic distillery.” The process comes about in different ways--relationships he’s cultivated over the years, or discovery of a new distillery of which he wants to be a part of its growth, for example. One time he even met a distiller at a bachelor party in Nashville, opened some barrels at midnight, and tasted one he couldn’t live without. “But it’s really all about building relationships with people who we respect, gaining access to some really unique products, forwarding quality brands through our bar channels, and of course, offering the consumer something they can’t get anywhere else.” Thomas’ proprietary spirits are always bottled at cask strength--subtle nuances would be lost if diluted with water or blended, he says. Currently, Jack Rose offers Maker’s Mark Private Select (6 yr, 111.2 proof, $15/oz.), Belle Meade "Jack Rose" 10-year Single Barrel Sherry-finished Bourbon (106.4 proof, $15/oz.), Jack Rose "2015 in 2015” 11-year Willett (125.2 proof, $35/oz.), Jack Rose FEW bourbon (124.4 proof, $9/oz.), Copper & Kings Port Barrel-Finished "Jack Rose” Absinthe Superior (130 proof, $12/oz.) and Bowmore Blackadder "Jack Rose" 13-year (distilled 2001, bottled 2014, 58.5 ABV, $16/oz.) The Copper & Kings Absinthe is also used in the Hemingway’s Downfall ($15), bartender Andy Bixby’s unique spit on the Absinthe Frappé. Thomas says proprietary bottlings are one way to offer unique spirits to Jack Rose guests. “Some of these whiskeys may have ended up in blends or small batches, and these are far too good to be lost in a mingling of whiskeys,” he notes. “I like to think I’m saving great single barrels from small batches.”

After being invited to partake in a custom blending experience at Brook Winery in Willamette Valley’s Eola Amity Hills district in Oregon, wine director Jennifer Knowles developed a signature blend of pinot noir to take back to the newly minted Michelin-starred restaurant at The Jefferson Hotel. Offered at $18 by the glass and $72 by the bottle, It’s comprised of four different clones from three different vineyards, each adding something different to the final blend. “I was looking to blend a wine that has a ‘classic’ pinot profile, medium bodied, red fruits, some fresh and dried florals, that balance of earth and acid as well as some tannins from either maceration or whole cluster inclusion (or maybe both!),” says Knowles. “One that can be drunk on its own sipping it in their room or having it as a companion to our different menus which offer a wide variety of cuisines.” She toyed with the idea of making one of the clones a single vineyard bottling, then thought better of it when she tasted how nicely it played with the others. “The single vineyard is a solo, which can be so beautiful and pure, but sometimes the myriad of voices in a choir can be even more amazing when they come together to form a perfect blend of highs and lows,” she muses. As far as menu pairings, the wine sings with executive chef Ralf Schlegel’s Macho Farm Veal Tartare with Burgundy Snails Soubise, Crispy Yukon Gold Potato, Gorgonzola, Petit Herbs, or the Pan Seared Muscovy Duck Breast with Cassis Pearl Onion, Sweet Potato, Baby Turnip Brick Roulette, Duck Reduction. This is the first custom wine blend Plume has done, and since guests are gravitating towards it more than other pinots, it probably won’t be the last. “It was just so incredible to get to learn and experience that first hand, and to taste so many variations on a similar theme.”

The co-op owned restaurants started the journey into distillation in 2009, when beverage director Jon Arroyo collaborated with Rick Wasmund of Copper Fox Distillery in Sperryville, Virginia, to create a rye and a gin. That evolved into working with Melanie Asher of Macchu Pisco for a custom pisco, Alie Shaper of Brooklyn Oenology for New York Vines White Wine Blend ($12/glass, $36/bottle), and Madison, Virginia’s Early Mountain Vineyards for Virginia Vines Rosé ($12/glass, $36/bottle). The latest offerings are produced at their newest venture, a restaurant, bar and distillery called Farmers & Distillers, which opened December 1: Founding Spirits Vodka and Founding Spirits Amaro. All of the proprietary spirits will be available there for retail purpose starting in February, and they are also served in cocktails at all locations priced $12-14, as well as neat or on the rocks. Farm Daisy mixes the gin with Green Chartreuse, lemon and lemongrass; Smoke & Sun shakes the rye with mezcal, Averna Amaro, cinnamon and lemon; and Ernesto the Farmer mingles the pisco with lime, star anise syrup, Peruvian bitters and ginger. Before collaborating, the team carefully selects partners who are passionate experts willing to teach; for his part, Arroyo finds inspiration for the beverages on his menu through his personal experiences and travel around the world. "It’s a humbling experience with many different parts – it takes a true investment of time and patience,” he says. “The determination that comes over you to produce something you really love, and that you think others will love is all-consuming.” They will be launching new releases in February and next summer--but Arroyo and his team are keeping mum about just what exactly.

A few years ago, Matchbox Food Group co-founder Ty Neal met Jed Steele, a renowned California producer who’s been making wine for more than forty-five years. Matchbox locations had been selling so much of his Steele Pinot Noir that the winemaker wanted to know what they were all about. After becoming friends with him, Steele offered to make a proprietary red blend. “We wanted it to be a 'real' wine, not just barrel leftovers,” Neal says. “So after a few iterations we landed on a very unique blend of zin, syrah and five other grape varietals.” Perfectly casual and quaffable, Neal says it pairs great with Matchbox’s smoky brick-oven pizzas. (It’s also been the number one seller at their various locations.) Currently in production is the Matchbox White Blend from Steele, a crisp sauvignon blanc-based wine that’ll go swimmingly with a salad, fish or white pizza.