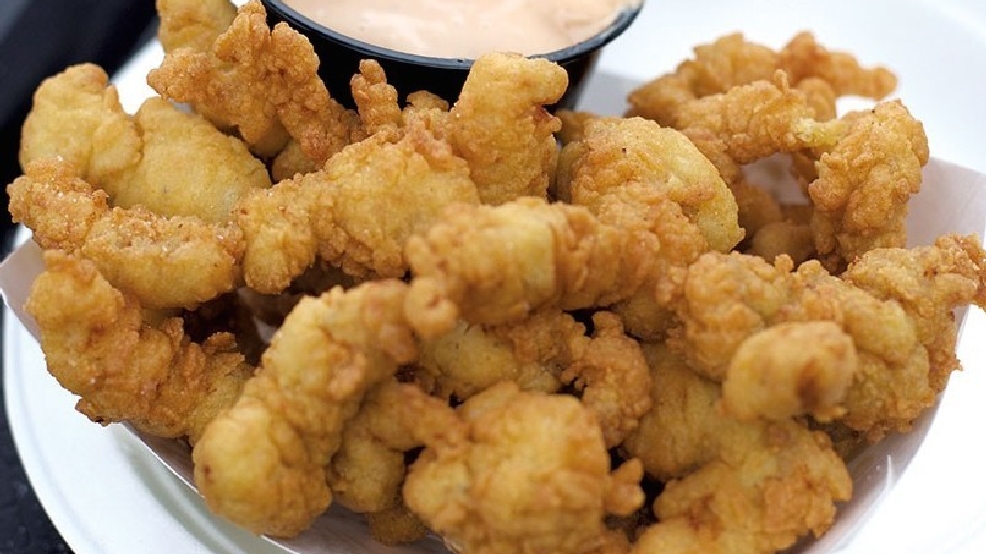 8 restaurants where you can try alligator for Mardi Gras

While the biggest party of the year is raging through New Orleans, restaurants and bars in D.C. are joining in the fun. Granted, things are a little more subdued here, but that doesn’t mean we’re not embracing NOLA traditions. One of the most weird and wonderful is the abundance of alligator meat on menus in the Big Easy.

A few chefs in the D.C. area also play around with the exotic protein -- some feature the reptile all year, while others offer it as a special on Fat Tuesday. Whether you’re looking for classic fried gator or a spicy Laotian take, here are eight spots where you can eat alligator to celebrate Mardi Gras, N’awlins-style.

This Louisiana fish house is offering two special Mardi Gras menus on Fat Tuesday. The street foods menu at the bar will feature alligator fritters with sauce tartare ($5), along with other parade route bites. The fritters are made from ground alligator tail meat, red onions, red bell peppers, and poblano peppers. They’re served with a sweet and spicy sauce with crushed red pepper, pickled jalapeño, mayonnaise, sugar, and Worcestershire. There’s also a prix-fixe menu that includes 3 courses of traditional New Orleans fare and live jazz for $39.

Black Jack and TILT Side Bar

These two spots will be hosting a Mardi Gras Fest with various celebrations from February 25th through February 28th. In addition to drink special and live music, there is a specialty food menu. On it, find fried gator bites ($10) that are reminiscent of chicken tenders. The gator meat is marinated in Louisiana Crystal hot sauce and breaded with seasoned flour before getting fried and served with a chipotle aioli. Drink deals include $2.50 Abita beer, $8 hurricanes, and $10 yard drinks. Don’t miss the Mardi Gras ice luge at the Fat Tuesday party.

Crawfish may be the star of the show at Chasin’ Tails, but you can also find pretty much anything you’d like in fried form. The gator bites ($15) are one of the Fried Fixins offerings, which are served with Cajun fries. On Mardi Gras, you can wash down the gator with half-priced hurricanes. Other specials include a free pound of crawfish when you buy two pounds.

The Grill from Ipanema

In Brazil, people eat jacaré, which is a species of caiman related to alligators. The Grill from Ipanema, a family-owned Brazilian restaurant, serves the protein year-round. The dish is called jacaré ao Pantanal ($10.95) and it’s a petisco, which is like the Brazilian version of tapas. The meat is lightly breaded and fried and served with a spicy honey mustard sauce.

In honor of Mardi Gras, Republic’s po’ boy ($14) gets an extra dose of Cajun thanks to fried alligator. The gator sandwich is topped with lettuce, pickles tartar sauce, and lemon on a French roll.

You can find a Creole and Cajun classics at RT’s every day, including an alligator stew topped with chopped egg and a touch of Sherry ($5.95/cup, $6.95/bowl). On Fat Tuesday, work up the courage to finally order it. The restaurant will be getting in the Mardi Gras spirit with live jazz, a costume contest, party favors, and drink specials.

If you’re a fan of beef or pork ribs, get adventurous and try gator ribs. SEI has them as a regular item on the menu. The ribs are seasoned with an apricot chili marmalade ($15).

On the Jungle Menu at this Laotian (literal) hot spot, find a spicy take on the reptile. The laab e’kae is minced alligator, green mango, toasted rice and chili, scallion, lemongrass, galangal, cilantro, and mint ($18).