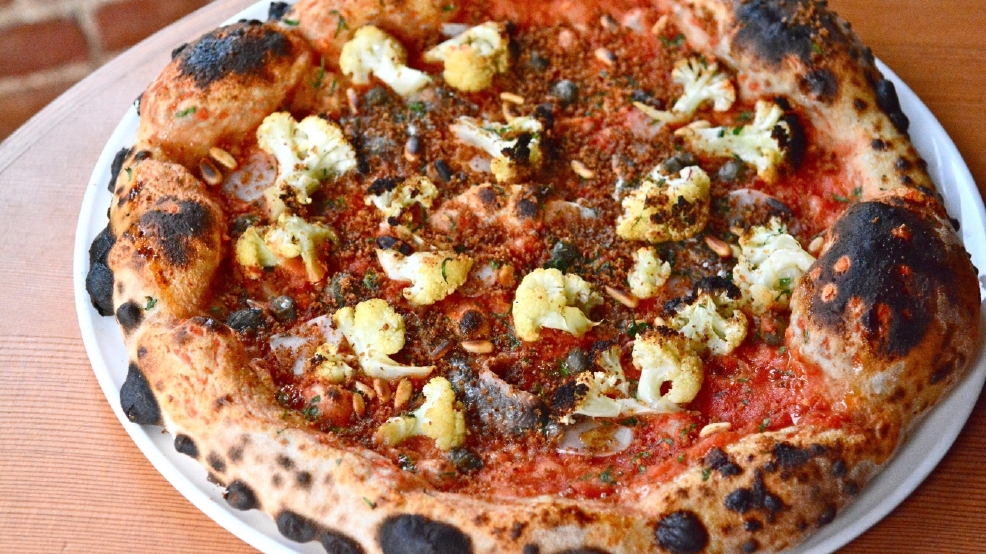 Yelp can be a great resource, but its ratings aren't always the most accurate. We found 8 restaurants that deserve more stars. Etto (Image: Laura Hayes)
SEE MORE

Ask a group of chefs what they really think of Yelp and you'll get dead silence. At least, that's what happened when top restaurateurs came together for a "Five Star Service," discussion presented by Restaurant Association of Metropolitan Washington (RAMW) and EventsDC. Most will admit Yelp can be a helpful tool, but occasionally a restaurant gets snubbed for something out of their control. Couldn't find parking? ONE STAR. The following eight restaurants are all sitting below the coveted four-star mark and shouldn't be. Here's why:

In the back of Masa 14, something special is happening. Chef Ryan Ratino is plating dishes with forceps like oysters atop a bed of smoking seaweed with pink peppercorn and rhubarb granita or shrimp tempura enveloped in pho gelé. The show is part of the restaurant's new 12-seat chef's table that takes diners through a multi-course tasting menu (ours had 14) for $80 per person or $125 with drink pairings. The level of cooking helps Masa 14 shed its nightlife reputation and positions the restaurant to earn more stars. The chef's counter tasting menu is available Thursdays-Saturdays.

Baan Thai has surpassed hidden gem status only to emerge as a titan of Thai food in D.C. It's Yelp stars need to catch up with the likes of Eater's Bill Addison and the Washington Post's Tim Carman. Chef Jeeraporn Poksupthong -- whose nickname, P'Boom, is as fun as her food -- pours her heart into every plate. The chicken stuffed in tapioca skin (saa-kuu sâi gài); Tom yum noodle soup with roasted pork & ground chicken (guuai-dtiiao tom yum); and coconut milk griddle snack (kanom krok) are all five-star dishes, and that's just a small breath of what the restaurant has to offer.

Doi Moi more than competes with the Southeast Asian greats of this city, such as Maketto, Little Serow and Thip Khao, which roll around in Yelp stars. Chef Brittany Frick leads the kitchen that cranks out dishes that aren't afraid to go big in terms of heat, tang and funk from fish sauce. They recently pared the menu down, but triumphs like the crispy whole fish, green papaya salad, Chiang Mai chicken curry and crab fried rice remain. Toss in a daring drink program (think Gewurztraminer and Xinomavro), plus quirky soft serve and you have the full package.

Remember when you were a kid and fought your friends over who got the slice with the bubble? There's no reason to battle over bubbles at Etto on 14th Street, Northwest because nearly every slice is pocked with domes of imperfection in the best possible way. The flour that the Etto crew uses to make its four-star pizzas is milled mere feet away from the oven that chars the crust just enough. The salty, savory small plates help make Etto a neighborhood gem.

Indique got a major nip tuck over the past few months and as a result, deserves more stars. Besides renovations, the Cleveland Park Indian authority turbocharged its food and beverage programs. Chef K.N. Vinod is fresh off a trip back to India and his new menu includes dishes from his home region of Kerala, plus street food selections like shrimp puchka shots, sweet potato chaat and cauliflower Pecorino kulcha. Bar maven Carlie Steiner was tapped to design a drink program that reaches for the spice drawer like "Tamarind Tales" with Oloroso sherry, tamarind chutney and lemon or "House of Cardamom" with bourbon, roasted cardamom, kokum bitters and angostura bitters.

Why is a bar with one of the biggest whiskey libraries in the world sitting at 3.5 stars? Surely it's not because of selection -- library-like shelves are lined with 2,390 brown liquor bottles and counting. Toss in a robust beer program with cool reserve and vintage finds; clever cocktails; a lively rooftop; and a seasonal tiki bar and we're left scratching our heads. That's before we even talk food. Chef Russell Jones' menu swings high, low with everything from fried chicken skins and fried mac & cheese to pecan crusted soft-shell crabs or wild Atlantic red snapper with Anson Mills grits, shrimp and scallions. Jack Rose is a playground, but it's not playing around.

True, D.C. isn't enamored with out-of-town, household name chefs dropping off restaurants. But, remember, David Chang is a Northern Virginia native. His humming CityCenterDC restaurant, Momofuku CCDC, is sitting at three stars on Yelp instead of an earned four. Consider shunning two signature dishes (Momofuku ramen and the pork buns) in favor for underdogs like the brisket buns that come with a horseradish kick, or the subtler Momofuku beef noodle soup. The dish most deserving of four stars, however, is the chilled spicy noodles with Sichuan sausage, spinach and candied cashews. It's for advanced level spicy food fans.

Say what? Three stars?! Perhaps Jonah Kim's restaurant isn't getting a fair shake because diners see it solely as a noodle shop. When you order beyond the bowl, magic happens. There's the instant-classic uni waffle, for starters, but the menu also dabbles in bao buns, fried chicken and sashimi. Kim, after all, is up for a 2016 RAMMY award, just landed his ahi poke recipe in Food and Wine, and took home the title at Cochon. Combine his culinary acumen with a stylish space and stiff drinks and you have the recipe for more stars.

Note: Current star statuses are as of publication.