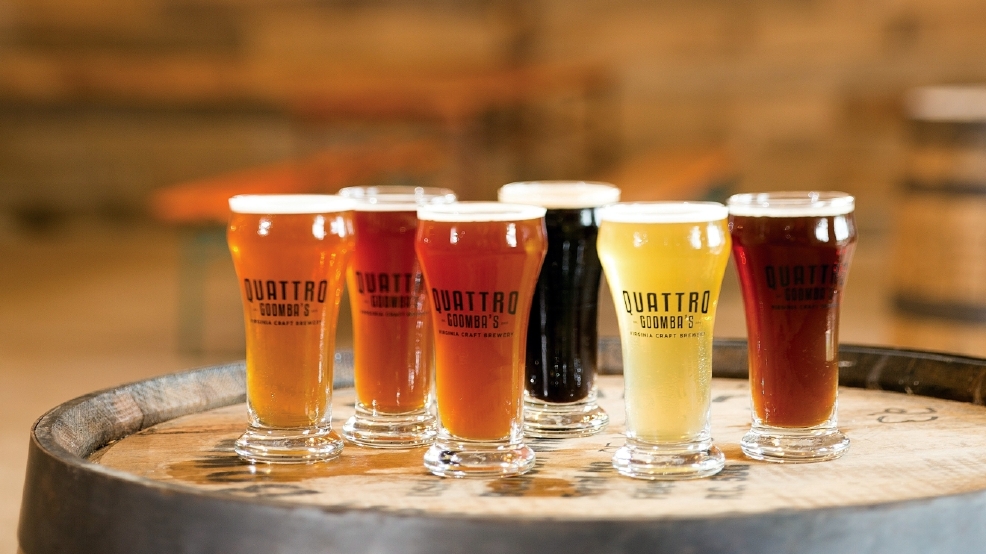 Thanks to a law enacted in early 2015 giving farm-based microbreweries the ability to grow, produce and serve beer on agricultural farm land, Loudoun has become quite the beer destination. (Image: Aboud Dweck)
SEE MORE

A day trip through the farm-based breweries of Loudoun County

We've come to know Loudoun County as "D.C.'s wine country," but it has quickly established itself as a beer destination as well. With more than 15 breweries, most of them within a 60-mile drive from D.C., Loudoun makes for a perfect day escape.

But the newest breed of breweries cropping up in the scenic countryside on farms along the foothills of the Blue Ridge Mountains are the farm breweries -- those that source most of their ingredients onsite, have brewing operations set up, and a tasting room.

It's all possible thanks to a law that was enacted in early 2015, giving farm-based microbreweries the ability to grow, produce and serve beer on agricultural farm land, which thanks to the Virginia climate, soil, and landscape is ideal for growing hops.

This spring, take a detour from the Virginia wine trail and check out a brewery on the ale trail -- you won't be disappointed!

The folks behind Great Country Farms and Bluemont Vineyard turned their home brewing hobby into a farm brewery, and it's absolutely worth a visit. The focus here is on hop forward beers -- think ales and IPAs -- and the favorites are the cherry ale and the pumpkin ale. If you are thinking these are "fruity" beers, believe me, they are most definitely not. Another popular choice is the "Fluster Cluck" (try saying that five times fast). Major bonus of Dirt Farm? The view of the hop fields and the countryside from the large wraparound patio is spectacular.

This new farm brewery is right next to the Quattro Goomba winery and has a cleaned up industrial look and a fantastic tap list. Enjoy beautiful views of horse country with your friends, family, and even your dog, while sipping on a saison or a blonde ale. Oh and don't miss out on a fresh slice of their handmade pizza! FYI, even though the winery and brewery are next to one another, it is not possible, due to legal regulations, to take wine into the brewery area, or vice versa.

A tasting room in a barn with a food truck outside and an old school popcorn vending machine is the recipe for success behind this quintessential farm brewery. Old 690 grows hops and malts on their own 10-acre property to make seasonal craft ales with a uniquely local touch. The tasting flight is a great lineup of 11 solid, tasty beers with something for everyone.

These three farm breweries combined with the arrival of Black Hops Farm, a commercial hops processing operation, and the Pilot Malt House artisan craft malting operation make us think it's safe to say the "Farm to keg" movement is here to stay.