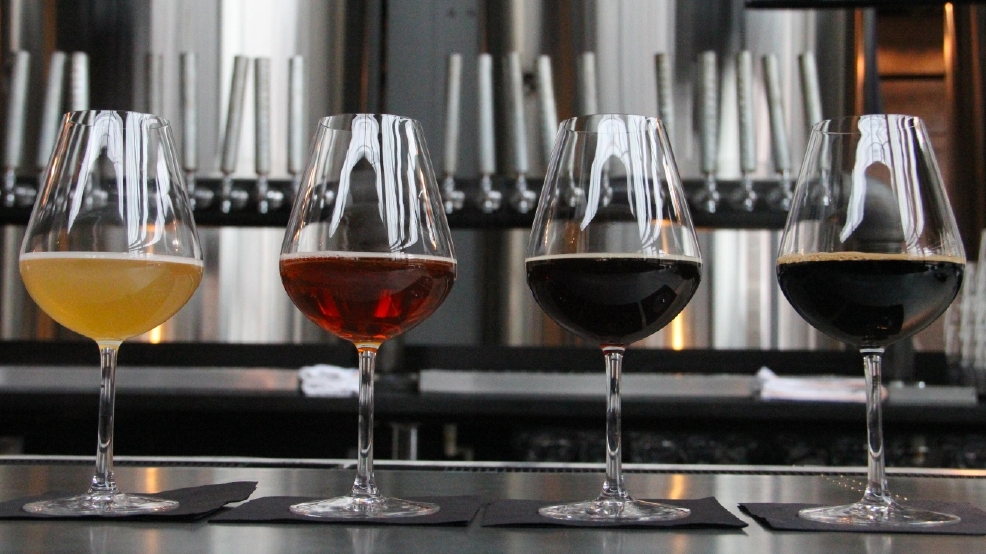 There's no need to be stuck with Corona, just because this summer. (Image: MarissaBialecki)
SEE MORE

Once upon a time, when you were in need of a quenching beer on a 95-degree D.C. day, your options might have been limited to a yeasty witbier from Belgium. Maybe a mass-market hefeweizen. Or if you were really desperate, a Corona with a lime jammed down its neck. But these days, that’s just the tip of the ice chest, as the summer beer universe rapidly accelerates.

Not only are there dozens of quaffable summer beers being produced in the DMV, but they’re hitting the shelves in a panoply of styles that are constrained only by brewers’ imaginations -- which is to say, not very constrained at all. Every brewer we spoke to more or less agreed on what makes a great warm weather beer: they’re typically very dry, light in color, low in alcohol, and only aromatically hoppy rather than overtly bitter. But even in adhering to those parameters, “that can give you a pretty broad spectrum,” said Ben Savage, Flying Dog’s Chief Marketing Officer. Witness Dead Rise, the brewery’s uber-popular German-style ale brewed with Old Bay seasoning; or Numero Uno, a Mexican lager with agave and salt; or even a limited-edition hibiscus grapefruit radler they just rolled out.

“There is literally a flavor profile for every palate” in the summer months, agreed Greg Engert, beer director for Neighborhood Restaurant Group and Bluejacket Brewery. Those can include wits and hefeweizens certainly, but also, styles like lambic, gose, Berlinerweiss, saison, even some pilsners and lagers.

One thing you’ll see in many of these styles: the prevalence of wheat. As Nathan Zeender, head brewer of Right Proper, tells it, wheat “has a bit more protein and acidity, a little bit more bite” than the rounder character of barley.

They also tend to be hopped very lightly, or dry hopped at the end of the process merely to add aroma and character, rather than the big bitter punch of an IPA. Their “lack of sweetness means you don’t need much hop bitterness,” said Engert.

But the critical factor -- indeed, perhaps the central factor -- in many of these brews is their yeast blends, which brewers often guard like a family heirloom. Many of these yeasts, such as Brettanomyces and lactobacillus (long associated with Belgian brewing) result in incredibly dry beers, said Zeender, who uses a proprietary, house-blended strain and likes to model his beers on dry white wines. They also provide an “extraordinary palate character.”

Here then, some of most interesting local quaffs you can find for these dog days of summer: