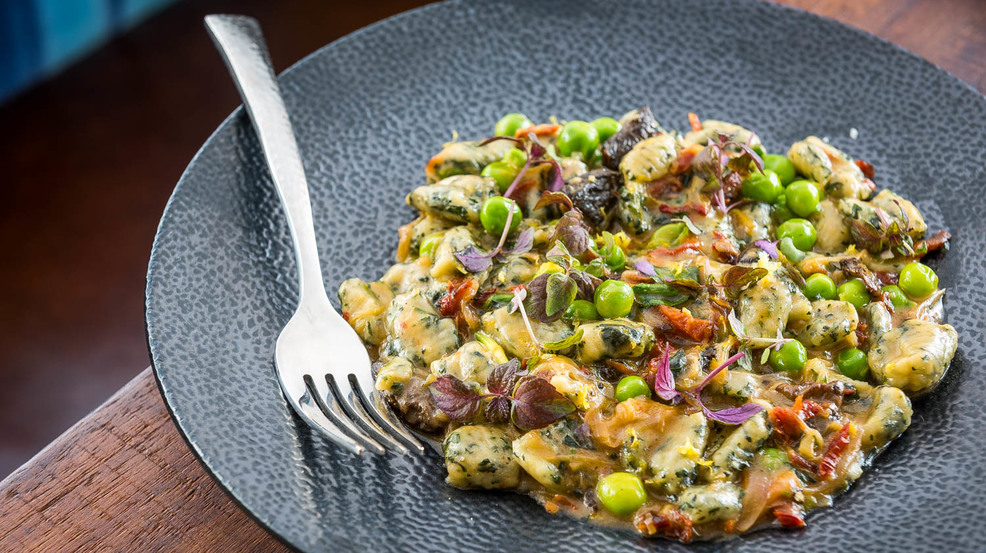 During his childhood days in Mandello del Lario on the shores of Italy’s Lake Cuomo, chef Matteo Venini and his friends would chase each other around with bunches of nettles, doing their best to avoid the herb's stinging touch. Years later, he’s using the plant in gnocchi at the newly-opened Lupo Verde Osteria (4814 MacArthur Blvd.) in the Palisades.

Venini, who also works with Lupo Verde on 14th and T St. NW, says nettle is something different to offer diners.

“From my knowledge, and that's only from Italian cuisine, there is nothing that can be close to it,” Venini says of the herb's earthy taste. “I think it’s a very different flavor.”

Nettle has been used throughout history in both the kitchen and as a way to treat ailments like muscle and joint pain. Coming in contact with fresh nettle is no joke, though. The plant’s leaves and stems are lined with small hairs that sting exposed skin. Cook it down though, and it becomes an edible ingredient favored in Italian cuisine. Venini remembers how his mother used the herb often herself, usually in a rice soup with potato.

Venini begins his gnocchi by blanching the nettles to make them safe to handle and eat. Next, he adds them to a sautée of shallots and leeks. That mixture gets finely chopped and folded in with baked potato, egg, salt, Parmesan cheese and flour to form the pasta dough. The final dish is topped with morel mushrooms, sun-dried tomatoes, green peas, lemon zest and ramps.

Lupo Verde Osteria sources its nettles from a farm in Pennsylvania. Since peak growing season only lasts a couple of months, the restaurant is buying and storing as much as it can get.

“You don’t want them too old,” Venini says of nettles. “You want the young ones because they are the most flavorful and the most fresh.”

Venini says he expects the dish to stay on the menu throughout the summer. The only pain for diners will be when the supply of this unique herb runs out.