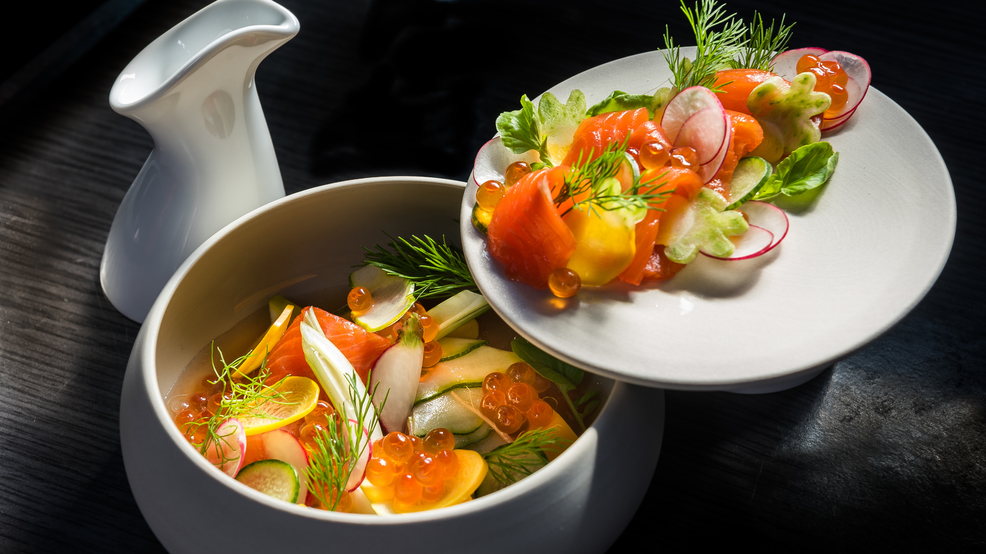 "This is important for Bresca because what we do matters – restaurants can be part of the solution to mitigate climate change," says Ratino. (Image: Rey Lopez)
SEE MORE

With a proposed plastic straw ban looming over D.C. , sustainability, particularly in regards to the restaurant industry, has been at the forefront of conversation this summer. Even before D.C. Council Member Jack Evans proposed a bill to outlaw plastic straws and plastic stirrers in the city, Founding Farmers and its sibling restaurants launched a campaign across the DMV encouraging area restaurants to eliminate single-use plastic drinking straws. Now, Bresca, which opted against using plastic straws or tasting spoons since day one, is upping the game and joining the Zero Food Print Initiative.

Bresca announced today that they were now one of 18 restaurants worldwide helping to fight climate change by going carbon neutral with the Zero Food Print Initiative. The Initiative, which was founded in 2013 by Chef Anthony Myint to help restaurants and diners reduce their climate impact, has found that the food system accounts for about 30 percent of the world’s carbon emissions.

After making the request to join the Initiative, Bresca was tasked with filling out an extensive questionnaire covering everything from how many covers it does a night to what cuts of meat are used at the restaurant and how many napkins they send out for dry cleaning on a daily basis. Assessors are then sent out to the restaurant to analyze operations, and make suggestions as to where they could reduce their footprint. Fees to join are on a per-cover basis, but vary depending on the restaurant's footprint -- the lower the footprint, the lower the fees, thus incentivizing member restaurants to reduce their carbon footprint even further.

"This is important for Bresca because what we do matters – restaurants can be part of the solution to mitigate climate change," says Ratino. "I consulted with my partners and my team and we all agreed this was a great idea to raise even more awareness and continue conversations with our colleagues in the industry about the changes and improvements we can make on our daily routines."

Myint estimates that more than half of the dollars spent on food are spent outside the home, and that the average restaurant meal (growing the food, bottling beverages, cooking the food, operating the restaurant etc.) generates between 10 and 15 kg of carbon dioxide, the equivalent of burning 1 gallon of gas.

While Bresca may be the first local restaurant to have joined this specific sustainability initiative, it's important to note that they are not the only the eco-conscious restaurant in town. As Eater DC pointed out, all of Le Pain Quotidien's U.S. restaurants were certified carbon neutral by the climate advisory organization CO2logic as of 2016. Urbana became the first D.C. restaurant to use a food waste technology called the Bio-Digester, which converts food scraps into grey wastewater that is then safely transported for treatment via existing drain systems. Founding Farmers has been working for years to provide a farm-to-table experience with a carbon footprint as close to zero as possible, by doing their own pickling/preserving, using cloth napkins, composting, and printing menus on recycled paper. Minibar joined Bresca (and 176 other restaurants worldwide) in going carbon neutral for Earth Day.

"There is always room for improvement in all areas," says Ratino. "Right now I am just happy my team, my partners and I are on board to making a difference no matter how small it is."