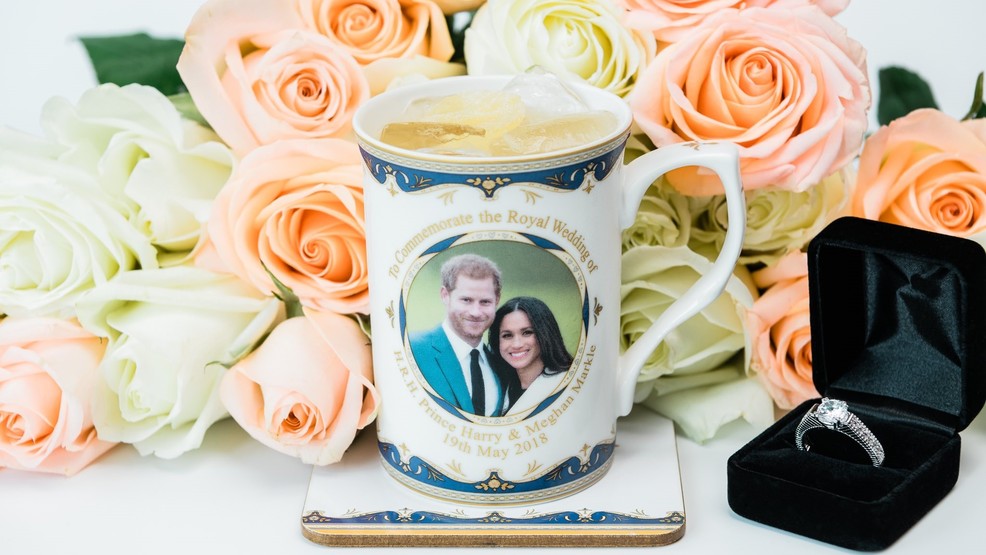 If you've been giddily tracking every update surrounding Prince Harry and Meghan Markle's impending nuptials, the next pop-up bar to come from the Drink Company team is going to be right up your alley. Yes, you guessed it, a "Royal Wedding PUB" is next on the docket for the 7th Street bar that used to house Eat the Rich, open May 4 through May 20. With only four days of downtime between the closing of the Cherry Blossom PUB and the opening of the new bar, it is the quickest turnaround the team has worked on yet.

“I’ve been a superfan of the royals since I was a kid and knew as soon as Prince Harry and Meghan Markle were engaged that we had to bring a slice of their day to all of the fans who want to experience a little bit of the fantasy — fascinators and all," says Drink Company CEO Angie Fetherston.

While this PUB will only take over one of the three spaces usually used, you can still expect the decor to be fit for a Princess, with a liberal use of family crests and a throne room inspired by the real thing in Buckingham Palace, where Kate and William took their official wedding photos -- expect "plenty of regal red and gilded touches." The overall aesthetic is inspired by the interior of the couple's wedding venue, St. George's Chapel at Windsor Castle, with hand-carved replicas of the church's vaulted ceilings and Gothic columns. Faux stained glass windows and heraldic standards (flags) will pay homage to past and present members of the Order of the Garter.

“Adriana [Salame] and I went down the rabbit hole researching British history and royal traditions, so this may be our most detail-oriented PUB to date,” says Special Projects Director Matt Fox. “We’d like to think the Queen would approve!”

The drink menu will include 11 unique cocktails created by Paul Taylor, including the usual kitschy details like mugs emblazoned with the royal couples' visage or a souvenir crown or (faux) engagement ring served on the side of a drink. Four California wines (Markle's home state) will be served alongside two CA beers, a British beer, Guinness, a Cider and a few "royal family favorite" 1 oz. pours of Scotch

"We drew inspiration for the menu from the engaged couple's background, royal weddings of past and English springtime," says Taylor. "We will honor the princess-in-waiting in the form of a spritz-style cocktail with rosé cider and edible glitter called the “Markle Sparkle.” "When Harry Met Meghan" salutes the dashing groom, weaving Scotch, bananas — and yes, ginger — together for a robust, refreshing cocktail."

Cocktails are $13-$14 and beer/wine/spirits range from $6-$15 a pour -- you can see the full menu below. The bar will open early on May 19 (D-DAY!) and begin airing the wedding festivities at 7 a.m. ET -- 100 percent of bar proceeds that day will benefit The Invictus Games Foundation -- an international sporting event for wounded, injured and sick servicemen and women -- for which Prince Harry is a patron.

Throughout the run of the pop-up bar, all guests will have a chance to win a replica of the royal couple’s lemon elderflower wedding cake, baked by the official chef of The British Embassy here in D.C.; raffle tickets will also benefit The Invictus Games Foundation. Super fans can also send the coup,e a handwritten note, drop it in the special mailbox at the bar and let the British Embassy deliver them to Kensington Palace.