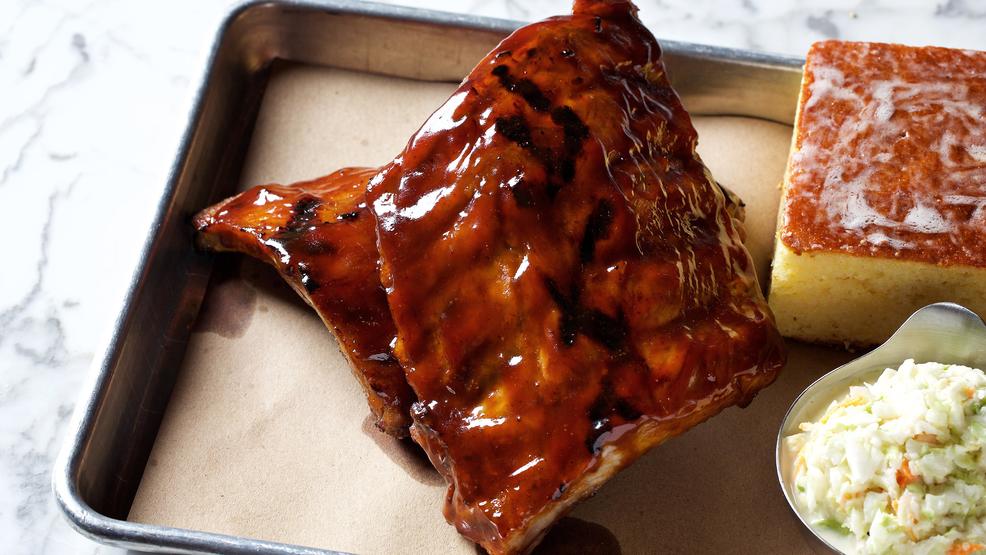 These ribs are offered as a second-course option at Matchbox during DMV Black Restaurant Week. Restaurants can choose their own pricing, and Matchbox's menu will run $32 for three courses. (Image: Deb Lindsay)
SEE MORE

You likely heard about the Restaurant Association of Metropolitan Washington’s Restaurant Week the minute you moved to D.C. The popular biannual event aims to lure customers to restaurants during otherwise slow periods by offering three-course dining deals at some of the city’s toniest spots.

Now, there’s a new restaurant week to add to your calendar—the DMV Black Restaurant Week (DMVBRW), which takes place Nov. 4–11 and was organized to both highlight black-owned restaurants across the city and offer black small business owners seminars meant to enrich their knowledge and increase their success rates.

Dr. Erinn Tucker, one of three main organizers of DMV Black Restaurant Week, says RAMW has been fully supportive of their efforts. She adds that she hopes local diners of all colors use the opportunity to learn more about black and African-American restaurateurs in the area.

“We want them to talk to management and employees,” Tucker says. “Try something new that they’ve never tried before, even if they’ve been to the restaurant before.”

Since some of the restaurants are far more casual than others, organizers decided to let business owners customize the deal options offered during DMVBRW. Some will serve a three-course meal for $15–$25, while others might do a 10-20 percent discount. Tucker says the team plans to release an app the week before DMVBRW launches so that diners can find out who is offering what. There will also be a passport-type book that diners can get stamped at participating restaurants.

During this week of deals, the organizers hope locals consider a black-owned restaurant whenever they have to schedule a meetup or need to grab a bite or drink. Participating restaurants include DCity Smokehouse, Smith Commons, Ben’s Chili Bowl, Hen Quarter, Half Smoke, Bukom Cafe and Matchbox. A trio of catering companies—D’lish Dish, Taylored Taste and Torch—are also in the mix, as are a few “ally” restaurants like Anxo and Unconventional Diner.

Some events are geared toward the general public, such as the kickoff reception Nov. 4 at Union District Oyster Bar and Lounge and a cocktail competition at Service Bar Nov. 5. But many of the events are meant for business owners, including a Business of Food and Education Conference taking place Nov. 10 at 8 a.m.

Tucker says despite the name, DMVBRW has always been about inclusiveness.

“Regardless of your race, anybody can participate in these activities,” she says. “I have had just as many white, Asian and Latina consumers and business owners call and say, ‘Tell us where to go.’ They wanted to be part of this mission.”

“The main thing I would like people to know is that this is a yearlong initiative,” Tucker says. “The week is just starting the conversation, but we’re going to have programming once a quarter leading up to next year. We’ll be continuously creating programming around our mission. Stay tuned.”