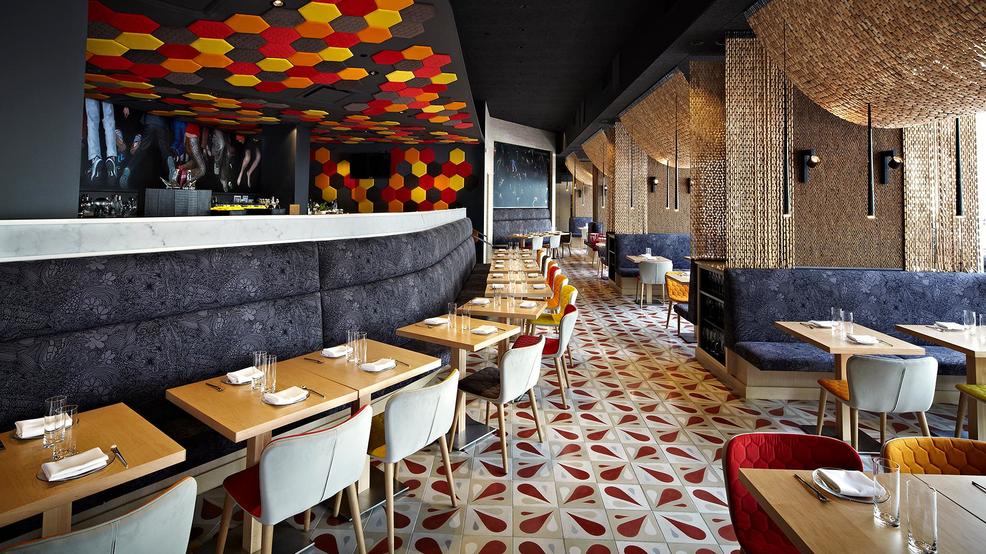 Jaleo by Jose Andres is a finalist for Outstanding Restaurant. Winners will be announced at the JBF Awards Gala on May 6. (Image: Greg Powers)
SEE MORE

We've also got to give a big shout out to our journalism colleagues who were recognized for their work as media award nominees. Bonnie Berkowitz, Seth Blanchard, Aaron Steckelberg and Monica Ulmanu of the graphics department for the Washington Post were collectively nominated in the Innovative Storytelling category for "What's in a food truck?" Maura Judkis also from the Post is a nominee in the Personal Essay (Short Form) category for “Doritos is Developing Lady-Friendly Chips Because You Should Never Hear a Woman Crunch." Judkis took home the award last year in the humor category for "Pumpkin Spice Life." Winners of the James Beard Media Awards will be announced on Friday, April 26.

The winners for the restaurant and chef awards will be revealed at the JBF Awards Gala in Chicago on May 6, hosted by Jesse Tyler Ferguson. The Lifetime Achievement Award will also be presented at the gala to five-time James Beard Award winner chef Patrick O’Connell of The Inn at Little Washington. Annie’s Paramount Steakhouse, owned by Paul Katinas, will also be honored at the gala with an America’s Classics Award.