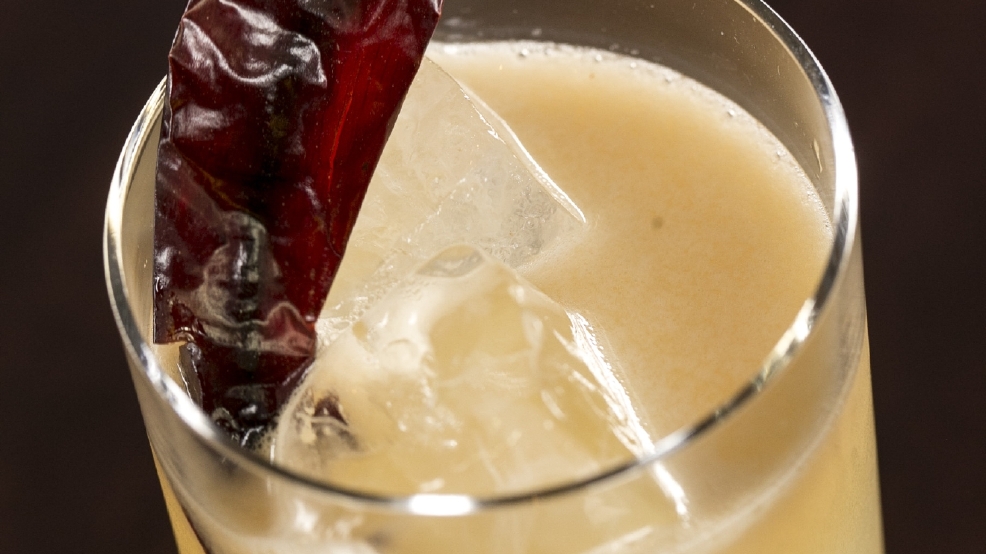 Get Schooled in Scotch: Recipes, bottles and tasting tips from D.C. bartenders

January 25 marks Burns Night, which highlights the life and work of Scottish poet Robert Burns. While traditional celebrations include a Burns Supper of haggis and reading of his works, for the rest of us, Burns Night is just another excuse to partake in a dram or two of Scotch.

But let’s say you don’t know your single malt from your blended Scotch and are scratching your head at the notion of the differences between bottles from the Highlands and Speyside. D.C. bartenders are here to offer a few cocktails to ease newbies into the category, and tips on how to taste the spirit neat or with water. As for Scotch enthusiasts, we’ve got you covered, too, with standout bottles from spirit lists around the city. As they toast in Scotland, “Sláinte!”

Jack Rose celebrates Burns Night every year; this year, they will offer a special Scotch- and Burns-inspired snack menu at the Saloon Bar, with bites like Scotch eggs.

They will also feature several discounted rare old single malts (including those from now-defunct distilleries), all hand-picked by owner Bill Thomas. For cocktail fans, head bartender Benny Hurwitz suggests the Penicillin as a great intro to peated Islay Scotch; it also has lemon juice, ginger, and honey syrup, so it’s both delicious and (as its name suggests) medicinal, especially this time of year. He also likes drinking Robert Burns’ namesake cocktail, which stirs a quality Highland single malt with sweet vermouth, orange bitters, and absinthe. “Really, the same things that make any good cocktail [make a good Scotch cocktail],” he says. “Quality spirits, fresh ingredients and the right proportions.” He does note that whatever Scotch is used in a libation will change the drink drastically; he prefers Highland single malts with a modifier of smoky Islay for the most balance and complexity. Here are a few of Hurwitz’s picks for standouts on Jack Rose’s menu:

Scotch newbies will feel right at home at home at this bar at the Rosewood Hotel in Georgetown, where food and beverage manager Diego Zeballos offers up tips for the would-be whisky fan. He says to start by tasting the spirit neat--just a small sip to cover the surface of the tongue. “Now this is important: hold the whisky in your mouth for at least ten seconds,” he says, adding that if you aren’t used to drinking whisky neat, this may burn on your tongue and make your eyes water. “Stick with it; after several seconds you should notice the burn abate, and you should begin the taste the sweetness of the whisky.” Swirl it around your mouth, try to pick our individual aromas and flavors, and swallow it; next, add a few drops of water and repeat the process.

If you are looking for an approachable Scotch cocktail, order a Blood and Sand, named for a 1922 silent film with Rudolph Valentino (see recipe below), whose unlikely blend of Scotch, orange juice, Cherry Heering and Sweet Vermouth is interesting, balanced and not too boozy. Eventually, work yourself up to a Rob Roy (essentially a Scotch-based Manhattan) or a Rusty Nail (Scotch and Drambuie), he says. “It may sound like something your grandfather [would] drink, but it’s delicious,” he admits. And look for the following stellar bottles on Rye Bar’s menu:

Mike Isabella Concepts beverage director Taha Ismail says selecting which Scotch to use in a cocktail depends on the season. “In the winter I tend to use peaty and smoky Scotches, while in the spring and summer I tend toward Scotches from the Speyside region, which are sweet and fruity,” he notes. No matter the time of year though, a great Scotch cocktail always touts a balance of ingredients to highlight the included whisky.

Favorite current Scotch sips from his menus include the Prince of Persia at Kapnos Kouzina, with Monkey Shoulder Scotch Whisky, cardamaro, papaya shrub and pimento bitters; and The Crossing Guard at G, with Speyburn Arranta Single Malt Scotch Whisky, Luxardo Maraschino Liqueur, Averna Amaro and lemon juice. As for sipping neat, he suggests those new to the category start with whiskies from the Speyside region, which “tend to be mellow, sweet and fruit,” and then work up to the Highlands or to the heavily peated and smoky offerings from Islay. Top Scotches available at Mike Isabella Concepts Restaurants include:

This recipe is named for Rudolph Valentine’s 1922 bullfighter movie of the same name. It’s one of those cocktails whose combination of ingredients doesn’t sound like it would work together, but somehow it does. Be sure to use Cherry Heering, not another cherry brandy and not maraschino liqueur.

Toast to the man himself with this Manhattan-esque libation. Keep in mind that if you select an Islay Scotch its peatiness may overpower the other ingredients.

No, the name of this cocktail does not have a typo; Tain is the hometown of Glenmorangie Distillery, from where the whisky used in this drink hails.

For the Ardbeg Chili Liqueur:

This sip is part of Del Campo’s Bite My Cocktail menu, which mashes up drinks and appetizers. There, it’s garnished with house made chorizo-stuffed shishito peppers. To make it easier, feel free to garnish with a grilled shishito pepper or a skewered slice of chorizo.

Kelly Magyarics, DWS, is a wine, spirits and lifestyle writer, and wine educator, in the Washington, D.C. area. She can be reached through her website, www.kellymagyarics.com, or on Twitter and Instagram @kmagyarics.