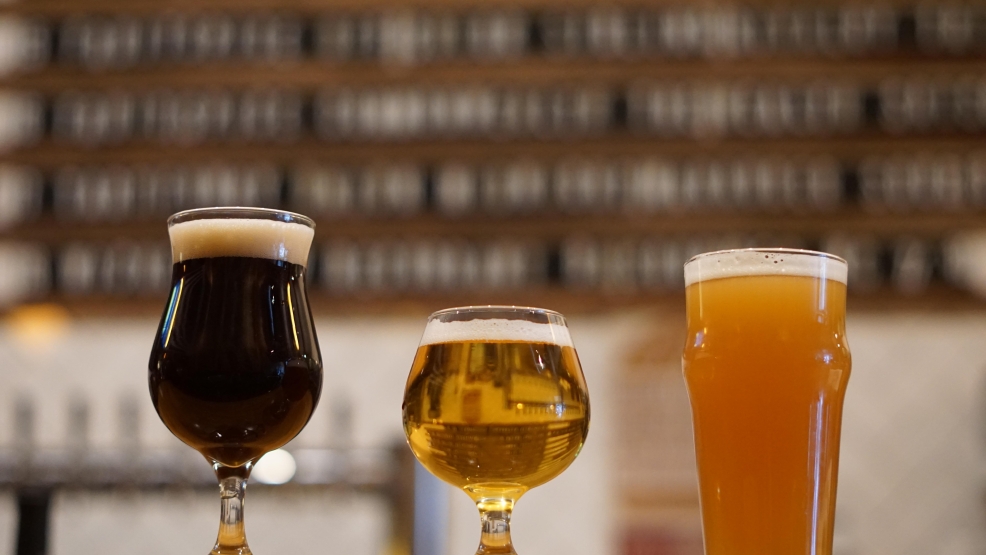 National Beer Day started in 2009 by Justin Smith of Richmond, who created a Facebook page eventually picked up by beer drinking app Untappd. It’s been trending ever since, and the date was officially recognized this year by Virginia Governor Terry McAuliffe. So fill up a mug at one of these places around town and drink up! (Image: Courtesy NRG)
SEE MORE

Get Your Suds On: It&rsquo;s National Beer Day

Happy National Beer Day! We know what you’re thinking. Meh, it’s just another one of those holidays invented by a PR firm to get us to eat or drink something they are hawking. But this one actually has a basis in history.

April 7, 1933 was the day that the Cullen-Harrison Act was enacted, which allowed people to buy, sell and drink beer that contained up to 3.2% alcohol. Ok, so technically Prohibition was still going on, and Repeal Day wouldn’t happen for another seven months (December 5, 1933, to be exact.) But on April 7, Americans were happy to be able to legally drink anything that could give them a buzz.

National Beer Day started in 2009 by Justin Smith of Richmond, who created a Facebook page eventually picked up by beer drinking app Untappd. It’s been trending ever since, and the date was officially recognized this year by Virginia Governor Terry McAuliffe. So fill up a mug at one of these places around town and drink up!

The restaurant and rooftop beer garden in Shaw is not only celebrating National Beer Day, but its one-year anniversary. Swing by from April 7-9 for a celebratory toast and a beer tapped from a limited supply of specialty kegs priced $9-$14 for a 10-12 ounce draft. Options include Allagash Brewing Company’s St. Klippenstein (a Belgian strong dark ale), Southern Tier Brewing Company’s Imperial Cherry Rose (an imperial sour ale brewed with tart cherry juice) and Flying Dog Brewery’s Brewhouse Rarities Bee Beer (a saison / farmhouse ale-style beer made with bee pollen and honey).

Chef Robert Wiedmaier’s Belgian restaurant will offer a special preview of the upcoming Craft Brewers Conference with out-of-market drafts from Funkwerks of Colorado--the brewery’s Saison and Nelson Sauvin will be offered at happy hour prices. Other offerings continue through April 13, with nightly specials including the Craft Brewers Conference Welcome Night with rare beers, a Belgian keg stand with Wetten and Sly Fox (complete with DJ, photo booth and patio takeover) and a happy hour with St. Feullien and brewmaster Alexis Briol from Belgium.

On April 7, the craft beer-focused restaurant and bar near GWU (and one of the 2017 RAMMY finalists for beer program of the year) will feature a different draft beer for $3 every thirty minutes starting at 4 p.m., running until 7 p.m. From 7 p.m. through closing, beers will be $5 and will again change every thirty minutes.

Nate Anda’s Dupont Circle burger bar will feature Lawson’s Sip of Sunshine for $5, a very rare IPA from Vermont, as part of their happy hour on Friday from 4-7 p.m. They’ll also be offering Ocelot Over Yonder, a hoppy red ale, for $3, and Do It Again, an IPA from NRG’s Bluejacket Brewery, for $4.