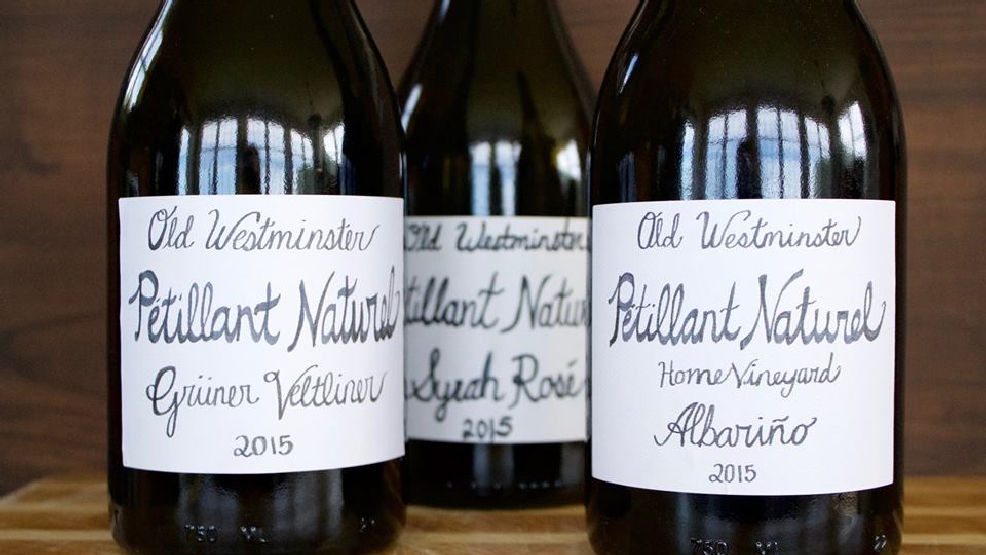 Getting fizzy with it: Impress your friends by ordering a bottle of pét-nat

Just as you might select a rosé when you and your friends can’t settle on a white or a red, pét-nat is the wine world’s perfect “still-or-sparkling” compromise. Technically called pétillant-naturel (but shortened by trend-forward sommeliers and oenophiles alike), this style of wine got its start eons ago in France’s Loire Valley, produced by bottling and capping wine that’s still fermenting. Unlike with Champagne and other traditional method sparklers, though, no yeast or sugar is added to the bottle before it’s capped, and it’s not finished with a dosage of wine or additional sugar, both of which make the results a bit more unpredictable. The wine continues to ferment in the bottle, and the result is a beverage with about half the pressure of Champagne. Rustic and unexpected, it can be quite a fun gamble for wine fans.

“Besides the fact that it’s downright delicious, pét-nat doesn’t have any additives, there’s no blending, and the all-natural process is a direct reflection of the vineyard and the vintage,” notes Drew Baker, one of the founders of Maryland’s Old Westminster Winery, which has recently made pét-nat a focus. “Once the fermenting juice is bottled just weeks after harvest, you don’t taste it again until it’s in your glass...that spontaneity is one reason why it’s so fun.”

At Rob Rubba’s chic American spot Hazel in Shaw, general manager Christopher Metts has the 2015 Old Westminster Albariño Petillant-Naturel Sparkling Wine for $60 a bottle on the Tart & Funky section of the wine list. “[It has] bright and balanced acidity, tons of fresh citrus and tropical fruit, melon and Granny Smith apple with fresh flowers and nuts and honey on the nose,” he describes. He says it goes great with the Lazy Susan Ducked Up! family-style dinner ($95 for two or three guests), with roasted rohan duck breast, crispy wings, kimchi-confit fried rice, mixed greens with duck fat Sherry dressing, dumplings, pickles and assorted sauces. “[The wine’s] acidity helps to cut through a lot of the richness of the dishes, while the complex fruit and floral notes...enhance the 5-spice blend and sesame flavors.”

Neighborhood Restaurant Group restaurants definitely have a crush on pét-nat. At the hip, jukebox-themed EatBar near Eastern Market, bar manager Paul Michel stocks the 2015 Avinyo Vi d’Agulla Penedés from Catalunya Spain for $9 a glass, and $36 a bottle. Produced in a region better known for its fully-sparkling, traditional method Cavas, it’s delicious, light and refreshing says Michel, with zesty lime and a touch of tropical fruit. “It’s a nice effervescent sub for a dry riesling,” he points out, especially with dishes like arugula salad with salty Grana Padano cheese, or the tart earthiness of the pickled mushrooms in EatBar’s crespelle.

NRG’s brew-focused Georgetown restaurant The Sovereign even has a few pét-nats on the menu. The 2013 Renardet-Fâche Cerdon de Bugey Rose ($45/bottle) is a blend of gamay and poulsard from Bugey, an often-overlooked wine region in eastern France that produces a treasure trove of high acid, low alcohol, elegant wines. “[It’s] beautifully pink, highly carbonated for optimal palate cleansing,very dry with lovely acidity and a touch of funk,” says general manager Zackary Shelton, who sees the style as a great introduction to wine for lambic beer lovers, and likes to pair it with curry mussels. “The carbonation will accentuate the mild heat from the Madras curry but the residual sugar will linger on the palate, dispelling any residual heat from the dish."

“There is always a sense of adventure to opening a bottle that hasn't been filtered or disgorged- we expect every bottle to be a little different,” says Eric Di Nardo, assistant general manager at Conosci, the inventive Asian tasting room in City Vista overseen by chef George Rodrigues. “The resurgence of pet-nat style wines is an extension of the natural wine movement; there's a romanticism in the idea that a wine's fermentation ebbs and flows with the seasons, stopping when it gets too cold and recommencing (this time in bottle) when it begins to warm up again, naturally creating very soft bubbles,” he adds. Conosci has three pét-nats on the menu, including the 2013 Le Facteur Pétillant-Naturel Extra Brut for $65 a bottle, a 100% chenin blanc-based dry, medium-bodied wine from Vouvray producer Matthieu Cosme that Di Nardo describes as having notes of stone fruit, yeastiness and lots of beeswax. Rodrigues likes to play with “wild card” ingredients on otherwise familiar dishes (like hearts of palm with beef tartare and scallop noodles in fermented yucca broth), and pét-nat’s diversity can deftly hold its own to it all. “The range they have have proven themselves essential to our ability to offer guests both fun and interesting pairings,” Di Nardo says.

D.C.’s wine lists are peppered with pét-nat, but it still tends to be a niche category touted by sommeliers looking for the unexpected, rather than a full-on trend. “It’s really a supply issue with distributors being gun-shy about stocking them, and only hyper-creative somms buying them,” wrote Proof general manager Brent Kroll via direct message on Twitter. Vinoteca sommelier Kate Chrisman loves them, but admits they are rare and difficult to keep on a menu. Blue Duck Tavern features the Mas de Daumas Gassac Rosé Frizant from France’s Languedoc region, but only in the spring and summer months.

Still, since Baker says that pét-nat is a perfect fit for the East Coast, where weather can be inconsistent during the growing season, we may see them popping up more on menus in the DMV. “Unlike it's showy cousin, Champagne, which is precise and calculated, pét-nat is wild and spontaneous--that’s why we love it,” he explains. “We’re all in on pét-nat.”