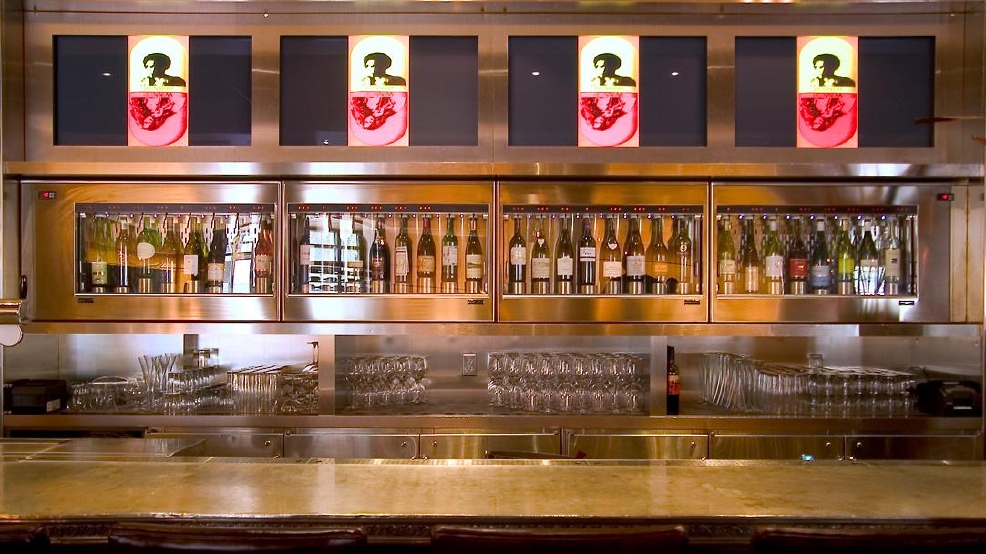 Grape Cause: Make an under-the-radar French red varietal your go-to wine this month

Want to drink great wine while doing something good? Then cozy up to a Burgundian grape this month, when Fat Baby Inc. is again hosting its GaMay fundraiser to raise money for pancreatic cancer research. The company’s concepts (Proof, Estadio, Doi Moi and 2 Birds 1 Stone), along with other area participating restaurants including The Riggsby and Tail Up Goat, are showcasing offerings made with the gamay grape on wine lists and donating the proceeds from sales to the Lustgarten Foundation to Cure Pancreatic Cancer. This cause is especially personal to Max Kuller, president of Fat Baby Restaurants Inc., whose father, restaurateur Mark Kuller, passed away from the disease in 2014.

Gamay is a thin-skinned varietal that produces light-bodied wines with red fruit, balanced acidity and low tannins. In other words, it makes absolutely perfect bottles to break out for spring picnics, boat outings, al fresco dining and outdoor soirées that we’re all enjoying or dreaming about this month. But since gamay is native to the southern part of Burgundy, serious examples of gamay have pretty much been overlooked, Kuller points out. Wine fans have also been turned off by the marketing hoopla surrounding the release of Beaujolais Nouveau, a light, easy-drinking, extremely fruity gamay-based wine that hits the market each year on the third Thursday in November (which some dryly point out is much ado about nothing.) “[Beaujolais Nouveau] is very affordable and can be quite enjoyable around the holidays,” Kuller admits. “That said, it isn’t exactly thought provoking, and generally doesn’t speak to the wonderful granitic-dominant terroir of the ten Crus of Beaujolais.”

So what about the higher quality juice made in Beaujolais? Ten crus--or villages--are permitted to put their names on the label. They range from Fleurie (which produces floral and delicate styles) to Morgon (where it's powerful and earthy) to Moulin à Vent (which tend to be the most age-worthy bottles.) “What sets apart these wines for me is that they maintain much of the pleasant fruity and floral character that the Nouveau versions have but also have great finesse and elegance,” Kuller explains. “They are generally lighter-bodied wines, with low to moderate alcohol levels, minimal silky tannins, refreshing acidity, and beautiful electric minerality, driven by the old vines that make many of the top wines being rooted in granite.” What’s more, he says, because they remain a little left-of-center, you can find lots of amazing gamay from Beaujolais that touts wallet-friendly price tags.

Aaron Keller, general manager and sommelier at Doi Moi, is pretty excited about all of the gamays they have on the list this month, but cites two as being particularly stellar. The Nicolas Chemarin Beaujolais-Villages ($13/glass at Doi Moi) is made with grapes from a sixty year old parcel called “Les Vignes de Jeannot” planted by and tended to by Chemarin’s uncle Jeannot. “The nose shows dried violets, dry earth, and some cherry and cranberry notes,” he says. “On the palate the cherry and cranberry share the stage with violet, lavender, and a hint of anise, [and] the acidity in the wine leaves the mouth watering, wanting to take another sip.” The 2015 Julien Sunier Regnie ($68/bottle at Doi Moi) comes from the most recently elevated Cru in Beaujolais. Rich on the nose, with floral notes along with dark raspberry and plum, it is equally rich yet velvety on the palate, with an undertone of cocoa, great structure and a textured mouth feel.

Even the more structured, fuller-bodied examples of Beaujolais are still relatively lighter in style, which means they are a dream for pairing with food. “Gamay tends to have a brighter acidity and riper fruit notes and a bit less tannin than many red wines (though there are certainly many examples, especially some Cru Beaujolais, that do not follow this trend),” Keller points out. He says its acidity moderates the richness of charcuteries, pâtés and terrines, and how the mild tannins also let the meaty flavors shine through. Gamay also works with flaky white fish and spicy foods--including the Southeast Asian cuisine at Doi Moi.

At Estadio, order a tableful of tapas and flutes of the 2014 Grosbot Barbara Sparkling Gamay ($13/glass), which wine director Kevin Martin loves for its fruity yet bone dry style (you can also try it with the aji blanco garlic soup, part of the vegetarian tasting menu.) At Proof, you can do an entire tasting menu of Gamay pairings, from the sparkling Château Lavernette “Granit”, to the certified organic and biodynamic Brick House Gamay Noir from the Blue Ribbon Ridge AVA in Oregon’s Willamette Valley. “Their take is definitely a fruit-forward style of gamay, but it is well-balanced with herbal, spice and earth notes,” Keller says.

Kuller launched GaMay as both a celebration of the awesomeness of the grape, and as a campaign to raise awareness for a disease with which he unfortunately has a very personal connection. “The main reason pancreatic cancer takes so many lives so quickly is because the same under-the-radar nature it shares with Gamay,” he explains. “Way too often, the disease is discovered in highly progressed stages, where little can be done to cure its victims.” Enjoying some gamay during GaMay supports research and early detection initiatives. “My dad was an amazing collector and connoisseur of all wine,” he adds. He didn't drink a lot of gamay...but [he] always championed the little guy, especially if he knew the little guy had greatness within, and I know he would be thrilled that we are doing that for such a cause (until we can kick pancreatic cancer's ass for good!)!”’ Cheers to that.

For more information about the restaurants participating in GaMay, go to www.ga-may.com.