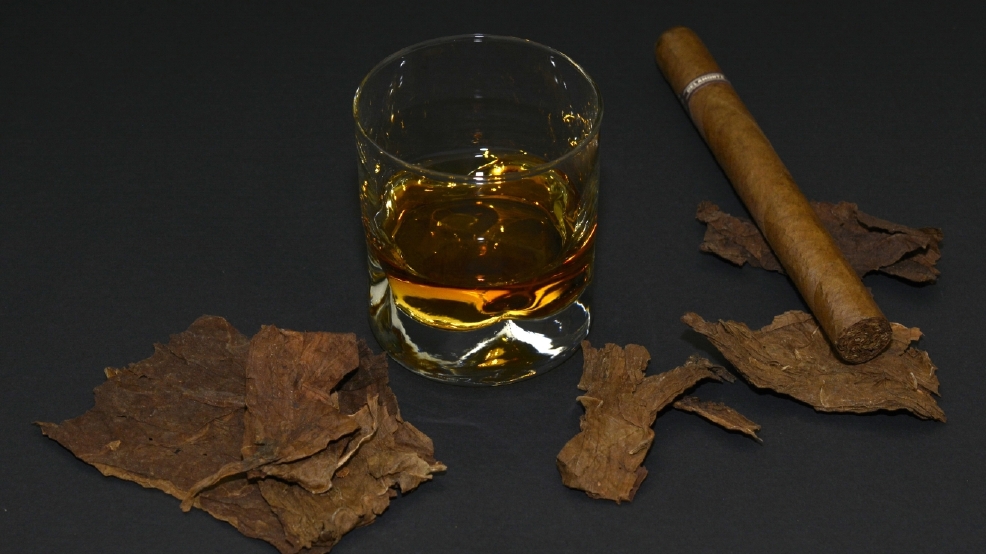 Hold the phone... Bourbon Steak now has a certified tobacconist on staff? According to writer Kelly Magyarics, "Between deciding whether to cut or punch, whether to take off the wrapper or leave it on, how often to draw and whether or not to ash, smoking cigars is so ritualistic--one of those pastimes where if you don’t know the norms, you feel left out of an exclusive club. Having someone affable and approachable to guide a newbie like myself toned down the awkward factor tremendously, and let me actually enjoy the experience." (Image: Courtesy Pixabay)
SEE MORE

Hold the Scotch: Bourbon Steak&rsquo;s certified tobacconist says your cigar can do better

Confession: I’ve never been much of a “cigar aficionado." I’ve only ever smoked a few, usually around a firepit with my husband and brothers-in-law after dinner or during a summer barbecue with a little Bourbon on the side. But when I found out that Bourbon Steak now has a full time Certified Tobacconist on staff, who not only recommends cigars to guests, but beverage pairings as well (and hint, they aren’t generally rocks glasses of whiskey), my interest was piqued.

Until a year and a half ago, twenty-five-year-old Mason Foster had never even smoked a cigar. But during the oral exam part of employee training at Bourbon Steak, he was asked “can you tell me about the cigars we have here?” and he didn’t even know the restaurant offered any. “I went down to [Georgetown Tobacco] with the list of cigars we had, smoked them and started to build a relationship with the team,” he recalls. Foster ended up going into the shop four or five times per week and started studying for the certification, which is offered through a Tobacconist University representative sent out to a sponsored shop. To pass, you need to answer around a hundred questions and get at least 90% of them correct. He did.

Foster told me that part of his goal has been trying to get people out of the “whiskey and cigar” mentality. “Because cigars are viewed as ultra-masculine and old-timey, there’s a perception that whiskey is the only match,” he notes. “In reality, cigars have a wide range of flavor profiles and because of their PH level, they’re actually best with something sweet and acidic.”

What’s that? Sweet and acidic drinks with cigars? Doesn’t that go against everything we’ve ever read and heard? Perhaps, but once Foster explains the rationale behind it, it makes a lot of sense. Cigars have a high alkaline content; drinking high proof, room temperature whiskey (or even whiskey on the rocks), does nothing to offset or foil that. So in essence, you are getting double the amount of fire in your mouth. When he was studying for his tobacco certification, Foster told me he would actually pop a few Skittles or Starburst while smoking to bring the PH level back to a neutral center. “Cigars have a very alkaline presence, so when you bring acidity, you can really taste the flavor contrast and get the most out of the experience.” So, recommended drink pairings run more along the lines of Champagne, Sauvignon Blanc, rosé, or even a fresh, tart cocktail with gin and lime. Since those are drink styles I generally crave, I thought maybe I could train myself to be a cigar fan after all.

After dinner, Foster and I ran through a little role play, where he asked me the three questions he asks any guest looking for a post-dinner cigar: Do you frequently smoke? Do you want to enjoy a beverage with it? Have you recently eaten? After a little back and forth, I decided that I wanted something I could enjoy in around thirty minutes, with a relatively acidic beverage pairing (he first suggested a California Chardonnay, but I nixed that idea as I’m generally not a fan of the butter and oak.) We decided on the aforementioned Arturo Fuentes Short Story, a four-inch long cigar from the Dominican Republic wrapped with a leaf from Cameroon. On the menu, the cigar is listed as 4x49; for those (like me) unfamiliar with those numbers, the first refers to its length in inches, the second, to the diameter in 64ths of an inch. Foster describes it as mild and medium-bodied, with notes of light black pepper and subtle sweetness that evolve to pine and cedar. “A short, thirty-minute rollercoaster from start to finish,” he calls it. He opted to pair it with one of my favorite white wines, Sancerre from France’s Loire Valley region. Perfect.

When you order a cigar at Bourbon Steak, it’s presented on a plate along with a cutter and a box of wooden matches, and described much the way a bottle of wine would be. You can cut it, or let Foster do it, or use your own punch instead of a cutter, but the latter method involves cutting a small, circular hole in the cigar, which some say changes the draw and flavor.

We headed out to one of the firepits on the patio on one of the coldest nights of the year, where heavy blankets were set out on chairs. The other option for smokers at Bourbon Steak is one of the several hotel rooms designated as smoking rooms. Foster cut and lit my cigar (with his vintage Dupont lighter no less), which went out several times and had to be relit, as I was chatting and forgot to draw on it often enough. The Sancerre definitely helped keep my palate sharp.

Between deciding whether to cut or punch, whether to take off the wrapper or leave it on, how often to draw and whether or not to ash, smoking cigars is so ritualistic--one of those pastimes where if you don’t know the norms, you feel left out of an exclusive club. Having someone affable and approachable to guide a newbie like myself toned down the awkward factor tremendously, and let me actually enjoy the experience. Next time, to really look like a pro, I’ll bring along a bag of Skittles.

Here are a few other cigar and drink pairings you can enjoy at Bourbon Steak:

Davidoff Double “R” with Nicolas Feuillatte, Veuve Clicquot or Louis Roederer Champagne
“The flavor is buttery, bodacious and oaky. The cigar will have a relatively mild flavor, but a very robust presence with praline and some slightly salted pistachios. When it hits the Champagne, you’re going from two very different contrasts of similar buttery/creamy flavors.”

Flor de Las Antillas by My Father with a South African Sauvignon Blanc or a Portuguese Vino Verde
“Vino Verde does something interesting and similar to Champagne in that it converts to lactic acid. It has some very light and soft bubbles that have a little twang to the crispy, refreshing flavor profiles. The cigar is a little bigger in body with a more nutty flavor with white and black pepper. This pairing is sweet and salty. Vino Verde isn’t sweet on its own, but the cigar really brings out that element.”

My Father Le Bijou Torpedo Cigar with The Fifth Season cocktail (Jim Beam Rye, Lagavulin Scotch, Galliano Ristretto and cane syrup)
“This is a primarily Nicaraguan tobacco cigar with an incredible big body and rich, bodacious flavor of black pepper and chocolate-covered raisins.This falls in line with that rich, thick, deep, dark, dank flavor of Bourbon, Scotch and coffee. There’s some slight sweetness to it with the cigar’s Madeira wrapper. Any dinner you end with this cigar will feel like you’re sitting at the Four Seasons.”