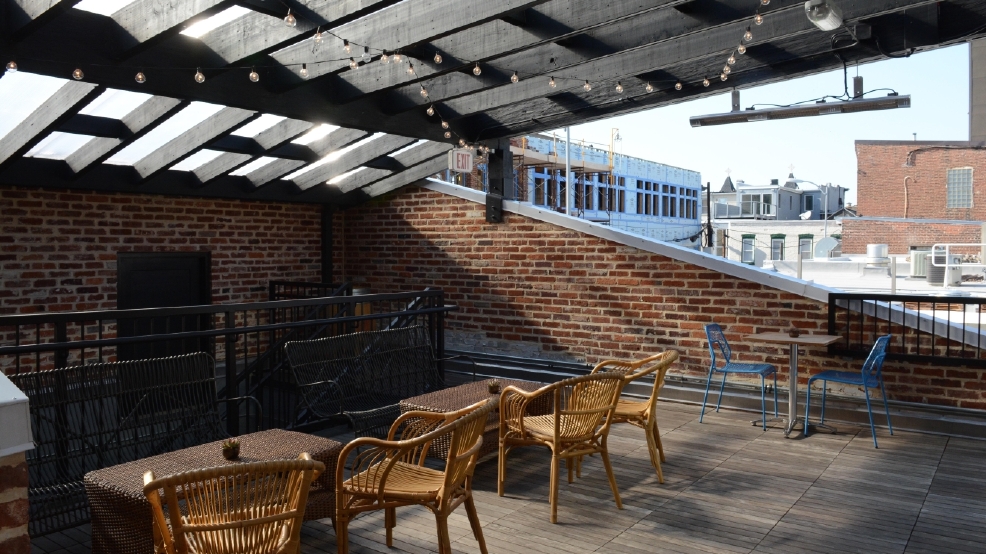 Derek Brown, cocktail genius/owner of four bars including the Columbia Room is helping to get the bar industry thinking about environmentalism. At CR, he's rolling out a handful of water-saving initiatives. (Image: Laura Hayes)
SEE MORE

How the restaurant industry can start thinking green

Bring environmentalists behind the bar after last call and prepare to see their heads roll. Most bars at night's end burn their ice. "It means that you take hot water and pour it over the ice until it's melted," says Derek Brown, a leader in the D.C. bar scene who operates four bars. "So, you run the sink the whole time and get rid of all that water that has formed the ice."

Burning ice is a standard practice and bars blow through water at alarming rates. "Restaurants and bars are not built to be friendly toward the usage of water; they're built to serve customers," Brown says. "From the flush of the toilet to the washing of glasses, they're all points where we're losing water."

Brown's newest bar the Columbia Room is in the infant stages of rolling out a handful of water-saving initiatives, but they're asking the right questions. And, they've brought in help. Eliot Sherman, a water specialist who has more than a decade of experience specializing in international and domestic water resource management and sustainability issues, is on call to consult the Columbia Room on how to be less wasteful. He hopes to do the same for other bars, and will speak about water usage in the industry at this year's Tales of the Cocktail event.

"I was up here in the winter when this was still under construction," Sherman says during a powwow in the Columbia Room's al fresco punch garden. "I saw the roof and said, you should totally do rainwater capture. D.C. is huge on that, and it's good for the Bay." During storms, D.C.'s water treatment plant gets overrun forcing excess water into the Chesapeake Bay and Potomac River causing runoff nutrient pollution. "An affordable and easy way to decrease that volume is rainwater capture," Sherman says.

That was step one. See if you can spot the Catoctin Creek barrel the Columbia Room uses to collect rainwater from a roof drain. But, you don't have to have an empty barrel from a distillery to do it. "The city incentivizes it -- D.C. will provide you with a barrel for a small fee or pay you back if you purchase your own," Sherman says of the city's RiverSmart program.

Brown says the ultimate goal is to collect rainwater, plus the water from the ice scheduled to be burned. "We can dump the ice in the barrel and use it to irrigate the garden," he says. The planters forming the periphery of the punch garden hold herbs and plants that staff fold into dishes and drinks such as lemon verbena, lavender, chocolate mint, chamomile, sweet woodruff and coriander. Eventually there will be citrus and evergreen trees too.

During the meeting, Sherman also suggested forgoing pouring water unless guests ask for it. "For every glass of water you serve it takes a gallon to wash it," Sherman explains. That's why California bars and restaurants were fined for doing it during the drought. Brown seems open to it, though he says there's the practical concern of how guests will perceive it. "If we can couch it in a way that helps them understand what we're trying to do, it could work."

Providing the best possible experience for customers is at the other end side of the tug-o-war match. Brown says caring for the environment is definitely on the list of things he wants to tackle as a bar owner, but they're not yet six months old. "On that list is caring for the environment -- it's even in the top 20 -- but we haven't gotten down past six, so we'll get there."

One of the things that could speed things up is a new wave of environmentally and socially conscience cocktail consumers. "Some people lead on restaurant front, some people lead on the consumer front, and where we meet is where we can make a difference," Brown says. "When our consumers care more about it, our hand is forced."

Fortunately, bars and restaurants have always been thought leaders in communities. "Restaurants have been at the progressive end of a lot of things, and that's because it's an industry of very bright people," Brown says. "Especially in D.C., you'll find there's no more caring community."

Sherman chimes in, "Everyone's got his or her favorite watering hole, and it can be a place to learn too."