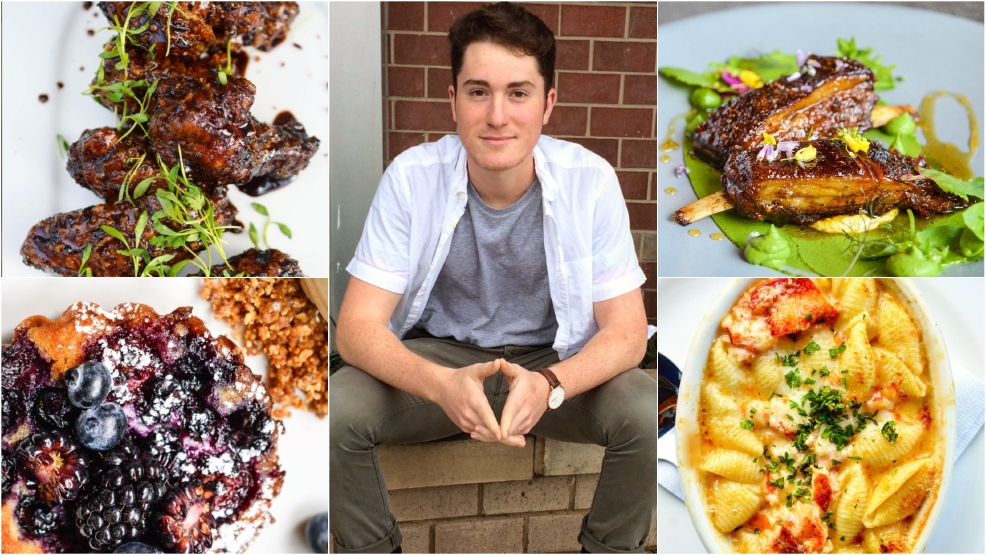 (Center image by Lucy Walker, all others by William Goldberg)
SEE MORE

When most of us were 16, we were downing fries at the closest burger joint on weekends.

William Goldberg is not most 16-year-olds.

The sophomore at Georgetown Day School is better known online as The Tuff Truffle, a food Instagrammer whose vibrant and beautifully styled pics of D.C.’s best meals have earned him more than 10,300 followers and counting.

William started The Tuff Truffle about three years ago, after he posted some photos of his meals on his personal Instagram. Like typical teenagers, his friends “roasted” him for it so he started posting food pics on a different account - @thetufftruffle. Initially, William posted photos of meals he paid for with babysitting money. Now that he’s amassed a following, he’s invited to try out restaurants about once a week.

William isn’t a food critic - he’d rather keep his Instagram presence light and positive - but he does know a good meal when he eats one. “I don’t have my finger on the pulse of fine dining in D.C.,” William said in an after-school interview. “I still read a lot (of food reviews).”

If he had to pick a last meal, William would go for Barrel on Capitol Hill. “I can’t even begin to describe their brunch,” he said, adding that he’d order the tagliatelle alla carbonara (which includes a poached egg and bacon), fried chicken and biscuits and top off the meal with a waffle covered in ginger cream and berries.

Despite his access to some of the best food D.C. has to offer, William’s tastes aren’t confined to fine dining. He’s a huge fan of Cava’s grilled beef meatballs and, even though he can’t drink, he thinks bar food is underrated. “I love a restaurant like Takoda in Shaw and Service Bar - you can chill out and have good wings and fried chicken.”

Although William is definitely one of the elites of D.C’s so-called ‘foodstagram’ community, he has his eye on college and doesn’t plan on making a career out of his online presence. He doesn't count himself as much of a chef personally, but he’s considering going into the business end of the restaurant industry or photography.

Before he graduates though, William has a few projects he’d like to tackle. This summer, he’s working on producing a web series on D.C. restaurants with a few of his friends - “like a low-budget Food Network,” he explained. His meal wishlist is just as eclectic as his Instagram feed - he’s hoping to try poke, Tiger Fork and Rose’s Luxury. “I’m trying to get in for free,” he said, laughing, “but I don't know how to do that.”