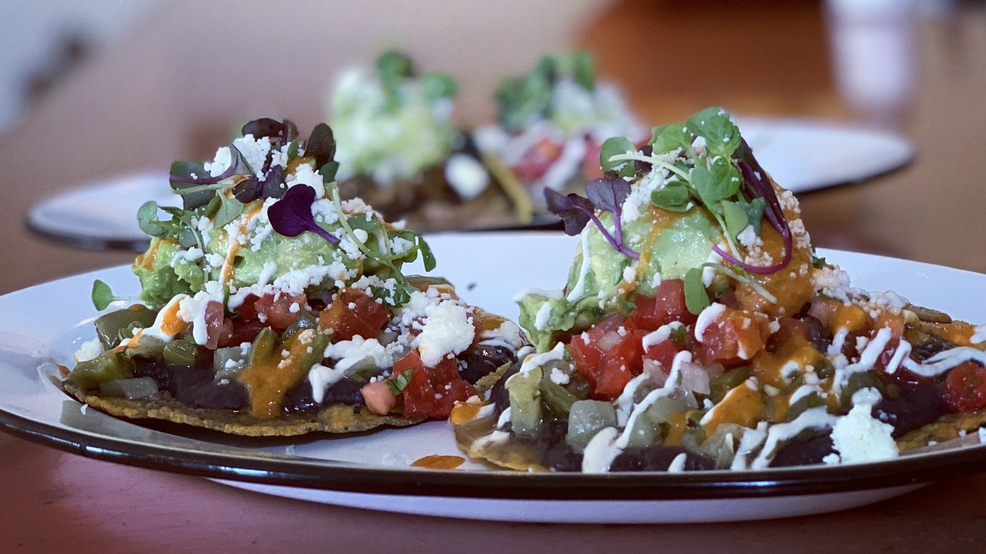 When he was 16 years old, Perez was convinced to go to San Francisco by a brother who managed a restaurant at the time. The teen started working as a busser and doing some prep. (Image: Courtesy Cielo Rojo)
SEE MORE

North of the Border: 3 Mexican chefs showcase the foods of their homeland

For years, the dearth of quality Mexican restaurants offering authentic cuisine in the D.C. area was a longstanding gripe among diners (and food writers). But recently, a number of eateries have opened to celebrate the culinary traditions thriving just south of our border. Better still, their kitchens are helmed by Mexican-born chefs who are focused on representing their homeland’s cuisine in a way that authentically speaks to their upbringing and experiences.

When he was three years old, Méndez's parents opened a restaurant next door to their home in Oaxaca. Over the years, the Las Quince Letras (The Fifteen Letters) became one of the most important restaurants in the region, in large part due to his mother, Celia Florián, whose traditionally minded cuisine earned her the nickname La Madre de Mole (The Mother of Mole). Méndez has warm memories of her cooking for the family. Sometimes he would come into the kitchen to find her stirring a pot full of grasshoppers or carefully folding corn husks around masa to craft tamales.

He didn’t begin working in the family business until he was a teenager, putting in an hour or two a day to help out wherever he could. When he was 15-years-old, he started pulling full shifts on weekends and holidays. By the time he graduated high school, his mind was made up: he was going to the Culinary Institute of Mexico in Puebla.

“When I told my mother, she told me to think twice,” says Méndez.

While obtaining his degree, he apprenticed at the highly-rated Intro in Puebla, under chef Angel Vazquez. With his diploma in hand, he traveled to work in a number of Michelin starred restaurants including Noma Mexico, the now-closed Can Fabes in Barcelona, and Arzak in San Sebastián, Spain.

“I didn’t want to go back to Oaxaca and be in my mother’s shadow,” he says. “I wanted my own career.”

In 2016, the rising star chef opened Pasillo de Humo in Mexico City, earning him rave reviews. Now the 29-year-old chef is hoping to introduce American diners to the traditions that he grew up loving.

“Making Mexican food isn’t just a business for me,” he says. “It’s about sharing my culture.”

As a child, Vázquez Lugo’s mother, María Elena Lugo Zermeño, always found time to cook for the family. In the winter, there would be a flurry of cakes, cookies, and breads. Come spring, the freezer would be full of paletas heladas, popsicles studded with fresh fruits. And during summer, which is the rainy season in Mexico City, she would work with a prismatic array of produce – corn, pumpkins, green beans, and zucchini squash – to create comforting fare to combat the dreary days. These efforts were even more impressive given that she and her husband, Raymundo Vázquez, who passed away in 2015, were running Nicos, a fonda típica (neighborhood café) that is now over six decades old.

Though Vázquez Lugo enjoyed cooking with his mother, he didn’t have any interest in joining the family business – or so he thought. But after studying to be an architect and working in that field, he found himself drawn back to the kitchen. He obtained a degree at the Institute of Culinary Culture and was named the executive chef of Nicos in 1997. He and his mother work side by side to preserve traditional Mexican cuisine and techniques, while embracing and promoting the philosophies of the Slow Food movement. Their efforts have earned them a slew of awards, including a coveted slot on Latin America’s 50 Best Restaurants list since 2015.

Helming a restaurant in America presented a new challenge for the 50-year-old chef. The toughest part? Finding fresh herbs like those he can source at home.

“The most important part of Mexican cuisine is aroma, which comes from cilantro, epazote, oregano, and avocado leaves,” says the chef, who may start growing some of the plants in a rooftop garden above the restaurant.

Perez’s father passed away when he was just one, leaving his mother to singlehandedly care for him and his nine siblings. Despite having to work seemingly endless hours to provide for the family, she still always made time to cook, too. He can remember meals of chiles rellenos (stuffed poblano peppers) washed down with limonada or agua fresca (light fruit drinks), and arroz con leche (rice pudding) for dessert.

As he was growing up in Mexico City, he watched his older brothers move to the States for work, so they could start sending money home to their mother. When he was 16 years old, Perez was convinced to go to San Francisco by a brother who managed a restaurant at the time. The teen started working as a busser and doing some prep.

“I wasn’t interested in the cooking side of things though,” he says. “I liked that I was making money and independent.

Eventually, he admitted he had a passion for kitchen life. This proclivity is more than apparent at his vibrant debut in Takoma Park, which he operates with his wife, the eatery’s director of operations, Carolina McCandless. The menu is inspired by the sweep of his homeland – from Oaxacan moles to cochinita pibil, a rich pork dish in achiote broth with roots in the Yucatan.

“It’s more of the memories that I have of my family than the food of one place,” says the 40-year-old chef. “And it’s about showing off the richness of Mexican cuisine. It’s not just burritos and fajitas.”