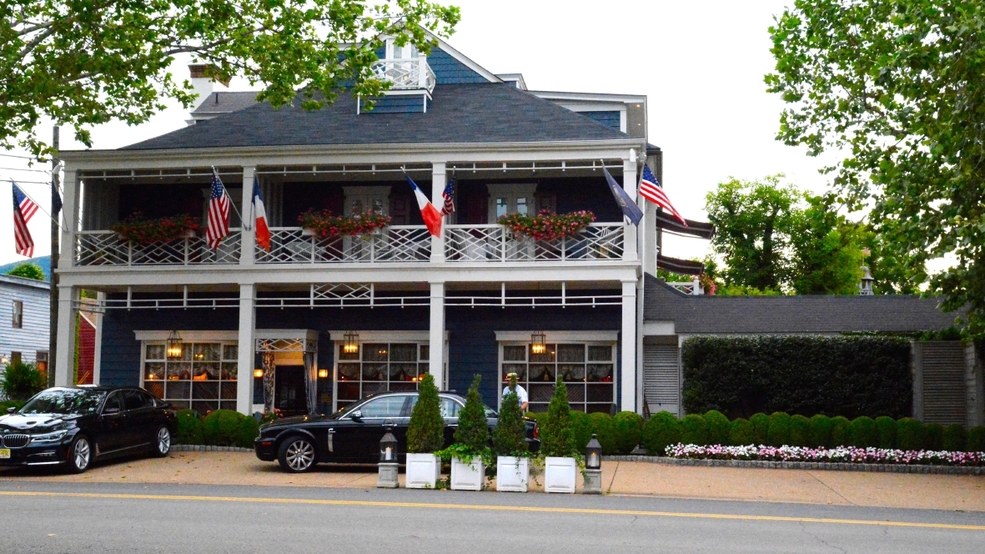 "In our industry, it’s like winning an Olympic gold medal, a Nobel prize and the lottery all in one," said Chef O'Connell. (Image: Laura Hayes)
SEE MORE

Forget little black dresses, today is all about a little red book that is also known to stir up some drama. Last week we discussed the 39 restaurants recognized on Michelin's Bib Gourmand list, but today we are talking stars! And to mark the third D.C. Michelin Guide release, we finally have a three-star restaurant to brag about.

After 40 years in service, The Inn at Little Washington was awarded the coveted three-star Michelin ranking, and to say that Chef Patrick O'Connell is excited might be a bit of an understatement...

"Receiving three stars from the Michelin Guide during the celebration of our 40th anniversary is the best birthday present anyone could get," said Chef O'Connell in a press release."In our industry, it’s like winning an Olympic gold medal, a Nobel prize and the lottery all in one."

While no restaurants had their stars taken away, two more restaurants joined the elite star club: Ryan Ratino's Bresca and Robert Wiedmaier's Siren. 2017 also saw two restaurants added to the list, and D.C. now has a total of 16 starred restaurants, in addition to the 39 honored with a Bib Gourmand designation.

“Every starred restaurant recognized last year has maintained exceptional quality and steadiness," said Michael Ellis, international director of the Michelin Guide, in a press release. "Notably this year, our inspectors found the kitchens of chefs Patrick O’Connell (The Inn at Little Washington), Ryan Ratino (Bresca), Robert Wiedmaier and Brian McBride (Siren by RW) to demonstrate fine attention to detail and serve high-quality, top-notch cuisine. This is a wonderful distinction for The Inn at Little Washington, which celebrated its 40th anniversary earlier this year. Over several visits, our inspectors were most impressed by the balance of creative, chef-driven cuisine and impeccable technique from chef O’Connell.”

The inspectors were also impressed that "Ratino’s clever use of ingredients and fine technique never get in the way of approachability and flavor" and that Siren by RW "sources impeccable seafood and prepares it with surprising finesse."

Between the starred restaurants, the Bib Gourmand list and the 70 restaurants marked with a plate symbol ("a designation given to restaurants that inspectors recommend to travelers and locals for a good meal with fresh ingredients and capable preparation," according to Michelin), more than 36 cuisines are represented in the 2019 guide.

The 2019 guide will be officially released Monday, September 17 at major book sellers for a suggested retail price of $12.95