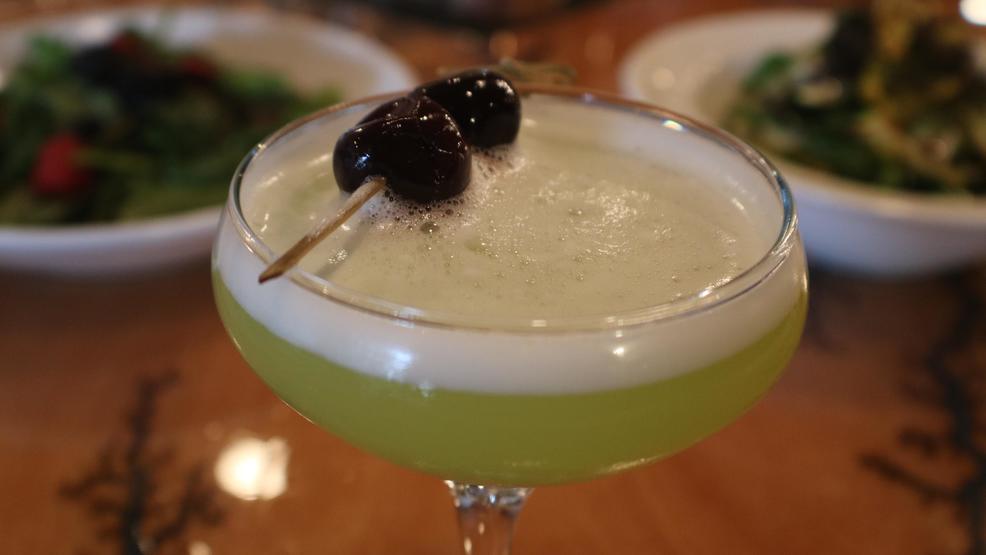 As Memorial Day approaches, Alexandria's Light Horse Restaurant has rolled out a refreshing way to give back to those who have served. Each Wednesday night, the King Street spot pays tribute to the five branches of the military with cocktails inspired by their unique stories.

A dollar from each of these "Joint Chiefs" drinks sold supports Tragedy Assistance Program for Survivors (TAPS), a non-profit organization that works with those grieving the loss of a member of the armed services. The restaurant has deep ties to the charity: owner John Jarecki is himself a survivor, and his business partner Kevin Penn is a retired Marine who was named TAPS Mentor of the Year for 2019.

Penn based his cocktails ($13 each) on the history and tradition of each service branch. Given his own military background, he naturally started with The Gineral, a U.S. Marine Corps drink with elderflower, house sour and lavender bitters.

"In some folklore, elderflower is thought to ward off evil, pretty much the driving function of the USMC," Jarecki explains.

The Navy is represented by black strap rum and ginger liqueur – a riff on a Dark 'N Stormy – while the Army's drink is named for cavalry officer Harry Lee and made in part with green Midori melon liqueur. For the Air Force, try the Phantom Warsaw, a bourbon tribute to the F-4 Phantom fighter jet and the call sign of Jarecki's father. For something straightforward, knock back the D.A.M., a beer and whiskey combo poured with Barne Knuckle rye, a whiskey made in Manassas by two former sailors.

From the names to the ingredients themselves, the cocktails are a natural way for the bar to both spread awareness of and give back to those who have sacrificed so much. Guests who purchase them all can commemorate the achievement with a specially designed Light Horse challenge coin.

"Active duty and veterans are extremely appreciative of our efforts, and they instantly get what we are trying to do," Jarecki says. "We've even gained a few Mentors for TAPS which is a huge help to us."

In addition to the cocktails, customers with a military ID will receive 15 percent off their entire bill. The restaurant says the reception has been warm so far, even if the subject matter can cause some nostalgia, both good and bad.

"There are some heavy messages if you look deep enough, but ultimately this is just a fun promotion that has great benefits for everyone," Jarecki says.