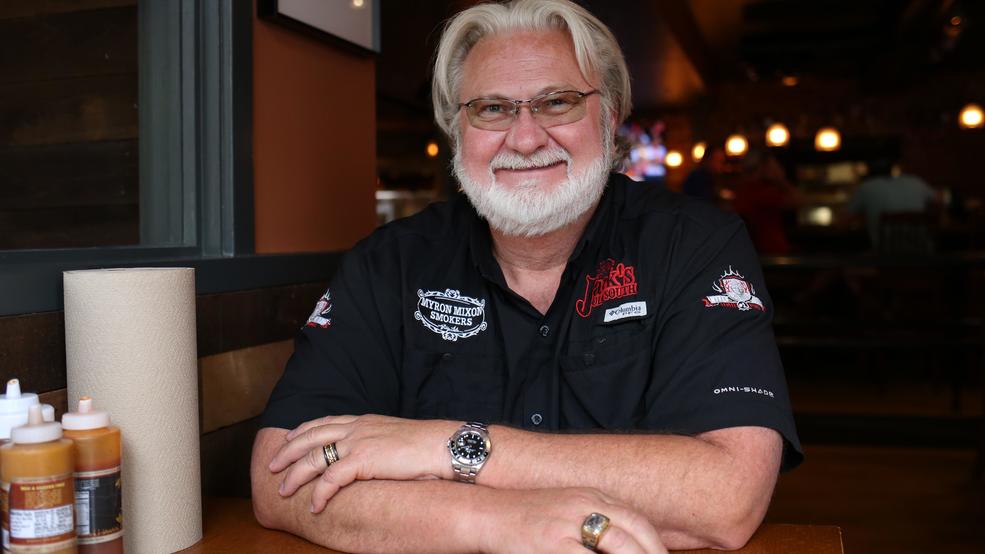 Myron Mixon is a man of many trades; He is the mayor of his hometown in Georgia, writer of three best-selling cookbooks, television host, restaurant owner, and the winningest man in barbeque. And now this multitalented man has brought his delicious barbeque dishes to the streets of Old Town, Alexandria at Myron Mixon's Pitmaster Barbeque and if you haven't tried it yet, you've got to go! Think deviled eggs with pork, baby back mac n' cheese, cupcake cornbread, and baby back ribs that don't fall off the bone, because according to Mixon, ribs should have a slight pull to them.

Mixon's restaurant is the only restaurant in the country that is owned by a world barbeque champion (Mixon) and a certified barbeque judge (Joe Corey, co-owner of Myron Mixon's Pitmaster Barbeque). "That equals perfection," says Mixon. "No other two people can tell you what good barbeque is. One, I know how to cook it, and two, Joe knows how to tell me if it's on or not."

Myron says the feedback from your judge is the only way you know if you need to go home and tweak your recipes. "I've been down that road so many times that my recipes are there, but it's because of judges like Joe that's got me there. It's the perfect combination for me and Joe to be doing this restaurant together," added Mixon.

But Mixon's love for barbeque came way before he opened a restaurant with Corey. Mixon says his love of barbeque came from helping his dad at his take-out restaurant in Georgia. "I started helping my dad at the age of 9 and all I did for him was just go fetch, fired the pits at his discretion, and learned." From there it all progressed. "I worked my way all the way up to competing in 1996 and I took what I learned from him, developed more of a competition barbeque type flavor profile and eventually became the winningest man in barbeque."

Mixon has won over 200 grand championships and has over 1,800 trophies total (He has to store his trophies in a warehouse!) He says the barbeque lifestyle has led to a lot of things, not just trophies. His hard work in the barbeque industry has brought him great success with his restaurant's, best selling books, cooking schools, his own line of sauces and rubs, and tv shows to name a few things. "Anytime you love what you're doing, it's really not work," added Mixon.

When talking about the menu offerings at his restaurant that opened in Old Town in January 2017, Mixon says he loves the baby back mac n' cheese and the burnt ends (which are a hot item at the restaurant and not always available), but his favorite item is by far the baby back ribs. He says you can't find ribs as good as the ones at Myron Mixon's Pitmaster.

And when the bbq champ isn't behind the grill he loves fried chicken. "I could eat eight pieces of fried chicken right now before you say 'don't do it,'" laughed Mixon. "Whenever I travel, if I get the opportunity, I try to go ask the locals where their favorite fried chicken place is and I sample it to see how it is."

Mixon left us with one tip for all the barbeque lovers out there: Always use a meat thermometer, especially when you cook a poultry.

And as the Mayor of Unadilla, Ga., Mixon has one tip for congress: There's nothing that can't be solved over a little barbeque.