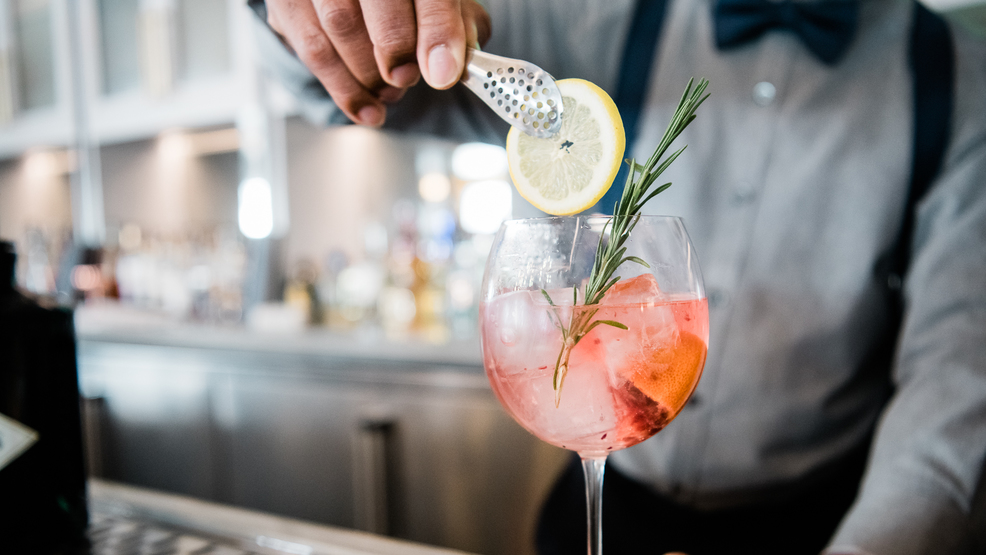 Rome’s Jewish Quarter and New York’s Lower East Side meet on the new brunch menu at Casolare (2505 Wisconsin Ave. NW). Highlights include the house-made bagels from Executive Pastry Chef Alex Levin, which are served toasted with smoked salmon or whitefish salad. Guests can also dig in to crispy potato pancakes with applesauce and sour cream and a Roman-style pizza with zucchini, potato, onion and Pecorino cheese.

Donburi rice bowls and Peruvian sandwiches are focal points of an expanded lunch menu at China Chilcano (418 7th St. NW). The dishes are in keeping with the restaurant's Peruvian and Chinese influences. Choices include rice bowls filled with tuna, wild shirmp, or mushrooms and sandwiches stuffed with proteins like fried pork belly and rotisserie chicken. Prices range from $10 to $13.

Southern brunch has arrived at the Crimson Whiskey Bar (627 H St. NW), beneath the POD DC hotel. Chase away the hunger (and maybe the hangover) with plates of chicken and waffles, a hot ham and swiss po'boy, or Bayou Benedict made with cornmeal fried oysters. Mimosas or Bloody Marys are $9 each and share the menu with other creations, such as the Wired Friar ($12), with vanilla vodka, Benedictine, coffee brandy and walnut bitters.

Chef José Andrés has launched this new fast-casual concept inside his rotating ThinkFoodLab research kitchen. Butterfly features a menu of tacos, tortas and other Mexican eats. Tacos come three for $10 each are filled with tons of quality ingredients like chicken thigh, trumpet mushrooms and Yucatan-style barbecued pork. Both the mole fries and chips and guacamole are tasty accompaniments. Butterfly also sells Oaxacan chocolate cookies baked by local nonprofit Dog Tag Bakery in Georgetown.

D.C.'s newest French bistro is located inside the Sofitel at Lafayette square. The menu takes inspiration from Parisian bistro staples like duck a l'orange, boudin blanc and towers of fresh seafood. Beverages include a selection of spritzes, cocktails by the carafe and twists on classics. Try the French Apertif, which blends Hendrick's gin, Lillet Blanc, St. Germain and lemon zest. Opaline is open for breakfast, lunch and dinner. An outdoor patio is expected to open in time for summer.

The second area location of this New York City American restaurant is now open on U Street. Guests can expect dishes to differ from the city's Penn Quarter location, including brunch seven days a week. Other menu additions include pastas and square pizzas made in-house. The bar offers local craft spirits and beers along with 20 wines by the glass. Fans of frozen drinks can order up a French 75 slushie.

Another one bites the dust as Logan Circle's The Bird loses its third chef in 18 months. Chef Ryan Hackney, who joined the team in late November 2017, will be joining Alex McCoy's team at Lucky Buns. The Bird was Hackney's first executive chef role, and he had previously had roles at 701, Bibiana, Macon Bistro & Larder, Charlie Palmer, Nonna's Kitchen, Marcel's and Iron Gate. According to Eater DC, Hackney cites "creative differences" as his reason for leaving. "I can’t be managed by a front-of-house, not chef, oriented group,” Hackney says. “Now I’m doing something way more in my zone.”