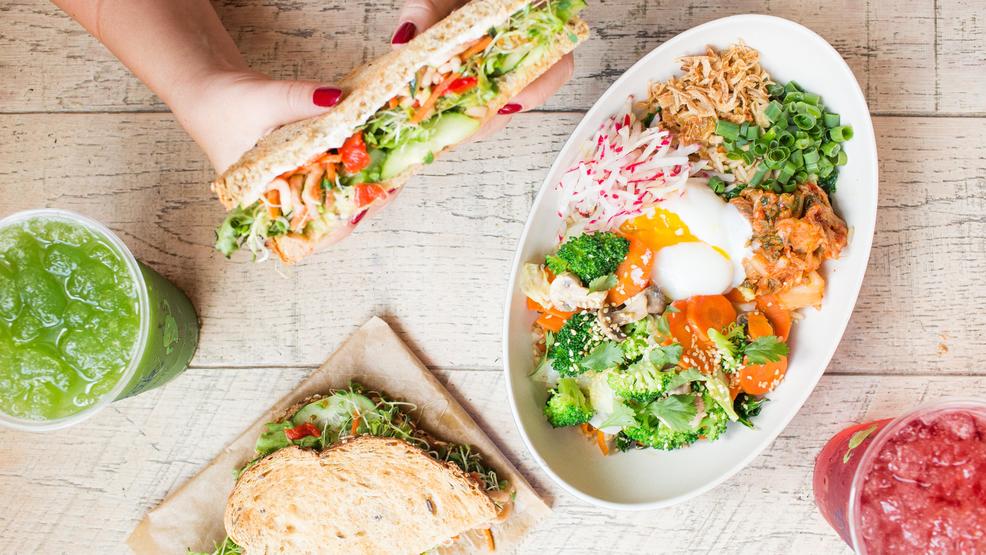 There's double the star power at Estuary, the new concept from brothers and acclaimed chefs Bryan and Michael Voltaggio. The "Top Chef" stars have paired up inside the Conrad hotel on a farm-to-table menu highlighting the Chesapeake Bay region. Diners are promised "seafood re-imagined" in everything from crab Rangoon to Atlantic cod.

This cocktail bar from the Colony Club team shares an address (and ownership) with Sonny's Pizza. Settle in with one an original cocktail – try its riff on a negroni or go for the El Bambino, with mezcal, smoky rhubarb amaro and 10-year port. There's also a selection of both craft and low-key beers as well as lots of wines. A back patio opens allows guests to drink as well as order up pizzas and food from next door.

New York-style slices and Italian sandwiches are the draw of Park View's new family-friendly eatery. Guests can eat in or take out whole pies as well, in addition to garlic knots, meatballs and other classic pizzeria snacks. An outdoor pizza garden is on the way once the weather warms.

Chevy Chase is on a sugar rush after the opening Sugar Fox, a spinoff of neighborhood cafe Little Red Fox. Seasonal varieties of the homemade ice cream include peach pie, lemon sorbet and a pie dough crumble. Enjoy a cup, cone or milkshake, or pair it with one of the bakeries custom cupcakes.

Mexico comes to Clarendon with these dual openings, overseen by chef Gerardo Vazquez Lugo of Nicos restaurant in Mexico City. The first-floor diner highlights street food dishes such as tacos, tortas and pastries. Upstairs, Buena Vida is focusing on more indigenous, traditional cuisine in everything from shrimp aguachile to Guerrero-style grilled fish in a hearty duck in a red pumpkin seed sauce.

New on the menu

José Andrés' fast-casual Beefsteak (multiple locations) has rolled out a new sandwich and bowl options to help power healthy spring eating. The Rice Rice Baby bowl is filled with ingredients including vegetable rice, steamed vegetables, a poached egg, kimchi and crunchy shallots. And the G.O.A.T. sandwich has nothing to do with sports and everything to do with multigrain bread, goat cheese, avocados, cucumbers, lemon honey dressing and more.

Jarrad Silver is the new face in the kitchen of Logan Circle mainstays Birch and Barley and Chuchkey. The incoming executive chef previously worked as chef de cuisine at Kapnos Taverna, Pepita and Yona. His menu continues the restaurant's modern-American model while introducing a few more international influences. Diners can expect to find braised lamb shank with Moroccan couscous alongside fricassee of wild mushrooms, spinach and roasted garlic. The emphasis on the restaurant's popular tasting flights will continue.