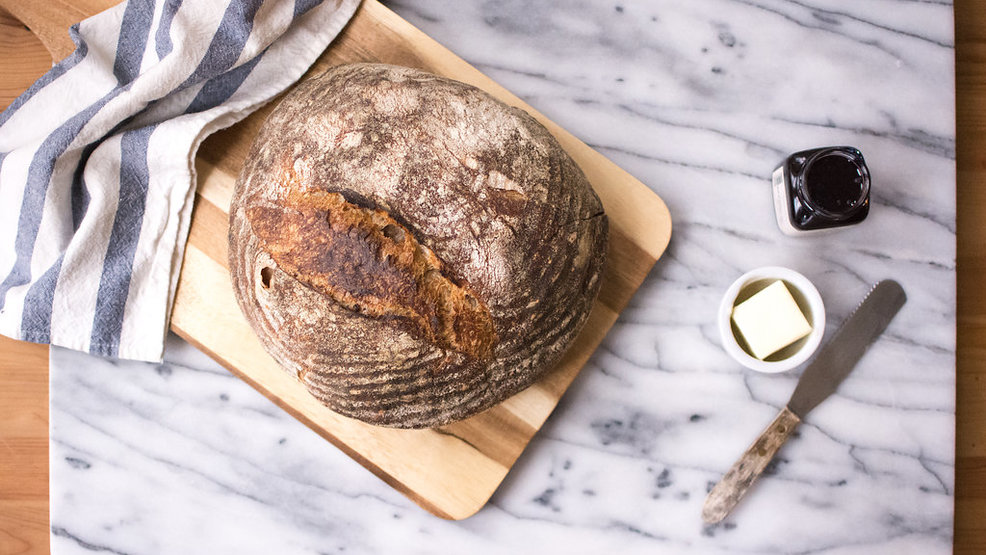 The newest bar from cocktail expert David Strauss (The Sheppard, Le Diplomate) offers craft cocktails in a cheerful atmosphere. Drinks are priced at $12 each and will rotate monthly. In addition, the knowledgeable staff here is more than happy to mix up something off-menu to suit guests’ tastes. The inviting and airy decor features a large bar washed in shades of baby blue, wicker chairs, bright lights, and cozy nooks for sipping and chatting.

Make a visit to Bloomingdale and dig in to chef Peter Prime’s Trinidadian-inspired barbecue and drinks. He pulls no punches with his spicy jerk chicken wings and his flaky, whole crispy red snapper. Meat lovers can order up plates of tri-tip Wagyu beef with black butter or chipotle and maple grilled oxtail. Pair it all with a cocktail, a dram of rum or a local beer on draft.

The baked goods from husband and wife team Tom Wellings and Camila Arango are finally getting a permanent home. Pluma by Bluebird Bakery is now open inside The Edison apartment complex in the Union Market neighborhood. The café comes after a stint at Prequel restaurant incubator downtown. It’ll serve a menu of sweet and savory breakfast pastries along with sandwiches, tartines and Roman-style pizzas. There will be Stumptown coffee and a selection of beer and wine as well.

Spike Gjerde is now serving customers at his highly-anticipated restaurant at Adams Morgan’s Line Hotel. The James Beard Award-winning chef is showcasing ingredients sourced from local farmers and purveyors. The kitchen features a wood-burning hearth, and meats like rabbit and duck will be cooked over the open flame. A grand opening is planned for February 12, though it’s open now to hotel guests and their friends and family.

The Hilton Brothers are at it again, this time with a 1920s-themed tavern across the street from the 9:30 Club. The hope is it’ll become a place for the neighborhood to gather over shared plates inspired by early American and Old World European cooking. The kitchen is helmed by Chef Brendan L’Etoile of Chez Billy Sud. Stop by for dinner or a pre-prohibition cocktail creation.

This small Shaw restaurant packed it up at the end of January after nearly two years of fresh seafood. Fans can head to Fishnet in College Park, which has the same ownership.

Thally opened in 2013 as one of the early players in the Shaw restaurant boom. It shut its doors in early February after a long run of modern American cooking with a neighborhood vibe.

Guests mourning the loss of the tasty pizza at this Italian restaurant don’t have to go far to get their fix. The national chain has another location in Rosslyn (1550 Wilson Blvd).

The modern Jewish-inspired deli and diner will serve its last meal on February 11. The owners plan to pivot and focus on their Little Sesame fast-casual concept.

New on the Menu:

Cuban eatery Colada Shop (1405 T St. NW) has rolled out a handful of new menu items to its selection of sweet and savory snacks and drinks. Among the additions are the Elena Ruth sandwich (roasted turkey, cream cheese, and strawberry jam); the avocado tostada with pickled onions; and the Cuban protein salad. Colada Shop now has smoothies, too, along with a couple of new cocktails. Try a Coki Beach, a twist on a classic daiquiri with Bacardi 8, allspice dram, toasted coconut syrup and lime.