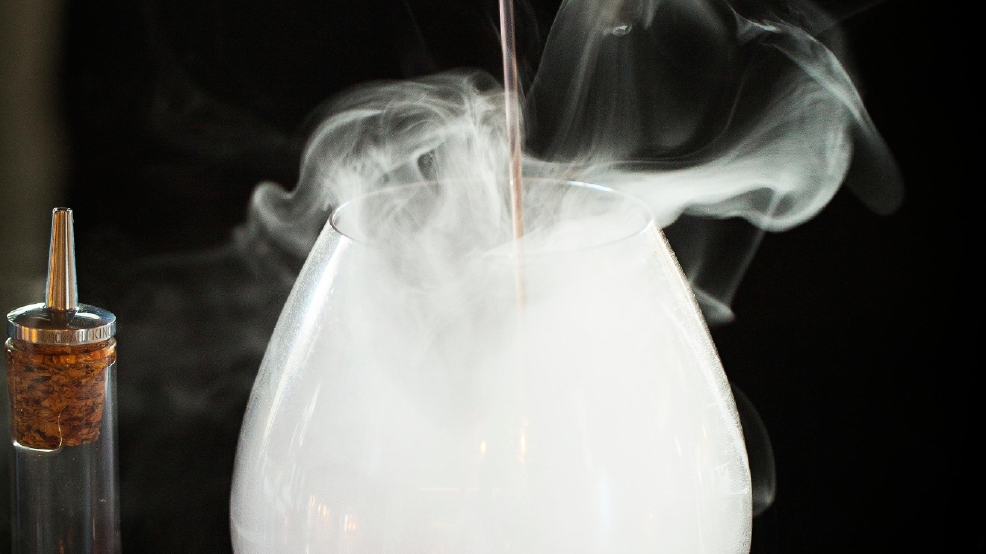 Some of the best things about summer require fire: roasted marshmallows for s'mores, bonfires on the beach, and grilled burgers for backyard barbecues. These drinks around town are inspired by the lick of a flame but don't require any smelly lighter fluid or pesky charcoal briquettes. Follow the trail from the smoker to the glass--and don't worry, a little dose of carcinogen won't kill ya.

Fire inspires the cocktail list at this new 19th Street spot, as bartenders wield blowtorches and infuse spirits and syrups. The Blimey ($12) mixes Appleton Estate Jamaican Rum with falernum, lime, and honey, served in a glass that collects a whiff of smoke from being set upside-down on a torched rum stave. "Smoking a glass is a lesson in subtlety," says bar consultant Chad Spangler. "The idea is to use smoke as more of a seasoning than an ingredient all its own."

Succulent smoked BBQ pork cheeks on the menu at this charming restaurant in Clifton coaxed co-owner and mixologist Stefan Trummer to create a potable pairing. For the Smoked Manhattan ($14), he mixes Bulleit Bourbon with Dolin Sweet Vermouth, smokes it for thirty seconds with applewood chips, and adds a few dashes of Angostura Bitters. Smoke eeks out the sweet Bourbon flavor. "It gives the drink not just another layer of flavor but also adds a little show for the guests."

Chef Victor Albisu chars, grills, smolders or smokes everything on the menu at the elegant Latin American restaurant in Penn Quarter--even the salt. The Gin Joint ($12) mixes Edinburgh Gin with lime juice, mint, smoked simple syrup and juice extracted from grilled grapefruit. "We pulled inspiration from the classic combination of gin, grapefruit, and lime," explains bar manager Amin Seddiq. "Riffing on tradition with the presence of smoke and char."

Think of Fumo di Uva ($14) as a contemporary throwback of the Sazerac, says head bartender Julien-Pierre Bourgon. Lemon-, star anise- and fennel-infused glycerin smoke (akin to the homemade e-cigarette juice Bourgon has seen his friends make) stands in for the traditional absinthe rinse. The drink stirs Pierre Ferrand 1849 Cognac with Don Ciccio Fennel Liqueur, and the aromatic tipple looks--but doesn't taste--smoky. "Let's be honest, [it's] a much more badass version of the drink."

You know that irresistible smell of cinnamon, vanilla and maple syrup on lazy weekend mornings? It's captured in the glass at Robert Wiedmaier's Bethesda outpost with the Sunday Mornings ($12.) Bulleit Bourbon is infused with smoked applewood bacon and mixed with smoked maple syrup and a cinnamon and vanilla tincture, served in a smoked glass over ice. "The aroma of the cocktail spreads throughout the restaurant," says general manager Brett Carnahan. "And well..hell, who doesn't love bacon?"

Kelly Magyarics, DWS, is a wine, spirits and lifestyle writer, and wine educator. She can be reached through her website, www.kellymagyarics.com, or on Twitter and Instagram @kmagyarics.