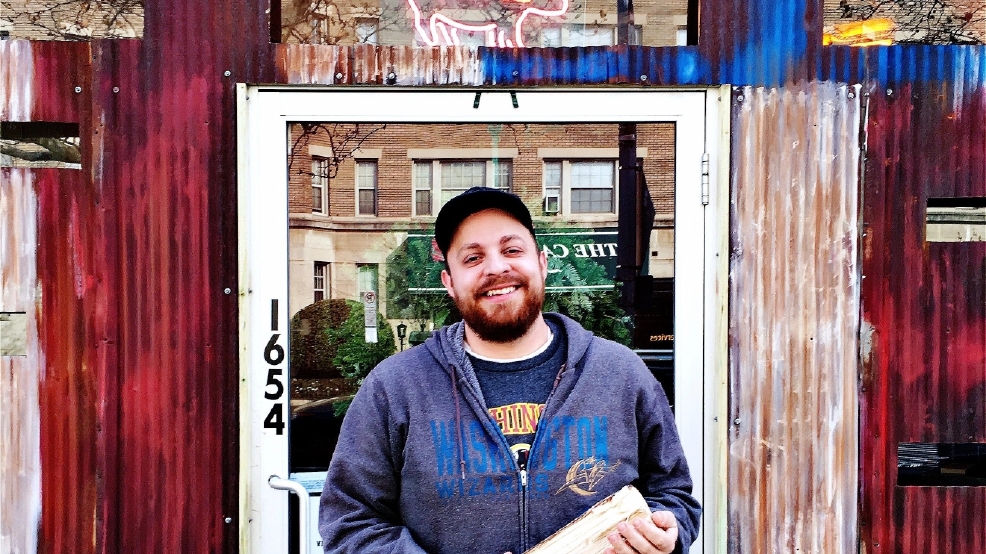 Diners who had the chance to eat Rob Sonderman’s barbeque while he was the pitmaster at DCity Smokehouse were lucky. (Nevin Martell)
SEE MORE

The return of D.C.&rsquo;s greatest pitmaster

Diners who had the chance to eat Rob Sonderman’s barbeque while he was the pitmaster at DCity Smokehouse were lucky. He turned the tiny, fuss-and-frills-free spot in Bloomingdale into a destination-worthy barbeque joint, which often boasted a line out the door and down the block, and earned innumerable accolades from the press, including several awards for the best BBQ in the DMV.

So brisket buffs and pulled pork fanatics were understandably distraught when Sonderman went rogue at the beginning of 2016, left the restaurant he made famous, and essentially disappeared. Word trickled out he was helping revamp the menu at Kramerbooks & Afterwords Café. He taught a few cooking classes. Every once in a while, he would be spotted helping a chef friend out. But mostly he was out of the kitchen, which was difficult for him. “It got to be a drain on my soul not cooking barbeque,” he says. “I don’t do it for the money at all. I do it because I love doing it and I love seeing the looks on peoples’ faces. There are much easier ways to make money.”

Turns out, he was working on a new project with a new business partner, Steve Salis, founder of &pizza. Sonderman was attracted to the entrepreneur’s proven track record and business acumen. “There’s definitely a difference between a dream and a plan, and he’s got a plan,” says Sonderman. “He felt like a good person to take me to the next level. Not only in the food I can make – and pushing me to create interesting new stuff – but helping me learn more about the other side of the business, which is the operations and financial side.”

At the end of October, the pair took over the 1,100 square foot space formerly occupied by Döner Bistro on Columbia Road in Adams Morgan. They added some kitchen equipment; graffitist Kelly Towles painted a mural of a pig, and they installed a church pew and a few tables in to accommodate approximately 30 diners. A little more than a month later, at the beginning of December, Federalist Pig opened with Sonderman as both pitmaster and co-owner.

The biggest challenge for Sonderman was to not simply repeat his recipes from DCity Smokehouse. “I wanted to make a menu that plays to my strengths, but also challenges the palate of the neighborhood a little bit more,” he says.

Over the years, he has traveled around America, getting his hand's sticky sampling smoked meats in the Carolinas, Atlanta, Austin, Dallas, St. Louis, Chicago, and elsewhere. He distilled those experiences to create his latest menu, which features brisket, pork shoulder, smoked turkey, pork belly, and more. Consider it an edible roadmap to the greatest barbecue in the U.S. of A. Just don’t ask him to tell you which region most influenced what he does. “There’s good barbeque and there’s bad barbeque,” he says. “Those are the only two styles in my mind. So as long as we can stay on the side of the good, I’m happy.”

To accompany the platters and sandwiches, there are vegetarian sides – from mac ‘n’ cheese and potato salad to a rotating seasonal slaw and green beans perked up with chipotle and garlic. House-made barbeque sauces include a classic tomato-centric mild-medium varietal, vinegar-based Carolina style, Georgia minded sweet mustard, and hot sauce with charred pineapple and roasted habanero peppers.

The ‘que joint aims to add local craft beers, wine, and pre-batched cocktails early in the new year. When the weather gets warm, the patio out front will open, nearly doubling the seating capacity. Sonderman is working to expand the vegetarian mains by playing around jackfruit and breadfruit, but currently, he can’t find a consistent supplier. He is experimenting with a variety of non-traditional woods in his smoker, including persimmon – “It’s got a pretty fruit-forward, sweet aroma to it,” he says – and honey locust, which Sonderman likens to oak, only slightly sweeter and milder.

No matter what he’s firing up, barbeque fans are happy to have Sonderman back on the scene. During Federalist Pig’s opening weekend, they sold out of food long before they expected, forcing them to close early every night.