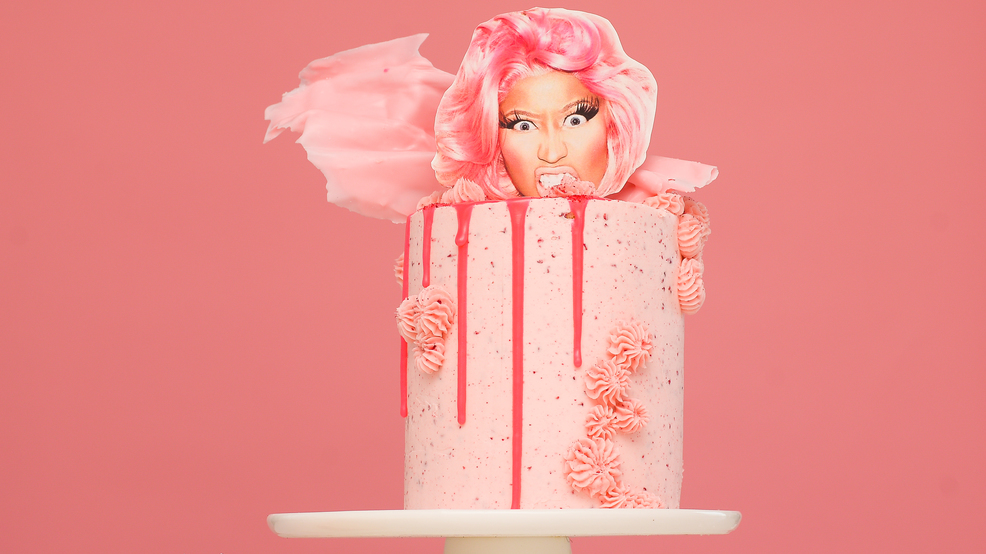 An all-pink stunner boasts frosting florets, icing spilling down the side and is crowned with a cutout of Nicki Minaj’s snarling head. (Image: Courtesy Killa Cakes)
SEE MORE

These fantastical cakes will blow your mind and your taste buds

You can’t scroll past a Killa Cakes creation on Instagram without pausing to hit the heart, drop a comment, or utter to yourself, “That’s freakin’ amazeballs.”

Baker-owner Bria Bryant of Herndon crafts towering cakes rich with color and textures that practically jut out of your screen. An all-pink stunner boasts frosting florets, icing spilling down the side and is crowned with a cutout of Nicki Minaj’s snarling head. The Unicorn Vomit is as over the top as you might imagine with shards of pink chocolate, green icing drizzles and lots of decorative frosting. Yet another features brush strokes of primary colors and a Rubik’s Cube mounted on the top.

It’s not surprising to learn that the 24-year-old Bryant has a BFA in graphic design from George Mason. However, it is surprising that she is a self-taught baker who made her first cake just two years ago for her younger brother’s birthday. Her education wasn’t a pain-free process. “I almost blew up our kitchen,” she says, “because I didn’t understand that baking is a science, unlike cooking, where you can throw some things together and call it a day.”

Friends and family members began putting in their own requests and her passion slowly snowballed into a business, which launched in October of last year.

Her cakes’ flavors are as unexpected as her presentations. Some of Bryant’s multicultural roots are in Asia, so she likes highlighting ingredients from that part of the world, such as matcha, black sesame, and taro. Other cakes are enriched with junk food faves – potato chips, pretzels and Fruity Pebbles cereal. “I wanted to push people beyond their limits,” she says.

She partially attributes the brashness and brazenness of her works to her battle with leukemia when she was in college. “Everything is so short lived, so don’t dwell on what people might think,” says Bryant, who has been in remission for nearly four years. “If you put yourself out there, someone is going to like it.”

Aside from cakes, Bryant also offers cake bombs – giant chocolate bonbons filled with cake and icing that are the epitome of gluttony – and she is in the process of developing chocolate bars.

Her customizable cakes are available to customers in D.C., Maryland and Virginia by ordering online. Additionally, she will be doing a pop-up at Steadfast Supply on Saturday, March 3 from 1-3 p.m.