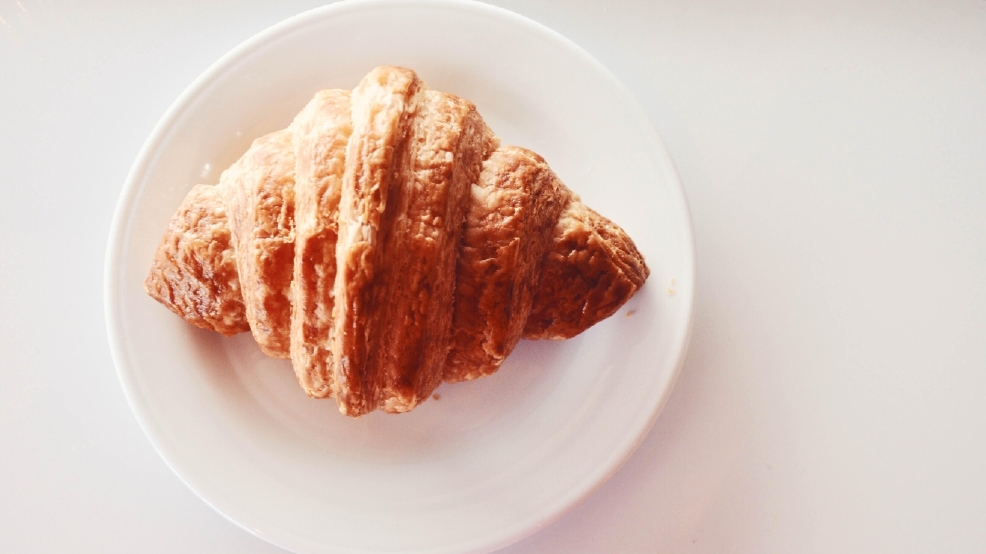 Driving into Del Ray is like driving into a town straight out of a movie. Families stroll the sidewalks, runners can be seen on every corner, yogis walk to their local yoga studio and millennials swarm the new locally owned restaurants, coffee shops, and boutiques.

And on the corner of East Monroe Avenue and Mount Vernon Avenue sits Junction Bakery and Bistro, a delicious new bakery that has locals standing in line for their fresh loaf of bread and morning pastry.

Junction Bakery opened in July of 2016 and is the brainchild of two men very familiar with the restaurant business: owner Noe Landini and head chef and baker Nathan Hatfield. You might recognize the Landini name from restaurants like Landini Brothers, Fish Market, and Pops Old Fashioned Ice Cream, all located in Old Town Alexandria. Landini is also the owner of Bar Deco in downtown D.C. Hatfield brings his skills to Junction after many years with Le Diplomate, Restaurant Eve, and Society Fair.

Fast forward a few years, Landini said one thing he had a problem with was finding really good bread on a consistent basis. "I met Nathan at Landini Brothers -- he would come in for a late lunch after his shift at Le Diplomate and sometimes he would bring bread. I really liked his bread," Landini laughed. "I thought if I could have this bread, have control over this and its consistency, that would be awesome."

The two teamed up to create what is now Junction Bakery and Bistro. "We both lived in Del Ray and we knew the Mancini building would be the perfect place for what we had in mind. Long story short, we kept poking at Barbara Mancini, and I promised her I would do something really special if she let me have her building...and here we are," said Landini.

Landini and Hatfield didn't want Junction to just be a typical bread and pastry place; they wanted high-quality ingredients to go into everything they produced. "You can mass produce ingredients, you can use preservatives, and if you are on a budget that's great," said Landini. "But we try to do things a little differently here. Everything is pretty much organic, whenever we can support local, we do. The flour is high end, everything is made by hand, we work with a local creamery for our dairy, our eggs are organic, and these things cost more money."

Landini said the difficult thing for some people is that extra dollar or two. " I hope that when people leave Junction they appreciate that everything is fresh and not focus so much on the sandwich being a dollar more than another place, but they focus on that we really took a lot of time and put a lot of care into making our food."

"You can expect delicious, fresh, made in house every day, pastries, bread, breakfast sandwiches, soups, and salads," added Hatfield

There are so many reasons to stop by Junction and enjoy some fresh baked pastries, but Landini and Hatfield want people to know that they designed Junction in a way to connect people and make it a little more personal. "It's a little more about the community, being laid back, being comfortable and having all your favorite things like your monkey bread and coffee in one place."

If you are thinking about heading to Junction tomorrow morning for breakfast or even for lunch, but can't decide what to order, try one of Landini or Hatfield's favorite menu items.