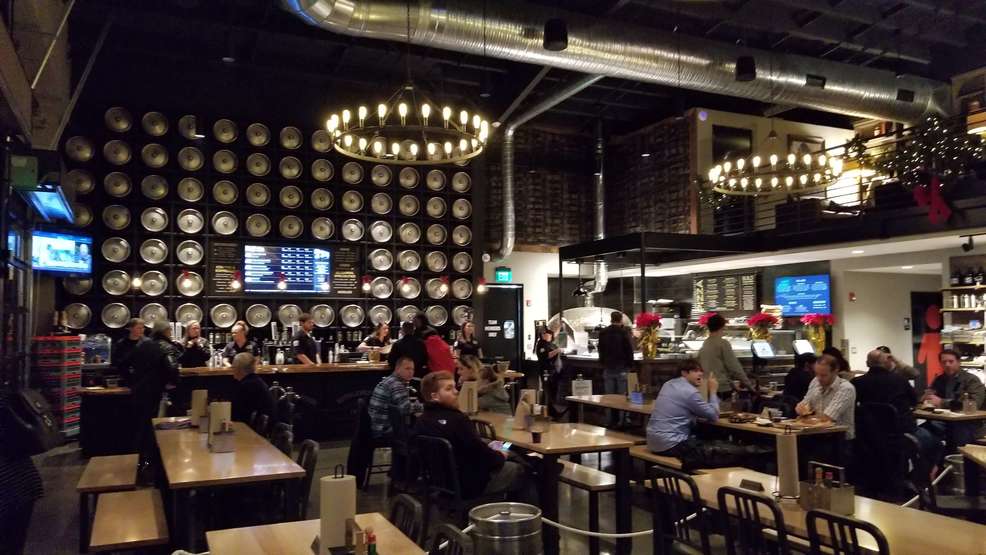 Feel like you’ve been-there, done-that when it comes to Virginia day trips? Well, have you been to Prince William County lately? With new restaurants, distilleries, wineries and breweries, there’s lots to sip, savor and sample. Here is a full-day itinerary that will banish those January blahs:

Start the day at Effingham Manor Winery in Nokesville.

The winery, owned by Chris Pearmund of Pearmund Cellars, opened in the summer of 2016 on a 42-square mile estate that includes a manor house, English garden, blacksmith shop, smokehouse, patio and concrete-swimming-pool-turned-koi-pond. A tasting of all eight varietals they currently offer costs $10. My favorites were the 2015 Viognier ($8/glass, $29/bottle), which is brighter and crisper than some Virginia examples yet still has the grape’s distinctive heady notes of honeysuckle and orange blossom; the funky, love-it-or-hate-it 2015 Norton ($7/glass, $25/bottle), whose dusty aroma is joined by flavors of leather, tobacco and wood; and the 2014 Meritage ($8/glass, $29/bottle), a stellar example of a Virginia Bordeaux-style red blend crafted with Cabernet Franc, Petit Verdot and Merlot, which is easy-drinking and balanced with blackberry and spice notes.

The wines are all well-made, though, and range mostly from $25-$29 a bottle, with the most expensive (2015 King's Ransom) topping out at $39. So purchase a bottle or two (and a sofa) and sip and hang out with some friends in the comfortable tasting room--or on the patio if the weather is cooperative. Feel free to bring in your own food, but note that kids and dogs are not allowed on the premises. Pearmund told me that it’s mainly because there are just too many historic aspects to the property, and staff shouldn’t need to be babysitting kids whose parents are not. Agree. Effingham Manor Winery is open daily 11 am to dusk.

Next, head for lunch at the newish Out of the Blue Crabs & Seafood in Gainesville, run by the adorable, affable husband and wife couple of Danny and Ryan Pell.

Start with Ryan’s favorite cocktail, the Out of the Blue Dirty Martini, with Ketel One Vodka and olive brine, served in an Old Bay-rimmed glass with three crabmeat-stuffed olives. Ever the gin purist for my Martinis, this drink made me a convert, at least for a little while--and it’s great with a basket of the hush puppies, which are way more flavorful than most of the fried mushy balls you tend to get a seafood joints. Ditto for the colossal fried shrimp, which were coated in a light breading that wasn’t at all greasy. Oyster varieties change regularly, and if you are a clam fan also throw in a dozen or so of steamed ones with drawn butter.

But let’s face it: you’re probably here for the crabs. And you should be. They are sourced from the Chesapeake when they can be, otherwise they come from Louisiana and elsewhere. Prices don’t generally fluctuate, Ryan told me, and they are sold by the dozen--or fraction thereof, and you can even get one crab if you want to. During my visit, the per-dozen price was $36 for medium, $60 for large, $84 for extra large and $120 for colossal. We went all in with colossal, and every one was sweet, and fresh and unbelievably good. Wash them all down with a brew or a glass of Kim Crawford Sauvignon Blanc.

After lunch, drive to MurLarkey Distilled Spirits in nearby Bristow.

Named for second generation, Irish-American cousins Tom Murray and Mike and Jim Larkin, the craft distillery specializes in flavored whiskeys. But before you snub your nose, let me tell these are the real deal. The team macerates their unaged whiskey in fresh ingredients including citrus peel, cocoa nibs and even dried bananas for spirits that taste true to their name. Never a fan of Fireball, I nonetheless was really digging the spicy-yet-not-sweet flavor of their cinnamon whiskey, which finished smooth rather than fiery, as well as their coffee version. Not a fan of flavored hooch? Their easy-drinking Heritage is made with a mash bill of corn, rye and barley, aged in barrels and finished in wine casks; funkier is the savory Smokehouse, a whiskey cured and aged in a way that leaves it tasting like smoked BBQ. I couldn’t help but imagine how amazing it would be in a Bloody Mary, or sipped on the rocks or with a little water alongside smoked brisket.

And white spirit fans aren’t left out in the cold. Justice, their potato-based vodka, is the distillery’s top seller. I preferred the ImaGINation a New Western-style gin that’s very lavender-forward; it would be lovely in a French 75. A tour of MurLarkey alone costs $5, while a tour and tasting is $17, and Virginia law limits the amount of pours to three-ounces per person, per day. The tasting room also boasts a large bar, where you can order 1.5 oz. cocktails using their products. (When I was there, the team was also working on some cool house made bitter and vermouths to use in their libations.) The distillery is open Tuesday and Wednesday by appointment, Thursday from 10am to 5pm, Friday from 10am to 6pm and Saturday from 1pm to 6pm.

Grab one of the fire pits, which are free but first-come, first-served, or reserve a domed “igloo”, which hold two to eight people and cost $50 to rent for a two-hour time slot, plus food and beverage minimum that runs from $100-$200 depending on the day and time. Or, sit at a table inside their restaurant, The Pour House, where flights of beers ($16) are cleverly served in muffin tins. They have five core brews, including their signature, Mason Pale Ale--though I’m more of a White Belgian girl myself. Seasonal options right include the not-too-baking-spice-forward Gingerbread Ale and the Smash, a single malt and single hop ale made with American-grown pilsner malt and Mosaic hops.

On the food menu is everything from several varieties of wings ($12.95 for eight, Italian, Asian or Chesapeake style), dips and salads (love the kale salad, $10.95, with Brussels sprouts, cabbage, quinoa, pecans, avocado, pomegranate and goat cheese, topped with lemon vinaigrette.) But the main draw are the handcrafted pizzas. 3 Little Pigs ($15.95) is a meat lover’s dream, with tomato sauce, mozzarella, pepperoni, Italian sausage and bacon; if you order The 2 Silos ($14.95) with tomato sauce, mozzarella, sopressata, roasted garlic and pepperoncini, make sure the entire table indulges or invest in a large tin of mints. And if you want to take some of their brews home, you can purchase a standard growler, or (more fun) a 64-ounce mini-keg for $45, or a charcoal ceramic milk-style jug for $75, plus the price of the beer.