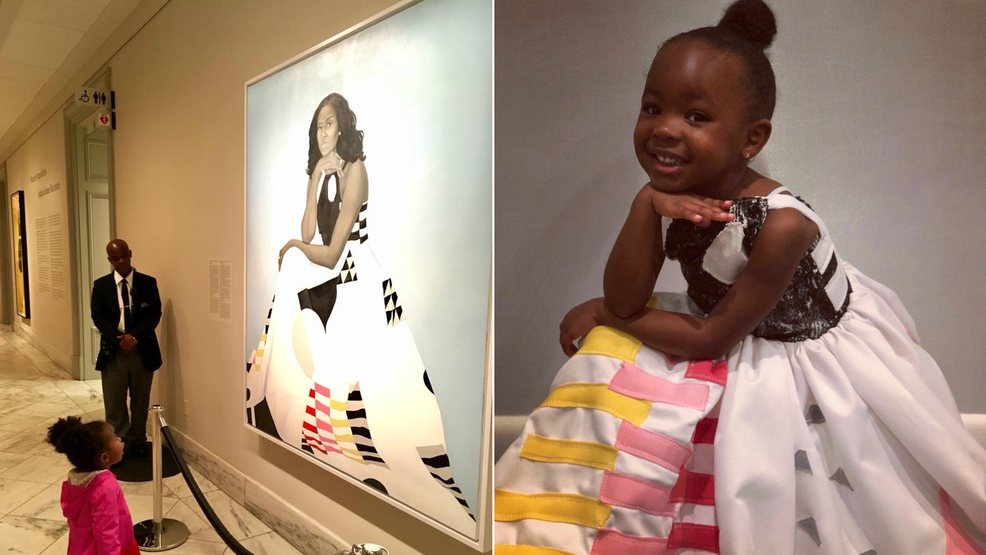 Parker Curry dresses as Michelle Obama for Halloween, months after a photo of her admiring a painting of Obama in the National Portrait Gallery went viral.
SEE MORE

You may remember Parker Curry, a little girl whose adoration of Michelle Obama's portrait at the National Portrait Gallery went viral in March.

And while we all know children's obsessions change minute-to-minute, it is months later and Parker still so loves the former first lady that she dressed as her for Halloween. Specifically, the version of her that appears in the painting.

It didn't go unnoticed by Obama herself, who tweeted to Parker to let her know that she "nailed the look" on Thursday morning.

“I am humbled, I am honored, I am proud,” Michelle Obama said at the portrait unveiling in February. “Young people, particularly girls and girls of color, in future years they will come to this place and see someone who looks like them hanging on the walls of this incredible institution.”

Amy Sherald, who is based in Baltimore, is the artist behind the portrait, and she was personally chosen by the Obamas to do the piece.

She and Kehinde Wiley, who painted Barack Obama's portrait for the gallery, are the first black artists to be commissioned for the National Portrait Gallery’s official portraits of a President or First Lady.