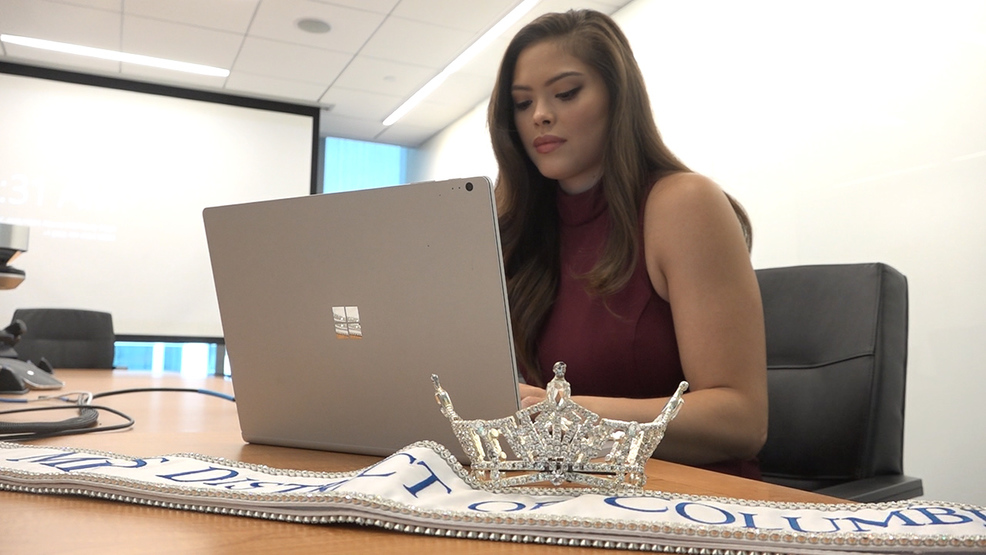 Miss DC is preparing to travel to Atlantic City to compete in the Miss America competition in September.

Allison Farris says she's been preparing everyday by keeping up with current events and practicing the piano. "Everything is going good. I have about a week left until I head to Atlantic City for the week leading up to competition" said Farris.

Farris is a software developer at Microsoft, where she creates and codes apps. Her love for technology blossomed as a young girl. Growing up as a classical pianist, it was music that led her to technology. She hopes that by competing in Miss America, she will be able to spread her message that women can do anything they put their minds to, including technology and/or pageantry.

Farris explained, "For me, I want a way to promote women in technology. When I grew up watching Miss America, I never actually thought I could compete for her. I didn't necessarily relate to her. I didn't realize you could be pretty and also be a computer programmer. Women are multi-dimensional and that is something that I want to bring to the job of Miss America."

In June, Miss America program officials announced it will eliminate the fitness in swimsuit portion of the contest. Board of Directors Chairwoman Gretchen Carlson said at the time contestants would no longer be judged by their physical appearance.

Farris said "It's an exciting time. It's great because we get to finally talk about what we bring to the table. The audience no longer has to guess what this person's platform is about. I am excited about this new direction." She went onto say "it's a bittersweet change."

She has already won $10,500 in scholarships competing at the state level, which will help her reach her goal of getting an MBA and becoming a Chief Technology Officer. The new Miss America is slated to win an additional $50,000 scholarship.

Farris leaves for the national completion on August 29th. The Miss America competition will air on ABC on September 9th.