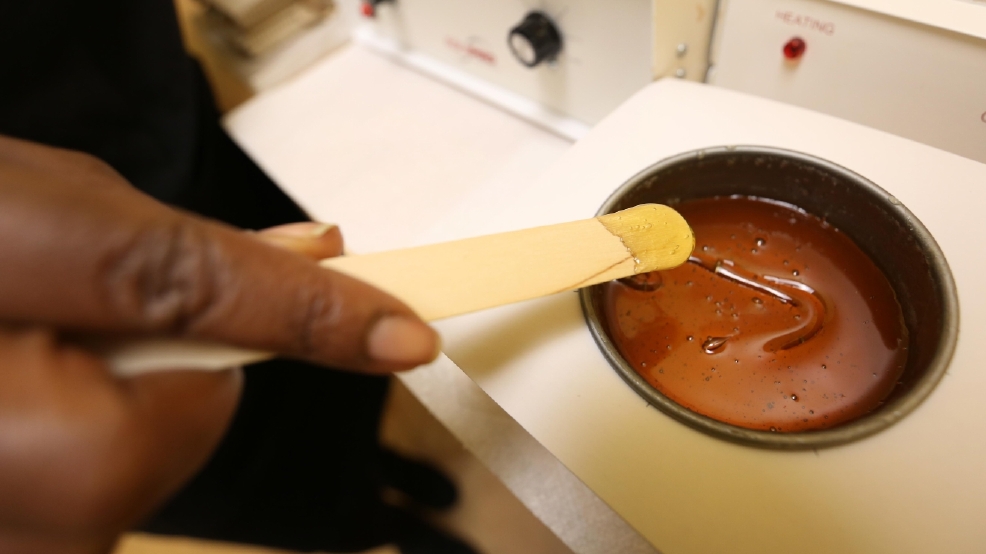 Any woman who has ever had a Brazilian wax knows how it goes. You go to your favorite salon, they bring you to a private room, the esthetician asks you to remove your pants and underwear and then tells you to butterfly your legs (no time to be shy) and the pain begins.

Hot wax is applied to your lady areas and your hair is ripped out strip by strip. You sit there sweating and swearing, hoping that the end is near.

I guess the saying "beauty is pain" may be true, but that's where Shobha comes into play. Shobha is a salon that specializes in sugaring. You may be asking yourself "what the heck is sugaring?" but don't worry, we have answers! We asked Shobha Tummala, owner of Shobha salons all the questions one could possibly have about sugaring. P.S. ... Did you know you can eat the sugar gel that removes all your unwanted hair and that the process is less painful than waxing?!

Sugaring resembles waxing, but is gentler on the skin, less painful and all natural. Like with waxing, Shobha Sugaring Gel is applied to the skin and removed with strips.

Where and how did the practice of sugaring start?

Sugaring dates back to the ancient civilizations of Mesopotamia, Egypt and Greece. It essentially started as a home remedy and as the forefather of waxing. Before different resins and chemicals existed, sugar and lemon juice did.

Why is sugaring better than waxing?

Sugaring adheres to the hair and less to the skin than wax, thus pulling less on the skin during the removal process. Less pulling means less irritation and less pain, while still effectively removing hair from the root, which is great for folks with sensitive skin. It is ideal for face, body and bikini areas.

Shobha's denim strips are also very green and can be washed and reused (if using the Shobha Sugaring Kit at home -- the strips in the salon are disposed of after use). Plus, the weight of the cloth helps to reduce pain.

What is the "sugar" made from?

Shobha's all-natural Sugaring Gel is derived from a secret family recipe that uses only sugar, lemon juice, water and a touch of glycerin. It's safe enough to eat and some even use it in cocktail recipes! Read more about the Shobharita and Shobha Rosewater Sangria here.

Can you get any area sugared that you can get waxed?

We recommend sugaring for the bikini and all areas of the body and face, except the brows and forehead. Threading is a great alternative for these areas.

Does sugaring permanently remove hair or will it grow back, like after a wax?

Similar to waxing, sugaring removes hair at the root, so it will grow back. Hair growth is different for everyone, but typically our clients come in every three to five weeks for upkeep, just like those who wax.